One of the best things about living in L.A. is that there's never a dull moment when it comes to our nightlife. There's always a dance party going on every night of the week, and we're not just talking top 40. We can expect to get down to everything on the dance floor from funk to indie electronic and industrial goth to hip hop. It sure beats working out at the gym. Here are our favorite dance nights in L.A. As always, leave your favorites in the comments. 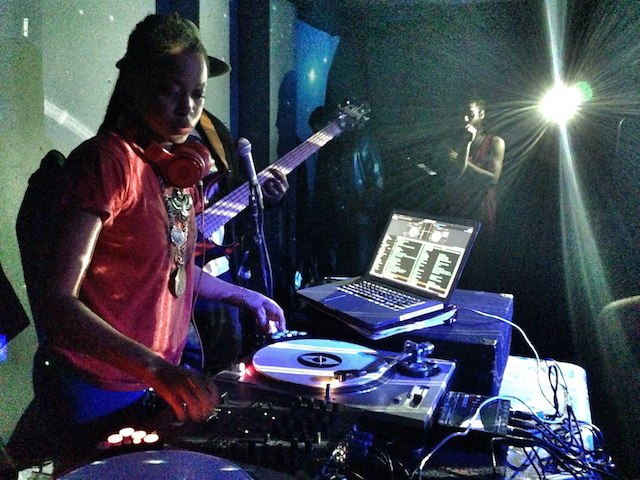 When you head over to the Airliner on Wednesday nights, expect to hear all sorts of underground and experimental hip hop and electronic music blasting through the dive bar's speakers. Low End Theory is put on by the Brain Feeder crew, a record label that boasts acts like Flying Lotus, Thundercat and Tokimonsta. Their resident DJs include Gaslamp Killer, so you know you're in for a good one every week. Drinks are cheap, so you can grab a PBR tall boy for $5. And Prince, being the omnipresent music god he is, graced Low End Theory with his presence earlier this month—which says everything you need to know about just how cool this night is. Make sure you line up early because this dance night gets packed pretty quickly. 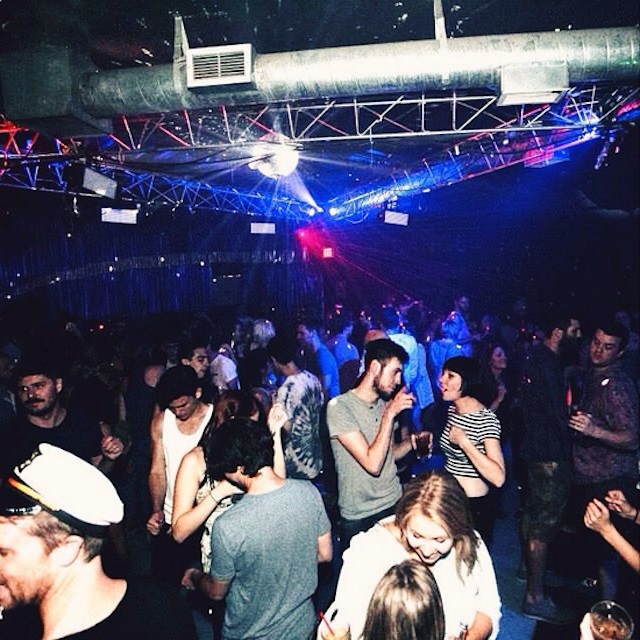 Every Saturday over at the Satellite in Silver Lake, you can expect to get your indie-electronic dance on. The Satellite takes its cues from one of the best dance-floor jams of our generation: LCD Soundsystem's "Dance Yrself Clean." The music selection is all over the place but in a good way: one moment you might hear Daft Punk and the next Chromeo and Nine Inch Nails. You just might find yourself belting out the lyrics in unison with the crowd to Le Tigre's "Deceptacon" while a fog machine belts out smoke. It's a casual party with no pretentiousness, and cheap (if not free) to boot. 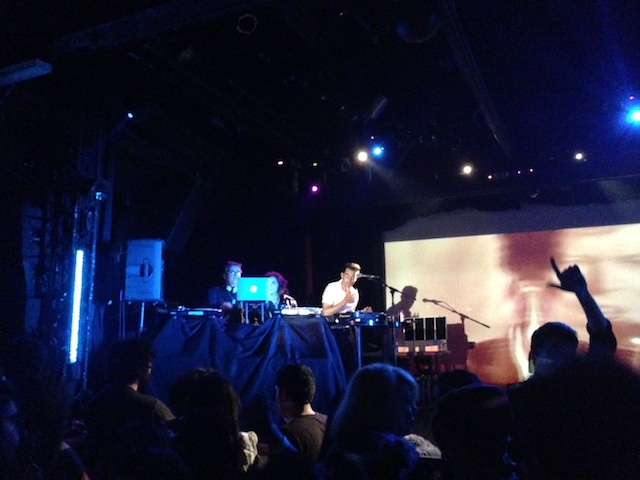 Part Time Punks at the Echoplex (Photo by Jean Trinh/LAist)

Part Time Punks is like a love letter to your favorite old band (especially if your favorite old band hails from the '70s to the '90s). Whether it's David Bowie, the Smiths or the Cure, this dance party—which is held every Sunday at the Echo or Echoplex—devotes an entire evening to an artist or a group of bands from a particular record label. This means the DJs only play tracks, B-sides, and remixes that are related to the theme of that night. Plus, they sometimes have some celebrity guest DJs (like Andy Rourke of the Smiths who we saw spin on the ones and twos recently). It's a no-frills party where you can wear whatever you want (which means some hardcore flashback outfits—bring your guyliner and goth outfits) and dance the night away.

Part Time Punks is every Sunday night at either the Echo located at 1822 Sunset Blvd., Echo Park, or Echoplex at 1154 Glendale Blvd., Echo Park, (213) 413-8200. Start time and prices vary depending on the show. Check the Echo website for more details. 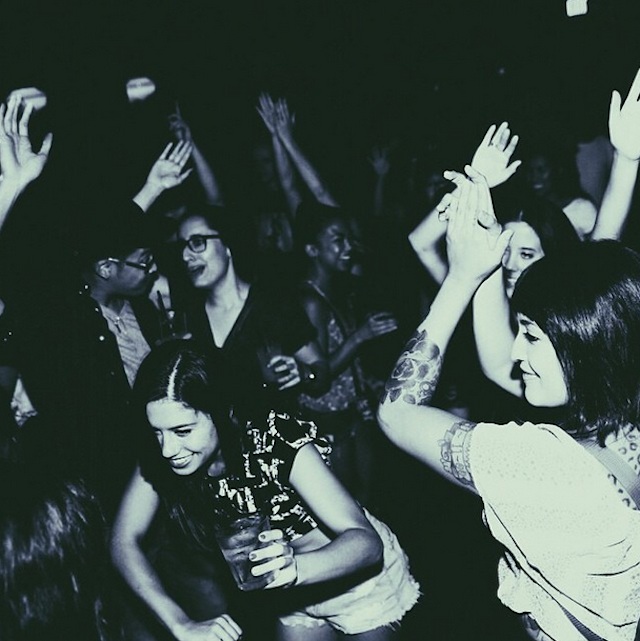 The Virgil's Funkmosphere is a low-key weekly event helmed by Stones Throw artist and founder Dam-Funk. Expect to get down to '80s funk, soul and electro music from a lineup of rotating DJs. The moody and dimly-lit Silver Lake bar always offers cheap drink and shot specials (we recently had a delicious and creamy horchata shot during a Funkmosphere night). And if you need a break from all the dancing, you can always head over to their lounge on the other side of the bar, where another DJ is spinning funky tunes, and you can chill with your friends. 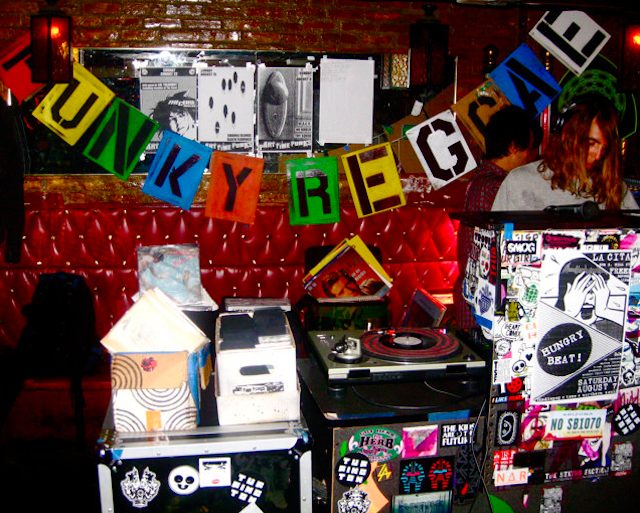 Downtown L.A.'s Mexican dive bar and dance hall, La Cita, is an institution in the city. Not only does it offer one of the best happy hours (or what they call "angry hour") every Friday with $3 Tecate beers, $4 well drinks and free pizza, they continue their celebration of the weekend right after with their weekly Punky Reggae Party starting at 9 p.m. DJs spin on vinyl a mix of ska, post-punk and reggae tunes while party folks dance under colorful, glowing Christmas lights. 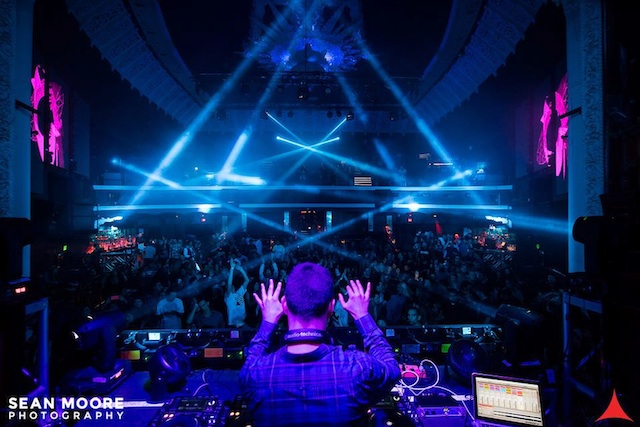 For the EDM heads, you can get your dose of pulsating bangers over at Avalon in Hollywood on Fridays for "Control" and Saturdays for "Avalon Presents." For years, they've been featuring some big-name DJs and up-and-comers in the electro, progressive house, trap and indie dance genres. Everyone from Skrillex to Dillon Francis and Major Lazer have headlined shows there, and every now and then you'll get some surprises that illustrate the club's eclectic taste, with acts like Hot Chip and Waka Flocka Flame. Avalon is housed in a historic building that's been around in Hollywood since the 1920s, and over the past year, the owner has revamped the space with a pretty sweet sound system and a wall of LED lights. We've never seen so many lasers shoot out into the crowd at a club. It's that kind of place.

It's always a dance party at Bar 107. This is one of those dive bars where you can throw caution to the wind, easily get trashed on some cheap drinks and end up getting on stage dancing your heart out to '80s music spliced with some newer pop tracks. There is a charm to this dingy bar decorated with random knick knacks, including a large stallion statue and painted portraits. Oh, and don't be surprised if enthusiastic guests throw their beer in the air and splash you with it. It sounds messy, but it's a lot of fun, especially on Friday and Saturday nights. 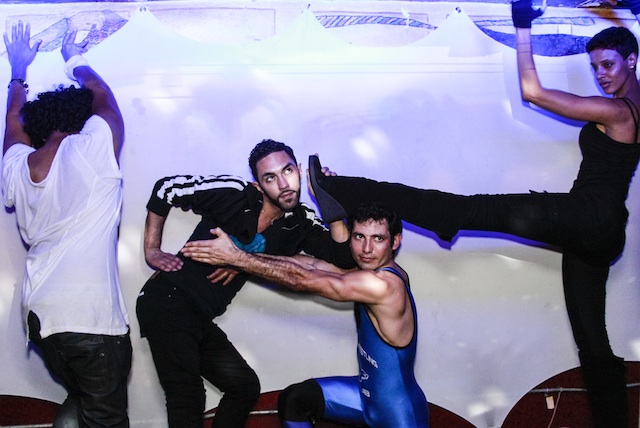 While Akbar provides a place to drink ‘n’ dance nightly, the pulse of LGBT nightlife east of West Hollywood lies in weekly and monthly nights at warehouses and non-gay-specific bars around town, like Mustache Mondays at La Cita. For more than seven years, Mustache has given queer folks a reason to get dolled up and get out of the house on a Monday night. DJs Josh Peace and Total Freedom spin progressive house, alternative dance and hip-hop tracks perfect for booty shakin’ or walking the runway, and appearances by the likes of Azealia Banks, Mykki Blanco and Sam Sparro keep the night relevant week after week. Fashions run from ripped T-shirts and denim to glittering drag regalia to wearing not much at all—just do you and you’ll have fun. —Billy Gil

This dance party takes place every first and third Saturday at the Echoplex, and they only charge a $10 cover. It was launched in San Francisco by a couple of DJs as their tribute to bootleg mashups, and the sounds still ring true at their regular L.A. party, meaning you'll never be bored because the tracks are constantly switching up. The great thing about all of the dance parities at the Echoplex is that thing are a bit more casual, meaning girls wear their Chucks and cut loose without feeling out of place.—Krista Simmons 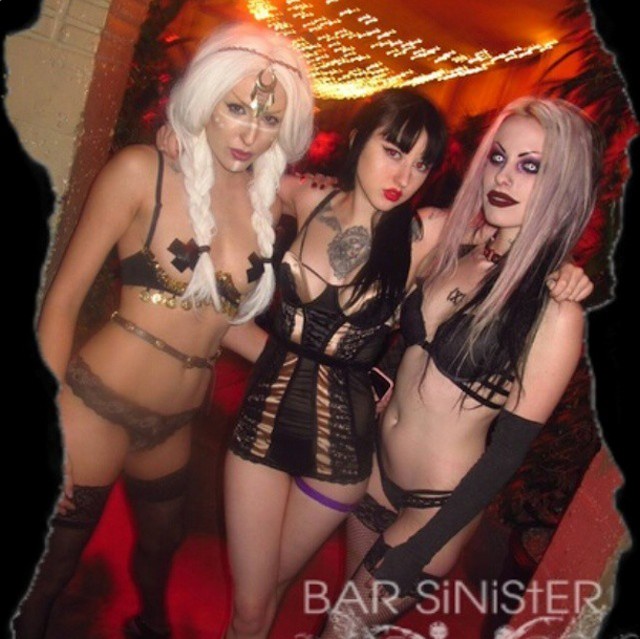 If you're feeling like unleashing your inner goth, Bar Sinister on Saturdays at Boardner's is the place for you. Although, really it's going to be more like leashing as this dark party comes with a side of S&M. In the dimly lit ballroom, you can expect vinyl-glad go-gos and patrons dancing to industrial, goth and dark wave. Venture upstairs, and you might find yourself tied up or spanked. (Consent is key, of course.) There may also be a band on the patio, depending on the night. If you're feeling a little more '80s, then check out Blue Mondays. This 80s/dark wave party has the same goth-y vibes, but expect more Depeche Mode and Siouxsie Sioux and the Banshees than Front 242 and Combichrist. While polite voyeurs are welcome, donning black is recommended. —Juliet Bennett Rylah

If you're into funk, soul and fancy footwork, then this is the dance party for you. The music at this weekly party at the Echoplex is hard not to dance to, and you'll find yourself grooving out on a floor packed with breakers and folks doing the modern equivalent of the electric boogaloo. Drinks are cheap, and the cover's free before 10:30, and $5 after, which sure beats having to pay for bottle service at a douchey Hollywood nightclub. —Krista Simmons 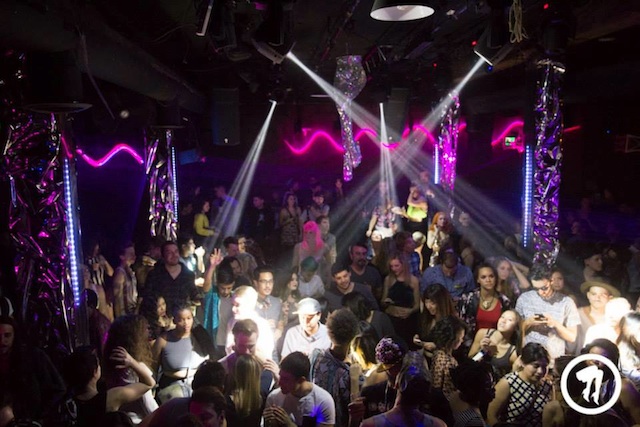 A Club Called Rhonda at Los Globos (Photo via Facebook)

If you like to get weird, then Rhonda is your gal. This underground dance party is named after a fictitious hedonist that's been stripped of judgement, and is all about uninhibited self expression. A Club Called Rhonda parties—which have been going on at Los Globos since 2008—attract folks from all walks of life decked out in whacky, hypersexual costumes, as well as some of the best DJ talent including Simian Mobile Disco, Hot Chip and LCD Soundsystem. This is the place in L.A. to get your inner freak on. -—Krista Simmons