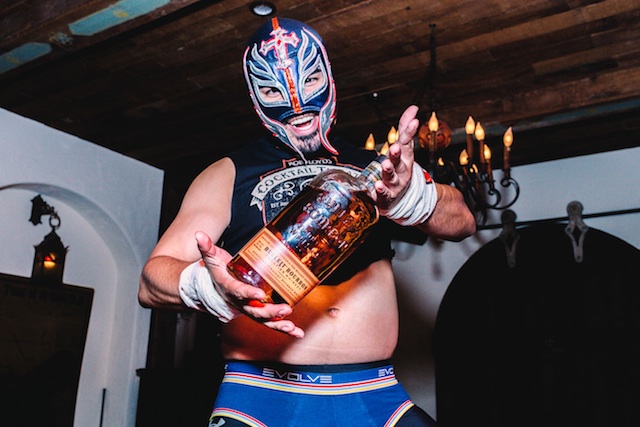 There's more to learning how to make a cocktail than just following straight recipes. A traveling Cocktail Theatre show that aims to teach you how to make libations and has elements similar to the History Channel and The Rocky Horror Picture Show is making its way over to Santa Monica on Jan. 23.

L.A.-based molecular mixologist Rob Floyd, who's designed cocktail programs for hotspots like Chateau Marmont, Hotel Roosevelt and SLS Hotel, has been running his normally sold-out Cocktail Theatre for the past two years, taking it to cities like Las Vegas and New York. A $50 ticket to the show, which takes place at Sonoma Wine Garden at 8 p.m., will get guests four cocktail tastings, paired appetizers and a zany show.

How bizarre is it? Well, let's just say they have characters with names like the Bunny and the Luchadore (yes a dude in a Luchador mask) who show their chops in doing comedy performance theater. Each show has a different theme—from pirate shows to the zombie apocalypse and kama sutra. But for this particular one, the theme is the "Best of Cocktail Theatre," which Floyd tells LAist is a more refined and polished show than the others, but still wacky. Although the show is scripted, Floyd says he gives wiggle room for the actors to play tricks on each other. 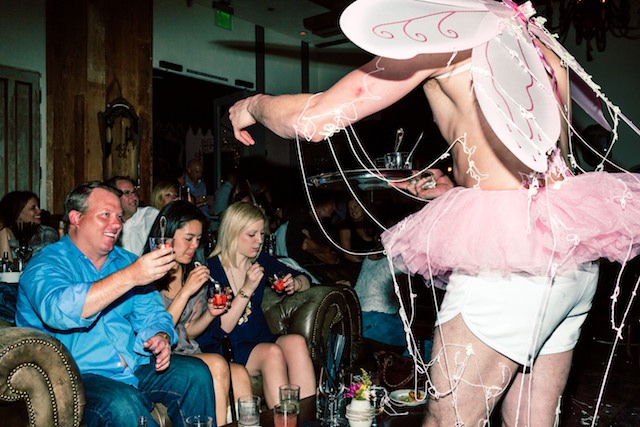 And while you have a drink in your hand sitting in the audience, Floyd will teach you the basics and neat tricks to create cocktails from scratch. He includes different kinds of spirits—vodka, gin, rum and bourbon—and instructs folks on how to make libations from the 1800s to today's fancy molecular-based drinks.

Floyd says the characters in the show represent his brothers and sisters growing up. He was inspired to create Cocktail Theatre because of his father. "He was a brilliant physician, loving husband, terrific father and a master storyteller," Floyd says. "The dinner table was never just about the food; although my mom is a great cook, it was about the incredible stories he would tell. I was so amazed how he could hold our attention, entertain and teach all at the same time."