Skinnygirl Founder Might Be Making A 'No Munchies' Weed Strain 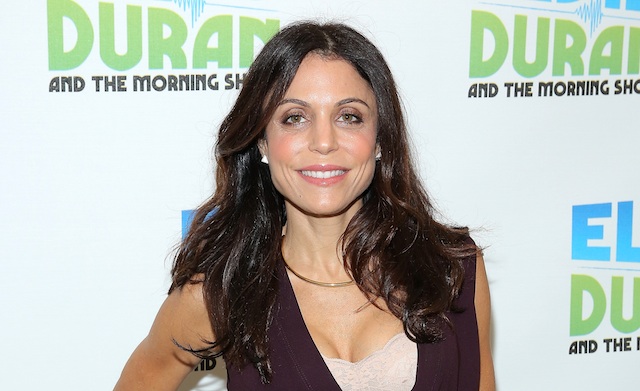 Those guilt-ridden, late night trips to Taco Bell after a blaze sesh could be over soon. Skinnygirl founder Bethenny Frankel is apparently working on creating a marijuana strain that won't give stoners the munchies after smoking it.

In the same vein as 44-year-old Frankel's low-calorie cocktails company, she could just be on the verge of a discovery that would help people keep to their New Year's dieting resolutions while still floating on a nice and relaxing high.

A source close to Frankel tells US Weekly: "It will be a specially engineered strain of pot designed to not give you the munchies. She read about how profitable the cannabis industry is and wants to get in on."

This Skinnygirl marijuana would be launched in states like Alaska, Colorado, Oregon and Washington, where pot is legal, the source says.

Even though Frankel hasn't confirmed her new entrepreneurial plans yet, there may be something a-brewing. TMZ reported that Frankel was seen leaving the Green Dragon Dispensary in Aspen, Colorado last month, a place they call the "Barney's New York of pot sales."

She tweeted this out in December:

OMG it's the craziest thing to see marijuana legal in Aspen. People walking into pot stores like it's the @Gap #prohibitiondone

We are wondering just how Frankel plans to create this engineered strain. A 2014 Nature Neuroscience study (via Smithsonian) found that THC, marijuana's active ingredient (and pretty much the chemical that can be credited to giving most of the psychological effects of weed that make it fun), is the root of the munchies. Researchers suggest that THC heightens people's sense of smell and taste, and also trick their bodies into thinking they're starving, so they end up getting the munchies.

But maybe there's more to it than just the THC. Frankel isn't the only one researching a "no munchies" weed strain. High Times reported last January that British researchers are trying to do something similar to see if a special THCV compound and cannabidiol (CBD), one of the active ingredients in marijuana, could be used to suppress appetites and treat obesity.

Earlier this week, Frankel also tweeted that her other company Skinnygirl Daily, would be making Skinnygirl versions of popcorn, salad dressing, candy and coffee. Maybe her new weed strain will lend itself to light, low-caloric snacking.