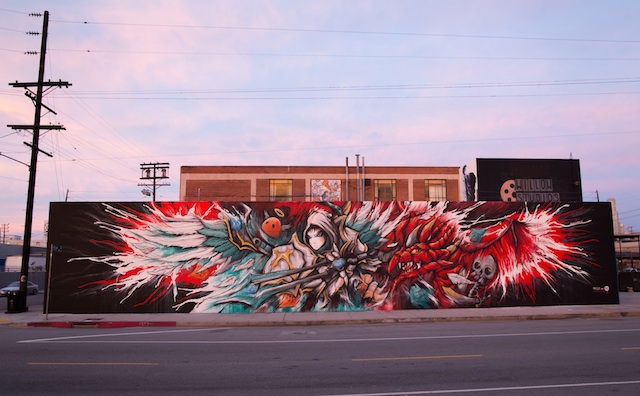 Over in the Arts District, a new 2,000-square foot mural is now up, created from the mind of Australian street artist Meggs. And if you've been curious what the process is like in painting such a huge undertaking, there's a neat time-lapse video of the mural being put up that shows it from start to finish.

The mural is painted against a wall at 568 South Sante Fe Avenue, and is part of a marketing campaign for mobile gaming company Com2uS' game Summoners War. Meggs—who's painted murals all around the world, including a few in Los Angeles—single-handedly worked on the mural for six days. It's Meggs take on the Summoners War characters known as Arch Angel, Dragon and Angelmon.