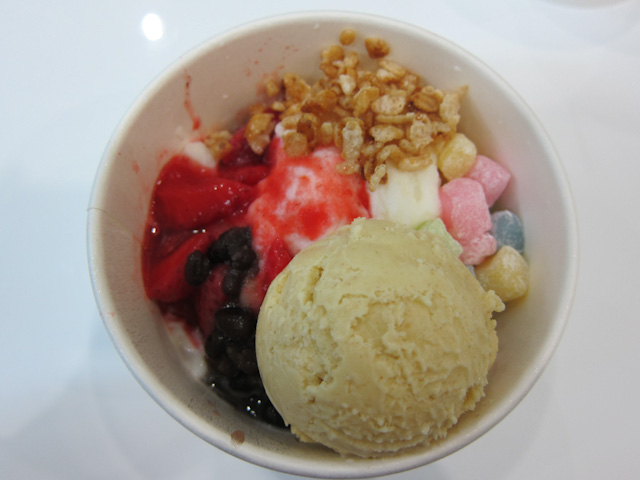 While we've seen a ton of shave ice shops popping up all over Los Angeles, there's a new one that just opened in the San Gabriel Valley that has a twist—it's owned by a pastry chef who's worked at fancy restaurants from the likes of Providence to Water Grill.

John Park, who's had a 12-year career as a pastry chef in Los Angeles, ditched that to open ice cream and pastry shop Quenelle in Burbank in August 2013, a spot known for its creative ice cream flavors from passion fruit kaffir lime to caramelized pineapple. Earlier this week, he launched his second location—for shave ice only—on Main Street in Alhambra, Ice Que. 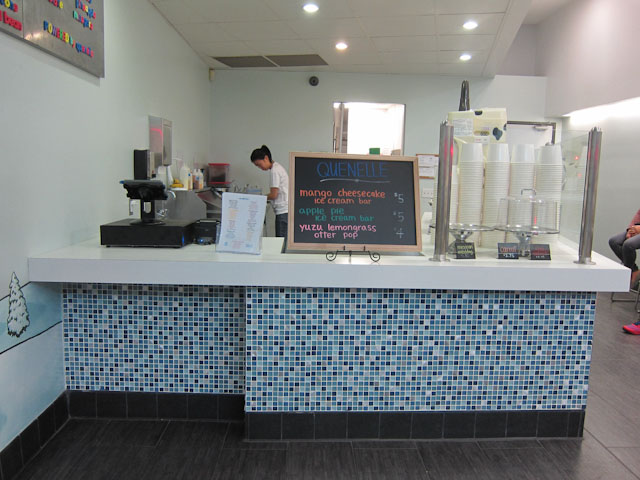 While he has a build-your-own shave ice options like Blockheads Shavery, Park tells LAist that his versions are unique because the syrups, ice cream, and toppings are all made in-house. "Whereas other places focus on the ice and a little bit of syrup...for ours, we'd like to think of it more as a complete dessert where the ice is the vessel for everything else—the ice cream, the toppings, the sauces," Park says.

They also offer tested-and-true flavor combinations under their "OmaQUEse" menu (a play on the Japanese term "omakase" which refers to sushi dishes where you let the chef decide what to serve you). Park says that every culture has their own version of shave ice, from Mexican raspados to Filipino halo-halo and Korean pat bing soo. The cool part about Ice Que's menu is that they pay homage to some of these different versions of the same dessert. 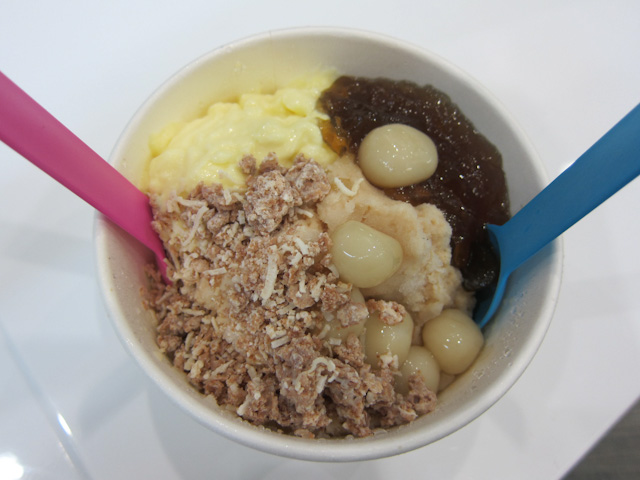 One of our favorites that we tried from the OmaQUEse menu is the Chinese-inspired Milk & Honey shave ice. Its base is a vanilla ice, topped with coffee caramel, egg pudding, honey jelly, rice cake, and coconut flakes. Just like Kim says, the complex toppings really stand out. The texture from the crunch coffee and coconut flakes add something special to the dessert, and it's all balanced in flavor; it really does taste like milk and honey. It's a step up from your average shave ice because of its unique and complex combinations. Same goes for their Horchata flavor—with its horchata ice cream, almond cookie butter rolled into little balls, cinnamon milk, and crispy caramelized rice, it tastes like you're biting into some Cinnamon Toast Crunch. They've also got their own take on Japanese shave ice, their Little Tokyo option, that comes with azuki bean as well as green tea ice cream and jasmine milk; and the K Pop Bing-Su which has misugaru (toasted grain) ice cream, caramelized rice and mochi. 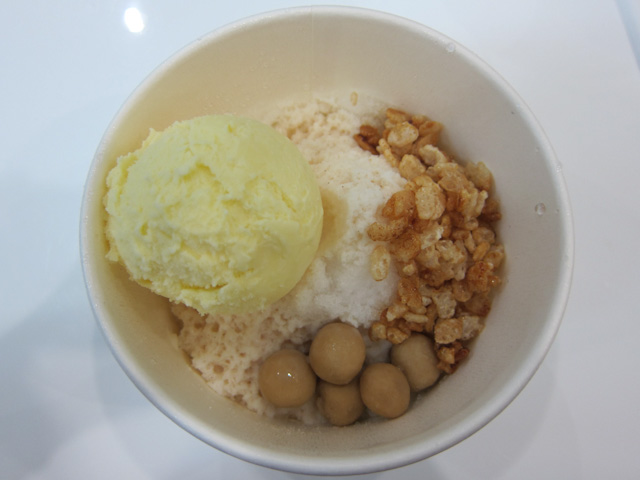 In the future, Park plans on switching up the menu and adding some new flavors like orange creamsicle, apple pie, and key lime pie—basically, he says he can tweak a variety of desserts into shave ice form.

And when you walk inside the cozy Ice Que shop, the decor might just bring you back to your childhood just like the shave ice does. The wall is painted with cute animals sledding down a snowy and mountainous landscape, something that came from the previous tenants who also ran a shave ice shop there. The letters on the menu on the wall are colorful and reminiscent of stuff you'd see in kindergarten. There's also a wall lined with children's books. 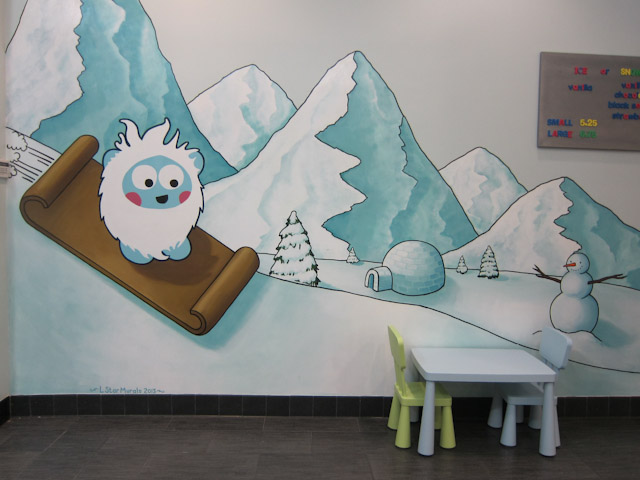 The cute wall at Ice Que (Photo by Jean Trinh/LAist) 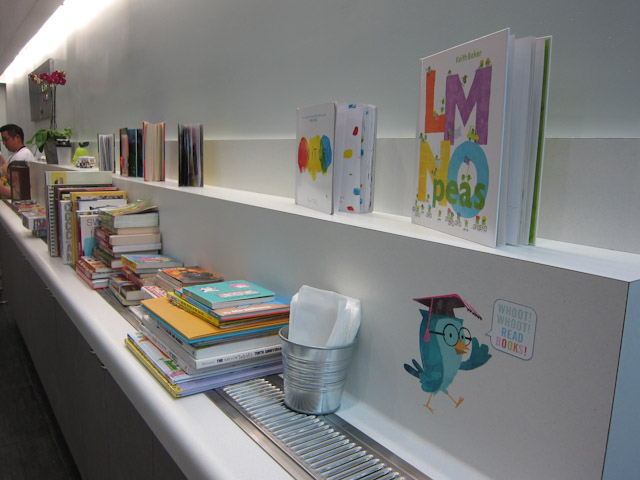 Also, there's a reason behind his Quenelle and Ice Que (a shortened form of Quenelle) names. Park says that quenelle, the football-shaped scoop of ice cream that you get on top of desserts at fancy restaurants, is so important and hard to master that he feels it's what separates good cooks from bad cooks.

"A lot of cooks and pastry cooks—they actually have a really hard time making a nice quenelle—so for me that word means a lot," Park says. "It's that attention to detail, level of refinement that we're trying to bring to the neighborhood."

As for what's on the horizon for Park, he'll be opening his second Quenelle location and a cold-pressed juicery in San Marino in three weeks, spreading his wings in the SGV community.