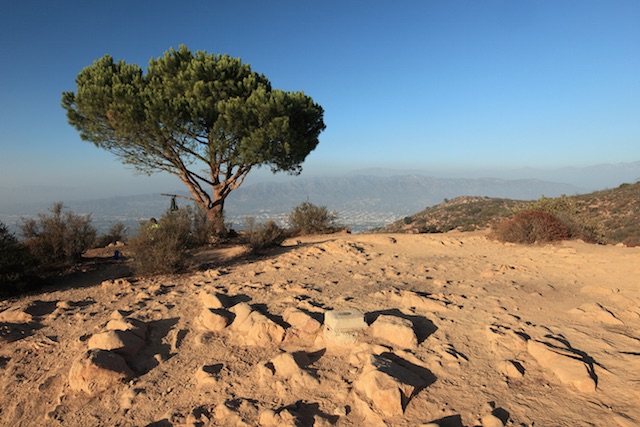 Most popularly known at 'The Wisdom Tree,' one lone pine tree on the Cahuenga Peak Trail in Griffith Park has served as an unofficial point of reflection for many. The man who facilitated much of that reflection is worried about its longevity.

Some say the tree was planted 35 years ago after a man got a free sapling from a McDonald's. Others say it was a Christmas tree someone decided to plant. Mark Rowlands, 58, said he first saw the tree in 2007 via helicopter, he told LA Weekly. A fire had done some damage to the area and the Wisdom Tree had been singed, but spared. At this point in time, the tree was on privately owned land and there weren't any clear trails to get to it.

Rowlands took an ammo box up to the tree and stuffed with pencils and notepads. This box served as a means for those who hiked up to the tree to share their thoughts. For years, Rowlands has uploaded those thoughts to a website he maintained.

The path to the tree wasn't well-traversed until 2010 as it wasn't public property and therefore there were no real trails to get to it. Before 2002, the land was owned by Howard Hughes. In 2002, some investors from Chicago bought up the land with the intention of building five homes. This didn't sit well with Angelenos, who weren't aware that the land wasn't already a part of the park. This led to the Trust for Public Land spearheading a campaign to raise $12.5 million to buy the land from the Midwest investors. The campaign involved hanging a sign over the Hollywood sign that read "Save the Peak." As the campaign neared a close, it was Playboy founder Hugh Hefner who provided the last $900,000.

Griffith Park took over the land and added a few trails, and they added the Wisdom Tree to their maps. Eventually, the tree became a popular destination for hikers. Under the moniker 'The Giving Tree,' the tree has a 4.5 star rating on Yelp.

Flipping through Rowlands' online pages, you can see many messages of inspiration or awe at natural beauty, and a lot of nods to smoking weed. And some advice from someone who signed their name as David Lynch in 2008: "Keep your eye on the donut, not the hole." 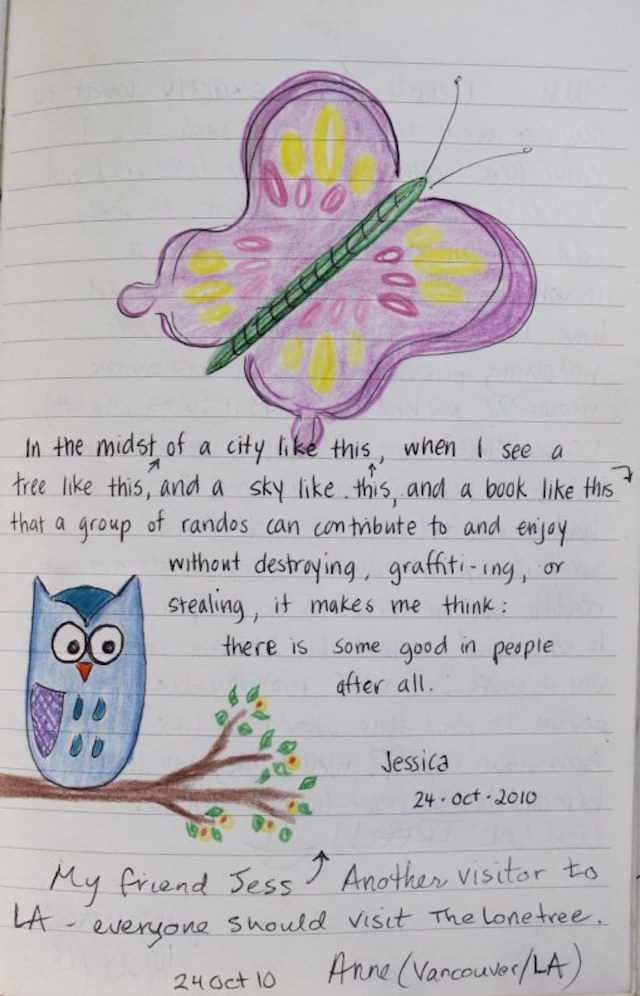 A note found on Mark's website (Photo via My Tree LA) 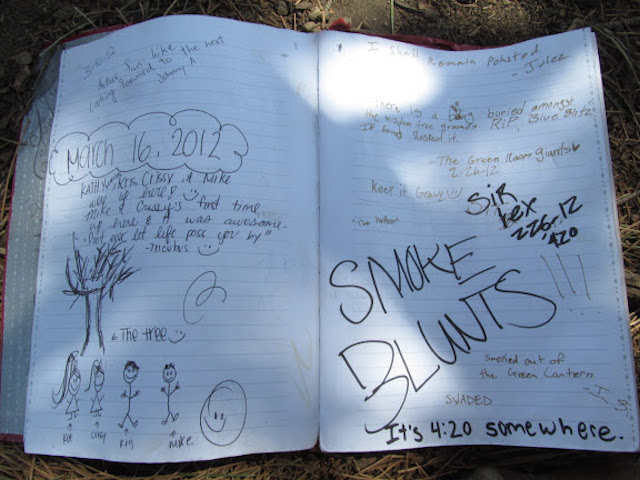 Rowlands told LA Weekly that he worries about the tree. The more people that come, the more litter that gets left behind and the more people carve their initials into the bark. He's especially worried someone will chop it down. There are instructions on how to get to the Wisdom Tree here, so if you go, respect the tree and leave a message.