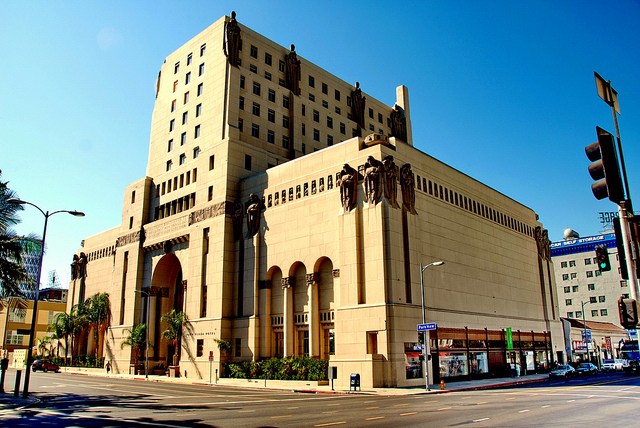 Westlake's Legendary Park Plaza Hotel is getting some much-needed love and attention from the folks behind Hollywood Roosevelt Hotel. The glamorous and nearly century-old building that has been mostly closed off to the public except for special events is getting redeveloped.

DCGG Park Plaza, the owners of Hollywood Roosevelt Hotel, partnered up with the owners of the Park Plaza Hotel, so they'll be working together on this project, according to Curbed LA. However, they haven't revealed what the space will be used for just yet, but it could possibly become a entertainment and restaurant hub, or maybe even a hotel a long way down the road.

Most recently, the 12-story building, which overlooks MacArthur Park, has been used for a New Year's Eve concert with Blood Orange headlining, and KCRW holds its annual Halloween masquerade ball there every year. The Park Plaza Hotel also is a popular spot for film and TV shoots, weddings, and other events. You might have spotted this hotel in films like Gangster Squad, Drive, and The Fisher King. 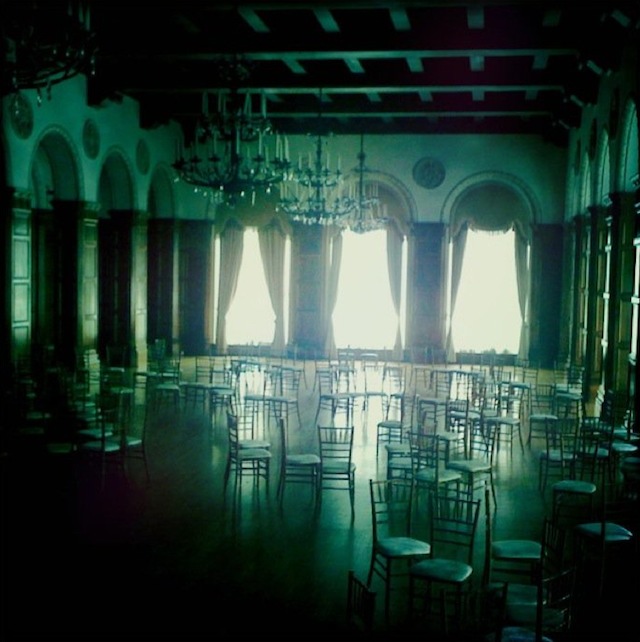 The neo-gothic-style Park Plaza Hotel was designed and built in 1925 by architect Claud Beelman for the Elks to serve as a lodge, named Elks Lodge No. 99, according to the hotel's website. However, eventually the Elks sold the space and it became a fancy hotel renamed as the Park Plaza Hotel.

Just how baller of a place was this hotel? According to the Daily Mirror, it once had 175 hotel rooms, a stunning ballroom, nearly a dozen handball courts (because it was probably cool to play that back then), two rooftop gardens, a swimming pool, and six bowling alleys. 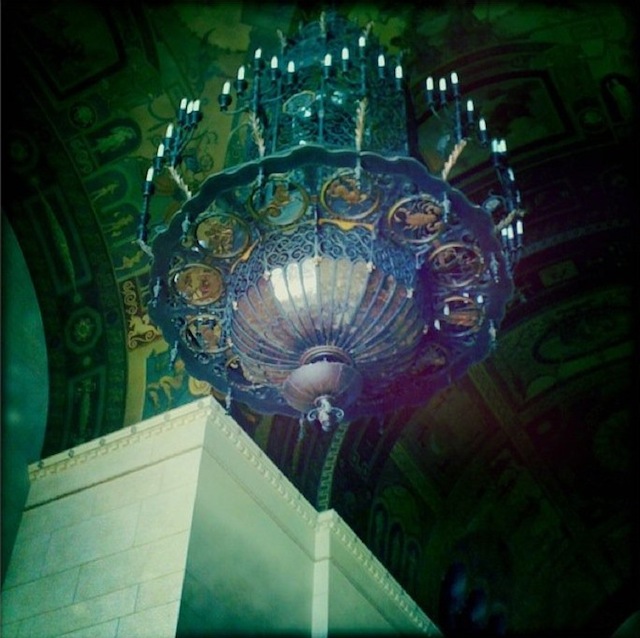 It would later only be used for special events and shoots. And it eventually was deemed by the City of Los Angeles Cultural Affairs Department as a historic-cultural monument.

This revamp of the Park Plaza Hotel comes on the heels of some recent redevelopments of historic buildings like the ACE Hotel, the Regent Theater, and a soon-to-come church-turned-boutique-hotel in Silver Lake. Although we're not sure what's in the cards for the Park Plaza Hotel, we're hoping it'll become as dazzling as it was in its heyday.