How L.A. Chefs And Restaurants Are Celebrating The Foie Gras Ban Lift 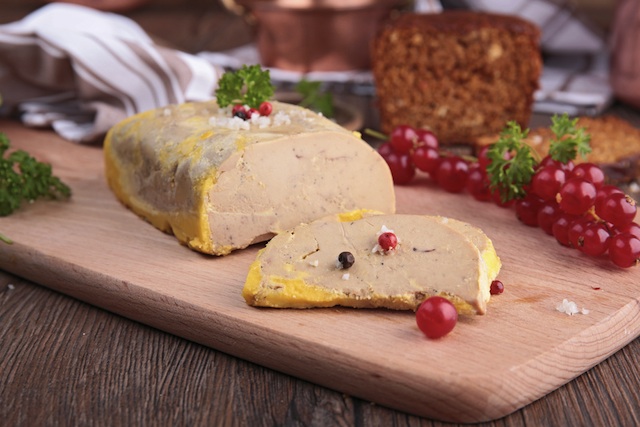 The California food world went aflutter today after a federal judge lifted the 2-and-a-half-year ban on foie gras, declaring that it would be legal to import the decadent and fatty goose and duck liver from out-of-state.

Chefs around Los Angeles have been scrambling to put together foie gras-centric menus, tweeting out to followers that they're celebrating this momentous occasion. Michael Cimarusti, the chef at Providence, tweeted, "It feels a little like December of 1933," equating this lift to the end of Prohibition.

So excited to add some amazing Foie gras dishes to @PetittroisLA and @TroismecLA menus!!! Justice.

Animal co-owner Jon Shook told the L.A. Times that foie gras is getting on his menu ASAP: "Hell yea!! Friday night is the plan. All the product is coming in tomorrow and the foie will show up on Friday if everything goes right."

Eater LA reports that Josiah Citrin of our famous two-Michelin star restaurant Melisse is already getting a head start with a foie gras supplement on his $135 tasting menu tonight. Also, french brasserie Terrine will have a full-out foie gras menu available on Monday.

@eatersf @Eater toMorrow Free cotton Candy Foie Gras to All!!!! @BazaarLA @SLSBeverlyHills just stop at the door from 5 to 7!!

It looks like HYDE on Sunset chef Chris Crary (of Top Chef Season 9 fame) is also adding the fatty liver to his menu:

Animal rights activists who argue that force-feeding duck and geese is inhumane and cruel aren't too pleased with this new development. PETA's got a new name for chefs using foie gras; they tweeted out, "Fathead = US word 4 chefs who serve birds' bloated organs." Pro foie gras folks argue that duck and geese don't have same gag reflexes as humans do, and it doesn't bother them to be force-fed.

Either way, it looks like Californian chefs are bubbling with excitement and are planning some delectable dishes to come.