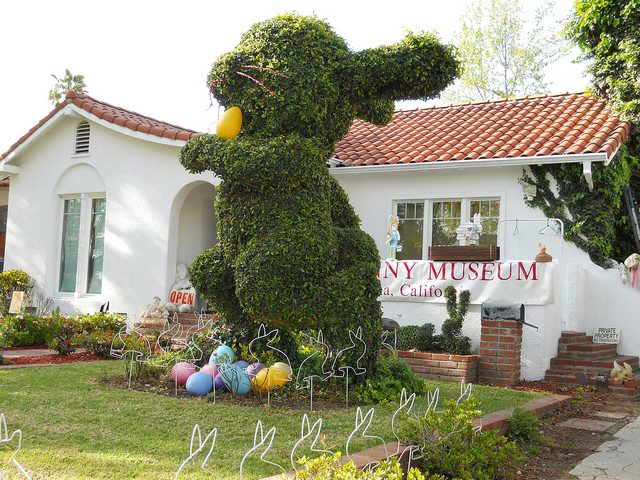 Pasadena's offbeat Bunny Museum has been pretty much a fixture of quirky L.A. culture for the past 15 years. Huell Howser's filmed a segment on it, actor Elijah Wood made a creepy Funny or Die throwback '90s video celebrating it, and apparently over 23,000 people have visited the spot since it opened. But now, the owners are saying they're running out of room in their private home where the museum is located for their over 30,000 bunny artifacts—and they've launched a Kickstarter to help raise money for new and larger digs.

Married couple and owners Candace Frazee and Steve Lubanski are hoping people "hop to it" and start donating money to their museum, which recently received a nonprofit status in November. On their Kickstarter page, they've raised over $800 so far for their $200,000 goal that they're hoping to meet by Feb. 10. It would go to a larger space that would have a parking lot, a restaurant, public bathrooms, and even a full-time veterinarian for the actual live bunnies that are hopping around.

"We want to create a museum that will sustain itself after we have passed on," they wrote on their Kickstarter page.

When you walk into the cramped museum/cottage home, it's stuffed to the brim with bunny tchotchkes, and the couple has so many that the Guiness Book of Records has deemed that they have the largest bunny collection in the world. 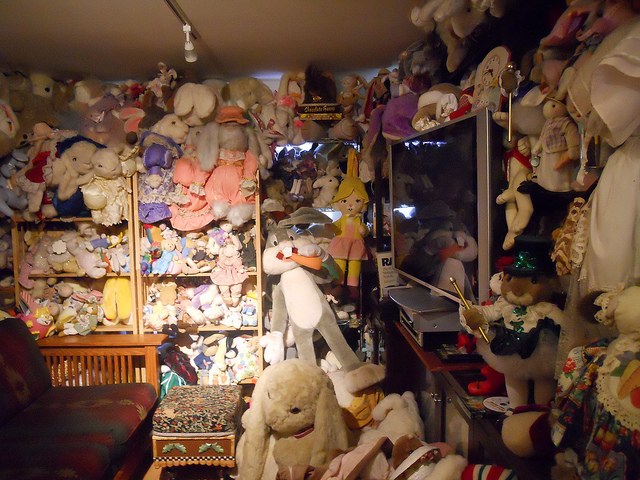 The couple has some videos on their Kickstarter page that describe how they got their start with their museum, with an intro song that's akin to something like "Too Many Cooks." It's almost sickeningly sweet, but adorable at the same time how the couple, who've been together for 20 years, got their start. Frazee calls Lubanski "Honey Bunny," and when the first started dating, Lubanski gifted Frazee with her first plush bunny for Valentine's Day in 1992. From that point on, they've been giving each other bunny gifts—and then this bunny-ful collection grew.