Tiki culture having quite a resurgence throughout the country, with bartenders nodding to the kitschy South Asian/Polynesian-themed watering holes in their cocktail menus, and some going so far as to resurrect the style by opening fully-themed tiki bars.

The tiki trend started with Texas-born Ernest Raymond Beaumont Gantt, more commonly known as "Don The Beachcomber," who opened what's considered the first tiki bar in Los Angeles in 1934. When Gantt was deployed, his wife expanded the chain to 16 locations, and the popularity of the Don the Beachcomber chain as well as Trader Vic's, which started in Oakland, took the country by storm.

Now that bartenders are taking quite an interest in cocktail history, tiki drinks are back in the spotlight. And Los Angeles has several tiki bars that are still kickin (RIP Bahooka), with some new ones, like Tiki No and Trader Sam's, that have cropped up in the past few years. Here are our favorites. 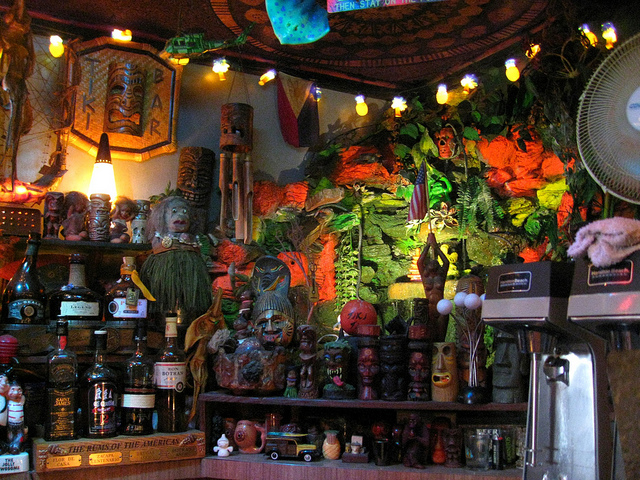 This historic Hollywood tiki mainstay was originally opened by Ray Buhen in 1961. Buhen used some of the knowledge of rum based drinks that he'd garnered from being around during Don The Beachcomber’s heyday, and crafted his small 12-seater bar that's now known for its extensive menu, eclectic decor, and lax take on indoor smoking. There are 92 cocktails on offer, including classics like the Zombie and Mai Tai, which are made as close to the original recipe as you're going to find. It truly is a capsule that we hope sticks around to the end of time.

Not only is Don The Beachcomber responsible for creating what's considered the country's first tiki bar, but he's also the creator of one of it's hallmark cocktails, the Zombie. The drink—which consists of white, golden, and dark rums, apricot brandy, falernum, bitters, and tropical fruit juice—was showcased at the 1939 New York World’s Fair, and is a staple on any tiki bar's menu across the country. At their Huntington Beach location, you'll find all the Polynesian flare you'd expect, plus regular live entertainment and a bang-up list of rum-based drinks. 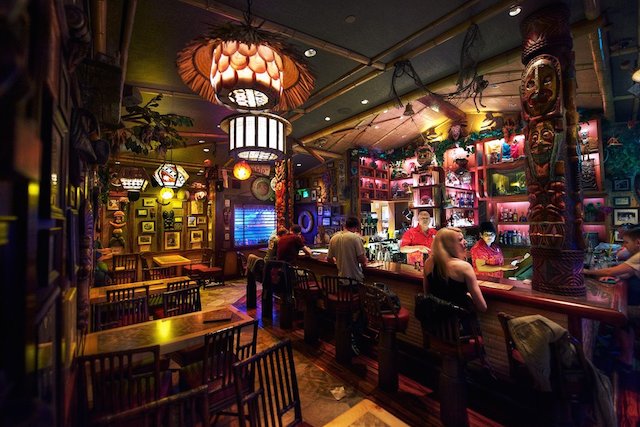 This bar, inspired by Disney's Jungle Cruise, is an amusement park attraction for drinkers. Pirate ships, hula girls, and tropical trinkets abound in this kitsch-filled bar, which also serves island-inpsired fare in case you need some food to soak up the hooch. Shipwreck on the Rocks, Krakatoa Punch and the Shrunken Zombie Head are their signature cocktails. The former is a stiff one, made with bourbon with freshly muddled lemon, mint, and organic agave nectar, a sans-rum ingredient list that you'll be willing to overlook because you get to take away a souvenir tiki mug to add to your home bar.

If you've found yourself with a terribly long layover or flight delay at LAX and you love tiki, then you might want to head over to The Purple Orchid in El Segundo. It might not be as totally decked out as the other tiki bars we've mentioned, but they do offer dive bar-priced drinks and frequent live entertainment, including burlesque. And since tiki culture is based around escapism and drinking, it seems the perfect place to do just that. 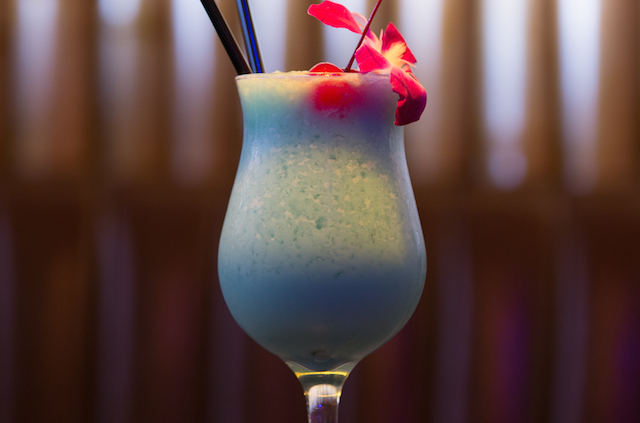 Photo courtesy of Tiki No

This is part of the crop of new-school tiki bars that have popped up recently. Tiki No opened in 2010, and it sort of feels like a regular Valley bar—but done up in tiki. There are flaming torches out front (and a great neon sign), a thatched roof and plenty of carved totems inside. The drinks are solid. They use top-shelf liquor and real juice. They're pretty stiff and start at $9 (The pina coladas come out from a frozen slurpie machine for $6.) If you need something to munch on, they sell chips in a bag for $2. Come in on a sleepy Sunday night for karaoke or happy hour from 5 until 7. 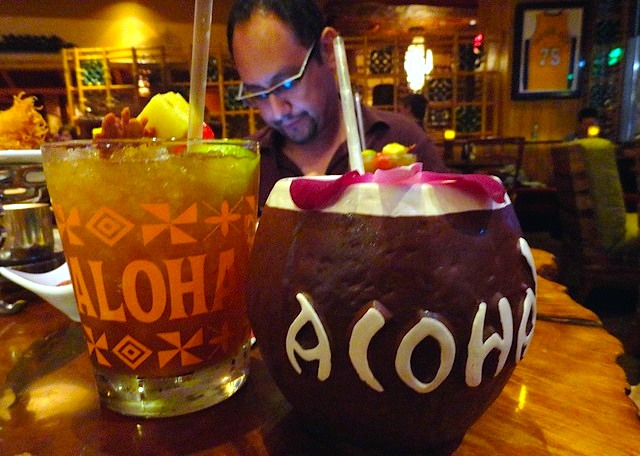 Trader Vic's in Oakland claims to have invented the ultimate tiki cocktail in 1944: the Mai Tai. Whether that is true is in dispute. What is true is the chain carries on the legacy and they continue to make a mean Mai Tai (you can find the recipes they've used over the year here). The Beverly Hilton seems like an unlikely place for a tiki bar. It's slick and new where the best tiki bars are often divey, a bit run-down and full of dim corners and odd characters. But then again, what better place to drink a lovely rum concoction (starting at $14) then next to a fire pit poolside while surf videos are projected on the side of a building? Like any self-respecting tiki bar, they serve Zombies and Grogs and Slings. You can also get pupus to help soak up the booze, though we'll warn you the prices are very Beverly Hills. —Emma Gallegos

When you step into North Hollywood's Tonga Tiki Hut, you can't help but feel like you're being transported to the 1950s. And though the bar has changed hands over the years, the space has been used as a tiki bar since 1958, so there's a lot of history in that room. They have fruity and coconut-laden concoctions that pack a punch, with fun names like Cannibal Cooler, Thyme Is On My Sidecar and Kracken the Dole Whip (which we highly recommend—it's a creamy coconut and pineapple cocktail). It's a cozy bar with tiki masks hung around throughout, water fountains, teal leather booths, a jukebox, and a fireplace. The last time we visited, they had a copy of Mad Max playing on the TV in the background, so it's fair to say we approve of their taste in movies. They've got a killer happy hour everyday from 4 p.m. to 8 p.m. with $3 well drinks and shots, and $2 Miller Lite and PBRs. And Sundays are a blast, too, where they have a DJ spin some upbeat '50s surf rock. —Jean Trinh