Video: Drake Roasts Comedian At The Comedy Store For His Poor Impression Of Him 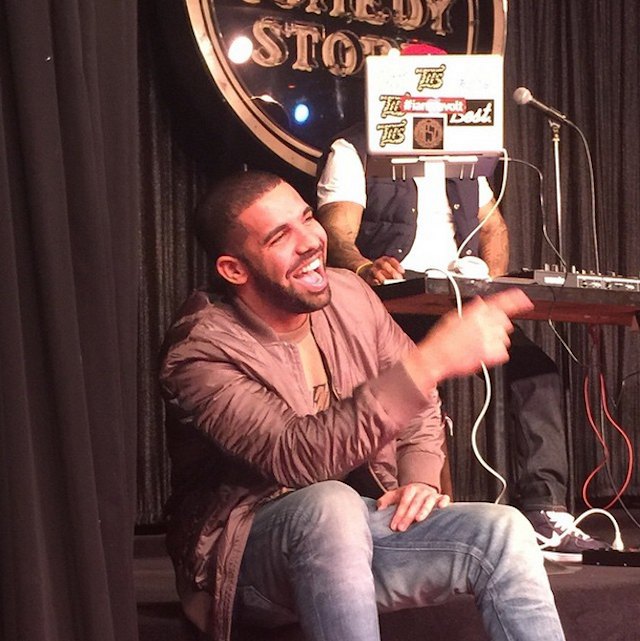 Drake isn't a shy dude. He's headlining Coachella, he was a star on Degrassi: The Next Generation, and let's not forget his amazing Lil Wayne as Steve Urkel impression on SNL. So, we can't blame him for turning the tables on a comedian who did a pretty weak impression of him at The Comedy Store Tuesday night.

The rapper (who you might also know by his full name Aubrey Drake Graham), was on stage while comedian Red Grant did his best Drake dance moves impression to the artist's "6 God" track. Drake was laughing and clapping in the background, and then quickly followed with this quip: "What the fuck impression is that? Who is that shit? That shit is like a Omarion, Chris Brown together shit. That's not me, man."

But it was all in good spirits, and Drake wasn't pissed, just joshing the comedian. Being a stand-up comedian is hard enough, but when you have Drake in the audience and you're going to do an impression of him, you'd better bring it or get roasted.

And some photo highlights from the night: