'7th Heaven' Actor Confesses To Molesting Three Children: 'I Did Something Terribly Wrong' 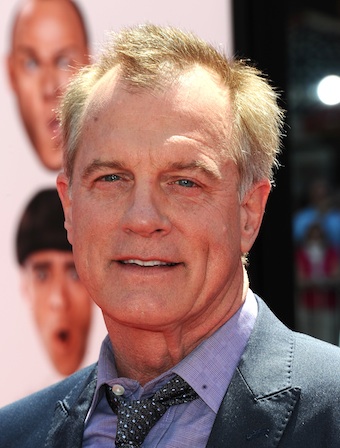 Stephen Collins at the L.A. premiere of 'The Three Stooges' in 2012 in Hollywood (Photo by Michael Buckner/Getty Images)
Actor Stephen Collins has admitted to molesting three underage girls.

The 67-year-old 7th Heaven star sent PEOPLE a lengthy statement detailing the events that reportedly occurred over the span of 20 years from from 1973 to 1994. "Forty years ago, I did something terribly wrong that I deeply regret," Collins writes. "I have been working to atone for it ever since."

In the statement, Collins writes that when he was 25, he exposed himself twice to a pre-teen girl in 1973, according to PEOPLE (via E! Online). "When the girl and I were watching TV alone, I moved her hand in such a way that caused her to touch me inappropriately," he writes. "It was a completely impulsive act, and it's haunted me ever since to think of what I put her through."

He also says that he exposed himself to two other teens in 1982 and 1994. However, Collins claims that he has not had an "impulse to act out in any such way" over the last 20 years.

Collins, who says he's been in therapy for 20 years, says he's since apologized to one of these women 15 years later, and that she was "extraordinarily gracious." However, he hasn't apologized to the other victims.

He'll be sitting down for an interview with Katie Couric that will air on ABC's 20/20 on Friday to discuss his statement.

Just two months ago, TMZ released a damning audio recording that Collins' wife, Faye Grant, apparently taped without his knowledge during a therapy session. (Collins and Faye are in the middle of divorce.) Collins allegedly admitted to molesting the girls in the recording.

Collins referenced the recording in his statement to PEOPLE: "The publication of the recording has resulted in assumptions and innuendos about what I did that go far beyond what actually occurred. As difficult as this is, I want people to know the truth."

The L.A. Sheriff's Department, L.A. Police Department and New York police investigated the allegations, according to the L,.A. Times. However, E! Online reports that there haven't been any criminal charges filed against Collins.