When it rains, it pours racist comments about bad Asian drivers! With the Pineapple Express rainstorm moving through California this week, folks are taking to Twitter to blame bad driving on the wet roads on Asian folks. They're repeating the age-old racist trope that Asians (especially women) are bad drivers.

LAist first noticed that Plastic Jesus—a local street artist who was responsible for erecting an eight-foot Oscars statue replica with a heroin needle in its arm in Hollywood earlier this year—posted a racist tweet about Asian drivers, we decided to see who else in California was doing the same.

And there were a lot of people—from the Bay Area all the way to San Diego—who had the same sentiments: 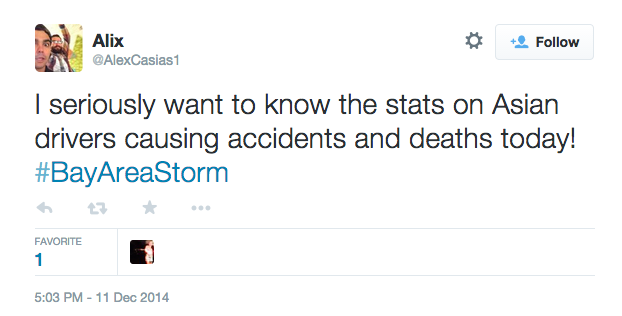 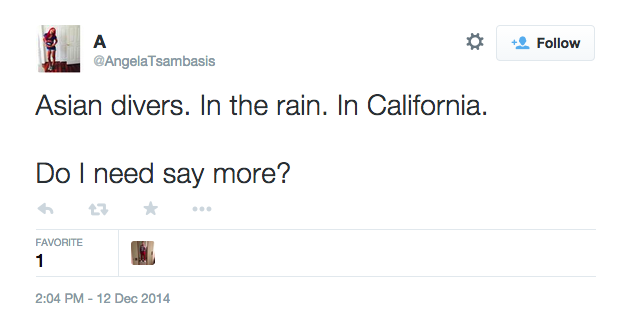 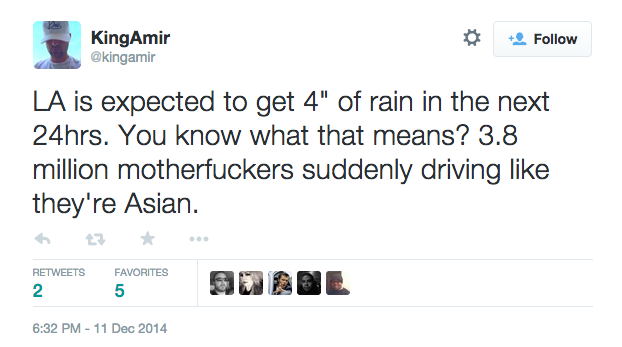 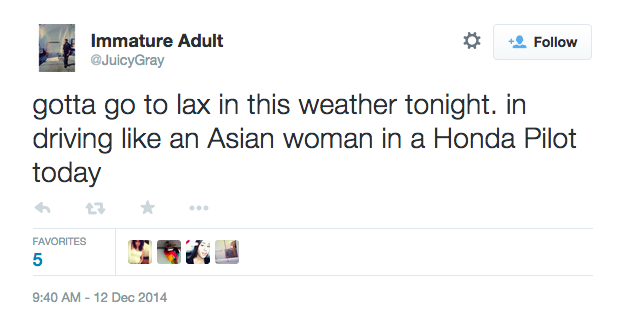 Claire Jean Kim, associate professor of political science and Asian American Studies at the University of California Irvine, talked to CNN about the problems with this: "Those kinds of jokes reflect a deeper view of Asian Americans as culturally different and inferior. That's not a joke, that has material effects. It leads to a general sense, even those who are born here in the U.S., they simply don't belong."