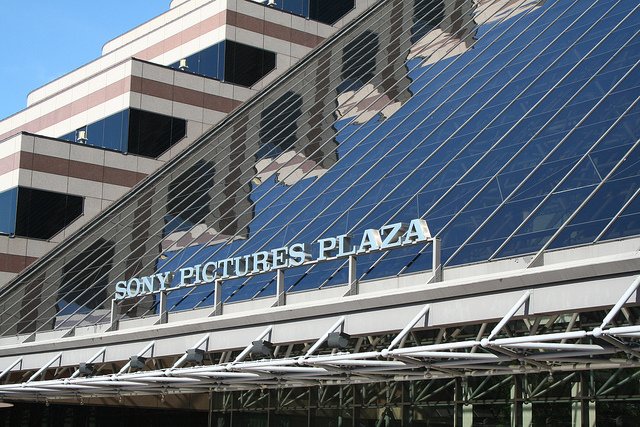 As Sony Pictures Entertainment is still picking up the pieces from the horrific aftermath of a massive cyberattack, more embarrassing details are trickling out—from bitter and racist remarks about Hollywood A-listers they've worked with to knowing that they were vulnerable from a hack nearly a year ago, but saying nothing about it.

Guardians of Peace (aka #GOP) is the group of hackers taking credit for stealing 100TB of data from Sony, with the security breach dating back to Nov. 24. They've released to the media private emails, corporate and personal passwords, unreleased scripts, and business plans. They've also been sending Sony employees ominous emails that threaten them and their families.

Sony is working with the FBI while they're investigating the hack, and authorities are investigating if North Korea has had anything to do the major security breach. The upcoming Sony Pictures film, The Interview, starring James Franco and Seth Rogen, is a movie about plans to assassinate North Korean leader Kim Jong Un, and the North Korean government has said they believe the film is an act of war.

Rep. Mike Rogers (R-Mich.), head of the House Intelligence committee told the L.A. Times that they've found a clue that leads them to believe North Korea could be behind the attacks, although he would not confirm that they are definitely the masterminds of the hack.

Rudin offered a mea culpa on Thursday after Gawker and BuzzFeed unearthed a series of his email exchanges with Sony Pictures co-chairman Amy Pascal that put the famed film producer (of notable films like No Country For Old Men and Inside Llewyn Davis) in a pretty horrible light.

In the leaked emails, Rudin said of Angelina Jolie: "I have zero appetite for the indulgence of spoiled brats" over a dispute on the Steve Jobs biopic. Later on Pascal and Jolie met up:

He and Pascal also had a long and racist personal email exchange where they joked about what films they thought President Barack Obama would be interested in financing. According to BuzzFeed:

Pascal replied, “...Should I ask him if he liked DJANGO?” Rudin responded: “12 YEARS.” Pascal quickly continued down the path of guessing Obama preferred movies by or starring African Americans. “Or the butler. Or think like a man? [sic]”

Pascal and Rudin both have apologized since. Rudin told Deadline: “Private emails between friends and colleagues written in haste and without much thought or sensitivity, even when the content of them is meant to be in jest, can result in offense where none was intended. I made a series of remarks that were meant only to be funny, but in the cold light of day, they are in fact thoughtless and insensitive — and not funny at all. To anybody I’ve offended, I’m profoundly and deeply sorry, and I regret and apologize for any injury they might have caused."

In another email exchange with Sony execs, Screen Gems Inc. president Clint Culpepper calls Hart a whore for wanting more money to promote 2012's Think Like a Man Too on Twitter, according to Variety. The comedian was apparently already paid $3 million for his role.

“I’m not saying he’s a whore, but he’s a whore,” Culpepper wrote about Hart to Pascal. “If he doesn’t do his normal routine, his film will not open as well and his brand will appear diminished and he will- in fact - be f—ing himself because we have his next 2 immediate films."

On Tuesday, Hart took to Instagram to express his feelings about it:

Pascal is in hot water for the umpteenth time. The Daily Beast reports that in her emails, she says Sorkin, The Newsroom creator, is broke and possibly sleeping with someone he's working with. He has a series of projects with Sony Pictures on the horizon, including his film adaptation of Molly Bloom's memoir, Molly’s Game, a story about how Bloom ran an underground poker games for celebs.

“We are getting totally positioned in the Aaron stuff,” Pascal writes. “He is broke… He wants to get paid… We paid him his insane fee on flashboys… When the poker movie came around we didn’t want to not be in Aaron business so we wanted that too… I don’t care if Aaron is sleeping with the girl or not… I don’t care if it becomes a beat seller… They are treating us like shit."

Sony had been hacked all the way back in February but stayed mum about it:

Gawker reports that Sony had been hacked ten months ago. Although it's not clear whether they were hacked by members of #GOP, they hadn't spoken up about it. Sony's VP of legal compliance Courtney Schaberg wrote on Feb. 12, "[Sony Pictures Entertainment] system may have been obtained by an unauthorized party, who then may have uploaded malware."

She added that they shouldn't notify any person whose data was compromised: "I recommend against providing any notification to individuals given a) the lack of a notification requirement; b) the limited data fields involved; and c) the fact that notifying would not likely have much effect in terms of mitigating potential damages," Schaberg writes.

Before J.J. Abrams jumped in the director's seat for the upcoming Star Wars: Episode VII, David Fincher was considered for the job. In an email exchange with Pascal, Fincher writes that casting Driver in Star Wars was a "terrible idea," according to BuzzFeed.