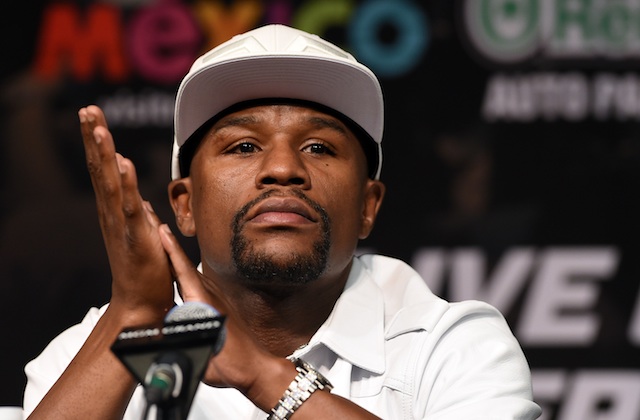 As details about an apparent murder-suicide at a Park La Brea apartment on Monday are trickling out, a new report says that boxing champion Floyd Mayweather witnessed the horrific incident on FaceTime.

Sources tell TMZ that rapper Earl Hayes, 34, called Mayweather on FaceTime "in a rage" when he allegedly shot and killed his wife, dancer and reality-TV star Stephanie Moseley, 30, around 7:30 a.m. at The Palazzo East at Park La Brea on Hauser Boulevard in the Fairfax neighborhood before killing himself. Mayweather reportedly tried to calm Hayes down as he talked about how he was going to kill his wife. It's not clear how much Mayweather saw, but he apparently heard everything that happened.

The police received calls about hearing shots being fired and a woman screaming. When they arrived at the scene, they found the couple's bodies.

Radtke also said that even before TMZ's story came out, he had heard about a person who may have witnessed the incident "maybe on Skype."

Hayes was reportedly good friends with Mayweather, and was once signed on the boxer's Philthy Rich Records, the L.A. Times reports. Mosley had appeared on VH1's Hit the Floor, and previously had danced with Chris Brown and Britney Spears. 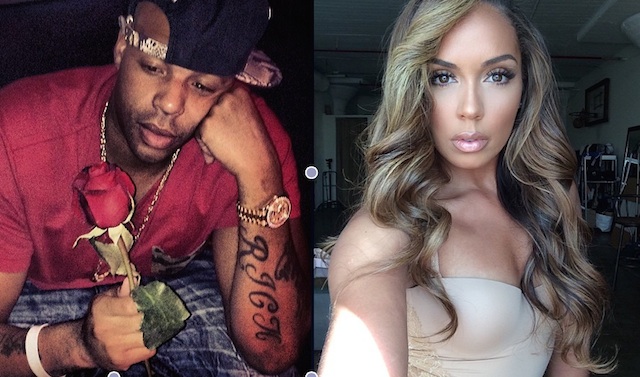 "Floyd is in shock and is having extreme difficulty dealing with the fact that he witnessed a horrifying murder/suicide," the source told TMZ. Mayweather was seen sitting courtside at a Los Angeles Clippers game last night, just hours after the shooting.

Moseley's friend, Eva Marcille Pigford, told KTLA that although the couple had their problems, she didn't think it would lead to this grisly incident:

A Los Angeles County coroner's official told the Times that autopsies aren't expected to be performed on Hayes and Moseley for at least another day.

Update 1:25 p.m.: Sources are now telling TMZ that when Mayweather was on FaceTime with Hayes, he told Hayes that he was weak for not leaving Moseley. Hayes was reportedly upset about his relationship with his wife, accusing her of having an affair with rapper and actor Trey Songz. When Hayes allegedly told Mayweather that he was going to shoot his wife, the boxer pleaded with him not to hurt her.

Law enforcement sources have told TMZ that Hayes shot Moseley 10 to 12 times while she was taking a bath in their tub.

If someone you know exhibits warning signs of suicide: do not leave the person alone, remove any firearms, alcohol, drugs or sharp objects that could be used in a suicide attempt, and call the U.S. National Suicide Prevention Lifeline at 800-273-TALK (8255) or take the person to an emergency room or seek help from a medical or mental health professional.