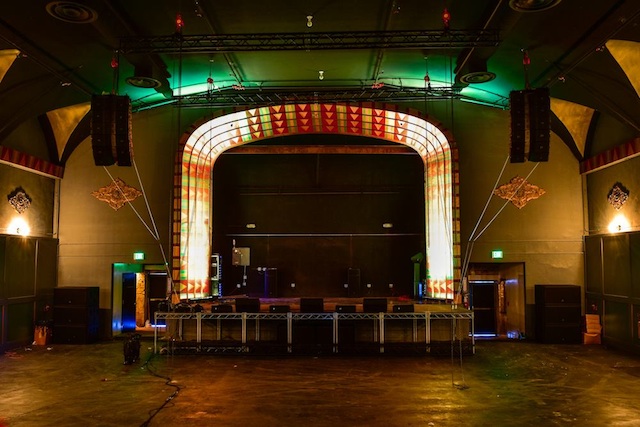 Over at the historic Regent Theater downtown—the century-old venue that recently got a makeover from the guy behind the Echo—a new event is brewing: the theater's first Rock 'n' Roll Flea Market on Dec. 7.

It'll be held the first Sunday of every month from 10 a.m. to 3 p.m., Downtown News reports. In line with the rock 'n' roll theme, there will be vendors selling vinyl records, music memorabilia, and used musical instruments. But they'll also have other fun items that you might find at a regular flea market like vintage collectors items and clothing and jewelry. And there will be food trucks and vendors (as well as a bar serving bloody marys and mimosas) there in case you need to fuel up for some more shopping. As for entertainment, a DJ will be spinning some tunes.

It costs $2 to get in, but if you eat at Prufrock Pizzeria nestled in the theater, the fee is waived.

The Regent Theater is located at 448 S. Main Street, downtown. More info about the Rock 'n' Roll Flea Market can be found here.