The Crazy Things Leaked In Sony Hack, Including Company's Hatred For Their Own Adam Sandler Films 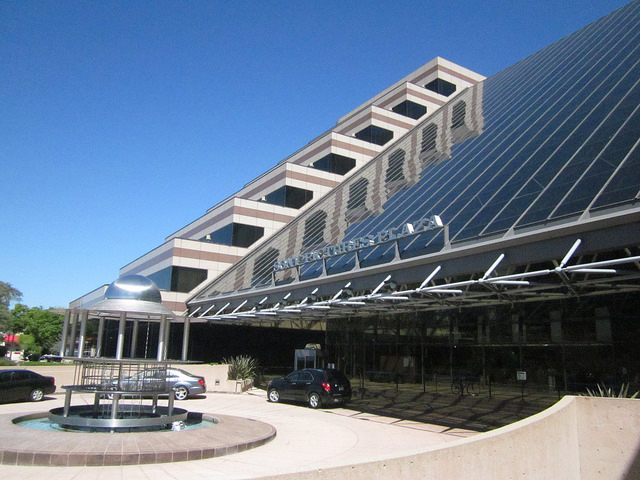 Culver City-based Sony Pictures Entertainment is still reeling from a massive cyber attack that unearthed a trove of files containing personal information on employees, business plans, financial records, and even unreleased TV scripts. And as people are sifting through all the files that were made available to the public over the weekend, lots of embarrassing and personal information is leaking out.

Guardians of Peace (aka #GOP) is the group taking credit for the hack that started as early as Nov. 24, and they've claimed to have stolen 100TB of data from the company, according to BuzzFeed. In their first leak, the hackers released video files of five unreleased films, including Fury, Annie, and Mr. Turner on the Internet. The security breach was so bad that Sony's network was down and employees were forced to use personal emails and work on pencil and paper, Fusion reported. Sony's corporate gym even shut down because its check-in system was affected.

And then it got a lot worse—over the weekend, apparently #GOP emailed members of the media downloadable links to the breached data, and these are some of the details that are trickling out:

They apparently hate the Adam Sandler films they're repping: According to Gawker, a document titled "Sony_2012_Comments" had a note on Sandler that read: "There is a general 'blah-ness' to the films we produce. Although we manage to produce an innovative film once in awhile, Social Network, Moneyball, The Girl with the Dragon Tattoo, we continue to be saddled with the mundane, formulaic Adam Sandler films."

Employee information leaked: There are spreadsheets on the salaries of 6,800 of its global employees, Social Security numbers for its 3,500 U.S. employees, criminal background checks, performance evaluations, and doctors' notes with detailed medical problems employees used to take sick leave. BuzzFeed reports that there's even a disciplinary letter sent to a manger who was having a romantic relationship with a subordinate, and it details their business travels together.

Fusion reports that the data breach also reveals employees who were laid off as part of Sony's 2014 company reorganization, reasons for their termination, and how much their severance packages cost.

Confidential company information leaked: There's a folder called "Password" which contains thousands of passwords—from personal to corporate and financial—in non-secure plaintext files. A software developer told Gawker that Sony's password security practice is "awful" and the outlet says that this only "shows just how little Sony cared for the privacy of its people."

Also uncovered were Sony's embarrassingly bad PowerPoint presentations on themes for films (like "Men's Issues/Potty Humor") to marketing talent (like saying how they should put more emphasis on Will Smith rather than Jaden Smith in box office failure After Earth), and how to use memes. They appear to like word clouds, too, with words like "fun," "adventure" and "friendship," Gawker reports.

There are movie licensing deals and syndication plans in the files that reveal how much money (millions and millions) Sony deals with in their negotiations, according to BuzzFeed. That, of course, could put their deals at risk, and make it hard to negotiate future deals now that the cat's out of the bag on how they do business.

According to The L.A. Times, Sony is working with the FBI on what they are calling a "sophisticated cyberattack." The company released a statement saying that the investigation is ongoing and they're hinting that the hack may have been done by North Korea. The upcoming Sony Pictures film, The Interview, starring James Franco and Seth Rogen, is about their plans to assassinate North Korean leader Kim Jong Un. The North Korean government has said they believe the film is an act of war and an "undisguised sponsoring of terrorism." When BBC News asked a spokesman for the North Korean government about their involvement in the hack, the ominous reply they received was "Wait and see."