22 Of Our Favorite Events In Los Angeles This Weekend

LAist gets a lot of event announcements, and we comb through them all to bring you a curated list of what’s happening in LA this weekend, including these 22 events. We'll be back on Monday to help you plan the week ahead.

FILM FEST: The No Budget Film festival takes place this weekend from Nov. 21-23 with Mack Sennett Studios serving as festival hub. It opens on Friday with the Of Montreal film The Past is a Grotesque Animal and features the best in international DIY filmmaking. The weekend includes $10 workshops, $10 fireside chats featuring Black List writers and Buzzfeed video favorites and ends with a $20 open bar gala and awards ceremony.

MUSIC: Singer-songwriter Chadwick Stokes—frontman for bands Dispatch and State Radio—performs at the Bootleg Theater on Friday night. He’s celebrating the upcoming release of his latest studio album The Horse Comanche, co-produced by Sam Beam (Iron and Wine). It’s due out on Feb. 3. Tickets: $20. Ages 21+.

FILM: Kurmanjan Datka Queen of the Mountains is an epic film about a woman who “sacrificed everything to save her nation from total destruction when the Russians imperial forces conquered the Central Asian country in the 1870s.” It’s Kyrgyzstan’s submission for the 87th Academy Awards Foreign Language Film, and it’s having a limited run from Nov. 21-27 at the Laemmle Music Hall. Q&A's with director Sadyk Sher-Niyaz and star Elina Abai Kyzy take place on Friday and Saturday following the 7 pm show and Sunday after the 3:40 pm show. Tickets: $11.

ART: The Inside/Outside Gallery at the Levantine Cultural Center holds an opening reception for the new exhibition War and People: Art, Exile and the Middle East on Friday night from 7-11 pm. Featured artists include: Melissa Chimera, Fadia Afashe, John Halaka, Kinda Hibrawi, Khalid Hussein and Kaveh Keshmiri. The art and artifacts in the show are gathered from not only artists, but also war refugees and their children. The exhibit focuses on the Iran-Iraq War (1980-1988), the Israel-Palestine Wars of 1948 and 1967, the Lebanon Civil War (1975-1990) and the Syrian War (2011-2014). Free, no RSVPs necessary.

NOIR+COMEDY UnCabaret’s Beth Lapides brings an evening of noir and comedy to the Skirball Cultural Center on Friday at 8 pm. Storytellers and comedians Rebecca Corry, The Sklar Brothers, Stephen Kramer Glickman expound on those times they felt like a private eye—figuring out who or what’s responsible for the mayhem in their lives. The event is inspired by the Skirball exhibitions Light & Noir: Exiles and Emigres and The Noir Effect. Tickets: $8-$15. Free parking. Cocktails and snacks available for purchase.

MUSIC: On Friday night, The Satellite presents an evening with Future Islands. Sort of, but not really. The band’s Samuel T. Herring brings his hip-hop side project 'Hemlock Ernst' to the stage, and his Future Islands' band mate William Cashion’s shows off his own side project Peals (on Thrill Jockey). Opening the night at 9:30 pm is Seattle's The Flavr Blue. Tickets: $12. Ages: 21+.

MUSIC+ART: Cozyfest at The Cozy Castle takes over HM157 on Saturday for a day of music, art and “cozy mayhem.” The all ages event features music by Insects vs Robots, The Herbert Bail Orchestra, Trofeo, El-Haru Kuroi, Sunny War, Michael Jost and more. Livepainting and visuals by Jules Muck, by Club Spa, and Aerial Performance, tarot reading by Olivia Pepper. Tickets: $10 online or $12 at the door.

PARTY: There’s an official music industry farewell-to-Cat & Fiddle party organized by a few longtime pub dwellers and networkers. The party starts at 7 pm, there is no cover charge, but the organizers are asking attendees to RSVP so they can get a better head count.

WALK: On Saturday, the 9th edition of The Great Los Angeles Walk 2014 heads to the Valley for the very first time. Participants will hike east down Ventura Boulevard—listening to Tom Petty’s “Free Fallin’” is optional. The 17-mile walk starts at 9 am at Warner Center Park, and walkers are free to join in for as long they they want, trekking through Woodland Hills, Encino, Sherman Oaks, Studio City and Universal City on their way to the end point in North Hollywood. The walk is free, and highly accessible through the Metro’s Orange Line.

COMEDY: The women of color cast members of This is Not a Tan! presents their newest sketch comedy show Period Panties at iO West’s Main Stage on Saturday (and again on Nov. 29) at 8 pm. The show “presents diverse voices in comedy with a strong commitment to the absurd.” They’re describing it as a mashup of Broad City, The Mindy Project and In Living Color. Tickets: $10. 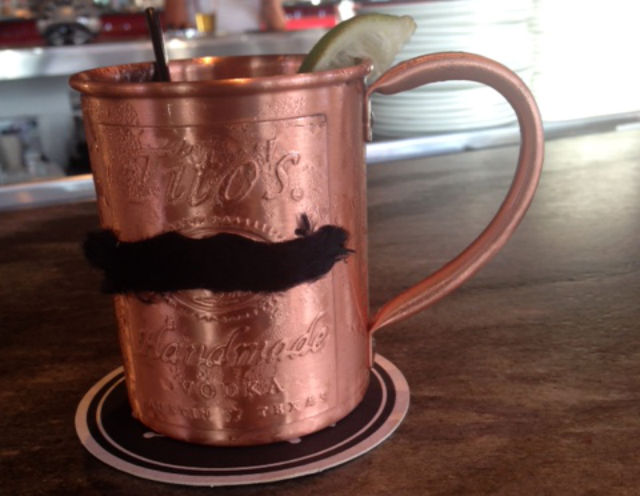 There's a block party of sorts in Venice on Saturday to celebrate Movember. (Image: Courtesy of Del Frisco's)

FILM: Local filmmaker Eileen Mabel hosts an Argentine cultural event An Evening with Mabel, featuring the first-time screening of her documentary, Finding Mabel at Beyond Baroque in Venice from 6-10 pm. The filmmaker is the namesake of one of Argentina’s 30,000 disappeared, and the film follows Eileen’s search for answers as Mabel disappeared at the age of 19 during Argentina’s “Dirty War” (1976-83). The evening also features The event will feature Argentine music, food, drinks, desserts and a silent auction & raffle, followed by an indoor/outdoor screening of the film and a Q & A with the director. Tickets: $20.

PHOTO: Photographer Jesse Frohman signs copies of his book Kurt Cobain: The Last Session at the Morrison Hotel Gallery in the Sunset Marquis Hotel
on Saturday from 6 to 8 pm. The images are from one of the last photo shoots that Nirvana ever did. Books can be purchased at the signing. Parking available at Sunset Millennium parking garage off Sunset Boulevard.

BOOKS: On Saturday at 11 am Dark Delicacies in Burbank hosts author Chuck Palahniuk, who’ll sign his new novel Beautiful You.

TOUR: The Arroyo Arts Collective presents its 22nd annual Discovery Tour, a self-guided auto tour featuring more than 100 artists’ homes and studios in Highland Park, Mount Washington, Eagle Rock, Montecito Heights, and Glassell Park. Shuttle buses will also be available with stops at select locations. Tour tickets are $10-$15. The Tour begins at the Lummis Home, where participants will receive a map and tour badge. Maps will be available beginning at 9:30 am, and studios open at 10 am. 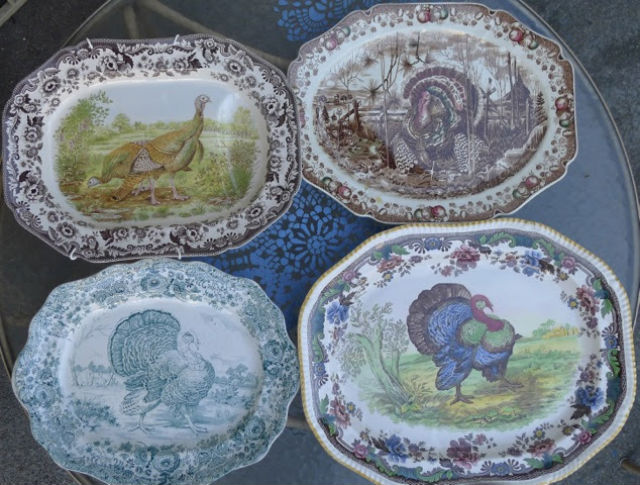 THANKSGIVING ART: The Red Pipe Gallery in Chinatown presents the exhibition The Turkey Platter Museum. The show opens on Sunday from 12-5 pm and features a private collection of more than 200 porcelain, ceramic and earthenware turkey platters, both vintage and contemporary. The platters, many of which are for sale, will remain on view through Jan. 4.

THEATER: British playwright Joe Orton’s farce What the Butler Saw opens Sunday at 7 pm at the Center Theatre Group/Mark Taper Forum. The acclaimed cast includes Frances Barber, Sarah Manton, Angus McEwan, Paxton Whitehead and Charles Shaughnessy (best known for CBS’ “The Nanny”). Set in a private psychiatric clinic, the good doctor get interrupted by his wife as he’s about to seduce a woman applying for a secretarial job. “As his botched efforts to conceal his actions spiral outrageously out of control, Orton ferociously skewers psychiatry, religion, marriage, morality, government and definitions of gender.” Tickets: $40-$60. The show runs through Dec. 21.

ART: LACMA opens the exhibition Piere Huyghe on Sunday. It’s the first major retrospective of the work of Pierre Huyghe (b. 1962, Paris), an artist known for his films, installations and “events that blur fact and fiction, reinvent rituals of social engagement, and use the exhibition model as a site for playful experimentation.” The exhibition is organized thematically and features a non-hierarchical presentation. The works remain on view through Feb. 22, 2015. One day LACMA pass: $25.

- Your Ultimate Guide to November Events