24 Of Our Favorite Events In Los Angeles This Week

Here are 24 of our favorite events happening in Los Angeles this week. We’ll be back on Thursday with our Weekend Planner column to help you plan—what else?— the weekend ahead. And check out the November Guide for other events.

BOOKS: On Monday at 7 pm, actor Cary Elwes discusses and signs his book As You Wish: Inconceivable Tales from the Making of the Princess Bride. Elwes, who played Westley to Robin Wright’s Buttercup, gives a first-person account of the making of the film, BTS anecdotes and photos, and interviews with his co-stars. Rob Reiner wrote the foreword for the book, too.

COMEDY LIVE TAPING: On Monday night at Nerdmelt, Jen Kirkman and Michael Ian Black hold a live taping of their new show Really Good Advice at 7 and 9 pm. Black and Kirkman and expert guests help with relationship questions, answer finance questions and more. They’ll give really good—or at least really entertaining—advice. The event is free. Standby tickets only available for the 7 pm show. 21+.

COMEDY: Joseph Scrimshaw’s Hot Comedy Dream Time is at the Ruby Theater in Complex in Hollywood at 8 pm. The live show and podcast hosted by comedian/writer Scrimshaw (Wits, RiffTrax, WTFark) features sketches based on his guests’ unfulfilled comedy dreams. The all-star lineup this week features Wil Wheaton in his dream role of “Hardboiled Detective”; Hal Lublin in his dream role of “Pro-Wrestler” and John Ross Bowie as “Movie Pitcher.” Snacks and drinks available for purchase. Tickets: $6 in advance, $8 at the door.

FOOD: Golden Road Brewery is holding a Thanksgiving-themed November Brewer’s Supper at Chloe's on Monday night at 6:30 pm. The brewery has a four-course prix-fixe menu with beer pairings, with a separate vegan menu available. (The main course for meat-eaters is Stuffed Quail​ filled with mushrooms and bacon with barley and chorizo cream. The vegan main dish features pasta shells stuffed with spinach and mushrooms with sweet pea cashew cheese.) $40 per person includes beer pairings. Email Abby@goldenroad.la for reservations.

BOOKS: On Monday at 7:30 pm, Dark Delicacies in Burbank hosts a signing for the book, The Art of The Book of Life, based on the film of the same name. Scheduled to appear at the signing are the film’s director and animator Jorge R. Gutierrez and writer Doug Langdale. 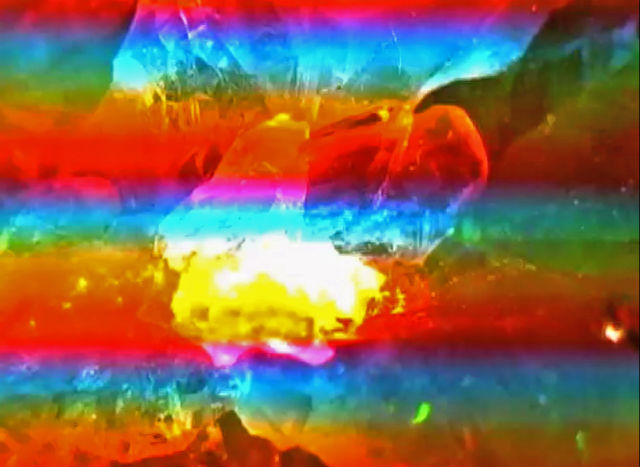 ART: The exhibition World War I: War of Images, Images of War opens at the Getty Center on Tuesday. The Great War was the first to be represented by modern artists and the Getty Research Institute has amassed a collection that “demonstrates the distinctive ways in which combatant nations utilized visual propaganda against their enemies and explores how individual artists developed their own visual language to convey and cope with the gruesome horrors they witnessed.” The art will remain on view through April 19, 2015.

MUSIC+COMEDY:: There’s a great lineup of musicians and comedians Tuesday night at the Echoplex performing for a good cause. Fun Lovers Unite! An Evening of Music, Comedy, And Gun Sense benefits Moms Demand Action for Gun Sense in America. The event hopes to raise awareness for “common sense gun violence prevention efforts and the elected officials who stand up for the safety of our communities.” Featured performers include comedians Neil Hamburger, Tim Heidecker, Kurt Braunohler and Sarah Silverman, along with musicians Mike Watt & The Secondmen and The Everyday Visuals (w/ Pierre de Reeder of Rilo Kiley), Jenny Lewis and Ali MacLean as emcee. Doors at 7 pm. Tickets: $25.

FASHION TALK: The Skirball Center welcomes fashion icon Diane von Furstenberg in conversation with Maria Shriver on Tuesday at 7 pm. They’ll discuss DVF’s memoir The Woman I Wanted to Be, which covers her childhood in Brussels to her fashion career, her family life and battle with cancer. Tickets: $30 and includes one copy of the book.

PERFORMANCE ART: Dirty Looks NYC is a queer experimental film series and online publishing platform that makes a stop at the Hammer Museum on Tuesday night at 7:30 pm. The “evening of radical, critically engaged entertainment” features multimedia performances by Dynasty Handbag, Narcissister, Colin Self and Chris E. Vargas. Free, but tickets on a first-come, first-served basis.

FILM: There’s a free film screening of Billy Bates on Los Feliz 3 on Tuesday at 7 pm. Billy Bates is a film portrait of a troubled artist directed by Jennifer DeLia and producer Julie Pacino. The film is a “kaleidoscopic journey of underground parties, a psychotic break, and true love, he creates a body of work and is coined 'the Warhol of his generation.’” There’s a Q&A with cast and crew James Wirt, Savannah Welch, Burton Machen, DJ Whoo Kid, DeLia and Pacino.

VARIETY SHOW: The Victory Lap variety show returns to The Virgil at 9 pm on Tuesday. Hosted by Seth W. Owen and Stuart Jenkins, the evening promises “slightly unhinged entertainment” with a lineup that includes Andy Kindler, Adren Myrin, Jackie Kashian, Allen Strickland Williams and Brent Weinbach. There’s no cover, and the Virgil has great specials, $8 cocktails and $6 wine and beer all night long. Music, games and prizes throughout the night, too. 21+. There’s valet so you don’t have to worry about finding a parking space in this neighborhood.

WINE: The Bordeaux Wine Council presents a public tasting for Bordeaux Under One Roof from 7-10 pm Tuesday at W Hollywood Hotel’s Loft & Wet. Food and wine fans are invited to taste more than 100 affordable Bordeaux selections. Tickets are $50 per person. 21+. No tickets will be sold at the door.

FILM: FLIX at FIG (and 7th in DTLA) presents a free, outdoor double feature on Wednesday, starting at 5:30 pm with A Charlie Brown Thanksgiving and The Goonies. Bring blankets and food and drinks at Taste. The $7 FIGat7th Happy Hour continues through both movies. A DJ kicks things off a 5 pm, and the first 150 guests receive complimentary kettle corn for the movies. 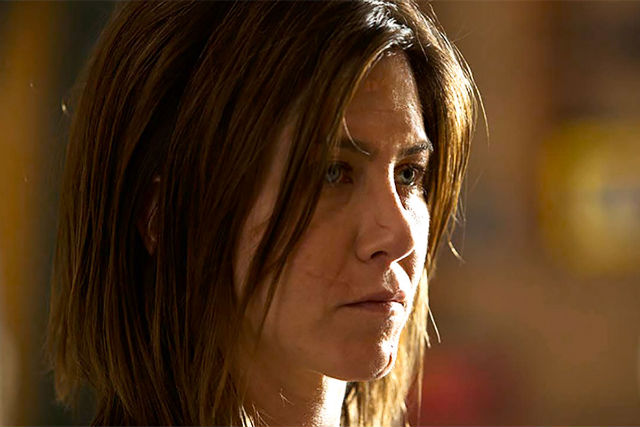 Jennifer Aniston gets unglamorous in 'Cake.'

FILM: American Cinematheque presents an advanced screening of Cake, directed by Daniel Barnz, on Wednesday at 7:30 pm at the Egyptian. The film stars Jennifer Aniston as a woman who lives in chronic pain. Her anger and abrasiveness have driven most everyone away, but when a fellow pain sufferer dies, she starts to reevaluate her own life. There’s a discussion following with Aniston. Tickets: $11.

NERD NITE: Nerd Nite Los Angeles takes over The Mint on Wednesday at 7 pm. Think of the evening as a mixture of beer and the Discovery Channel. The 20-minute talks at event examine: how to rebuild a kelp forest, what happened on July 4, 1863, and the causes of dwarfism. Tickets: $10.

BOXING: The Schlitz Bouts, A Night of Heritage Boxing, Style and Entertainment is at the Hollywood Athletic Club in LA on Thursday for a night of amateur boxing and period-specific entertainment (including the dance troupe The LA Follies, musical acts, comedians, cigar rolling) and food, cocktails and of course, Schlitz. All guests are encouraged to dress in classic 1920s style. Doors at 7:30 pm, bouts begin at 8 pm. Register for tickets.

TECH: Techweek LA 2014 culminates in a two-day expo and conference on the Santa Monica Pier on Thursday and Friday. Techweek explores the future of technology through a LAUNCH competition, a hiring fair and Hackathon (among other events). Scheduled speakers and participants include Adam Goldenberg of JustFab; Susan Paley, former CEO of Beats by Dr. Dre; Scott Painter of TrueCar; Jane Poynter of World View Enterprises; Mark Josephson of Bitly and Jen Sargent of HitFix. Tickets: $90 for the expo; $495 summit and $2,500 for the all-access pass.

LIVE READ: Director Jason Reitman presents his Thanksgiving Live Read at LACMA on Thursday at 7:30 pm. The featured script is Barry Levinson’s Diner, read by a cast that Reitman will reveal on Twitter this week. Advanced tickets ($25-$50) are sold out, but there will be a standby line.

BEER+SAKE: Angel City Brewery releases a sake-inspired beer with a launch taking place at the Japanese-American Cultural & Community Center. On Thursday, the brewery serves up samples of For the Sake of Ale alongside viewings of Arts District artist, JW Pippen’s Jugatsuzakura. Sushi and mochi will also be served during the event. Three sessions to choose from at 6 pm, 7 pm and 8 pm. Admission: $5.

TV TALK: Writers Bloc presents an evening with Andy Cohen, the comedian, talk show host (Watch What Happens Live) and creator of The Housewives series in conversation with Sarah Silverman. They’ll talk about his new book The Andy Cohen Diaries: A Deep Look at a Shallow Year among many other topics, we sure. Tickets $25. At the Montalban Theater. 8 pm.