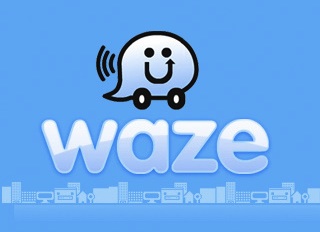 (Photo by F Delventhal via the Creative Commons on Flickr)
Developers of the popular traffic app Waze have responded to a story published yesterday, saying that it is impossible for their app to generate false traffic reports.

The report from celebrity gossip website TMZ claimed that Westside residents were getting annoyed at the amount of traffic their normally quiet streets were getting as a result of the Waze app redirecting drivers wanting to avoid the eternally-jammed 405. In order to combat this, residents were supposedly showing up at neighborhood council meetings to complain about the app and—in the most petty move imaginable—sending fake traffic reports to reroute drivers back onto the freeway. TMZ's story, however, did not provide any leads and a search by LAist did not turn up any neighborhood council meeting agendas or minutes that discussed the issue. Waze responded and told CBS 2 that it'd be impossible to generate fake reports through their app, even if these snooty Westsiders tried.

"Fake, coordinated traffic reports can't come to fruition because they'll be negated by the next 50 people that drive down the street passively using Waze," a spokeswoman for the app said. Waze also added that their app had a built-in system that was designed to prevent false traffic reports.

So the next time you're stuck on The 405, you can confidently rely on Waze to get you where you need to be. Rich Westsiders be damned.