Mayor Garcetti On Bogus Parking Tickets: 'It's Wrong And Everyone Is Going To Get A Refund' 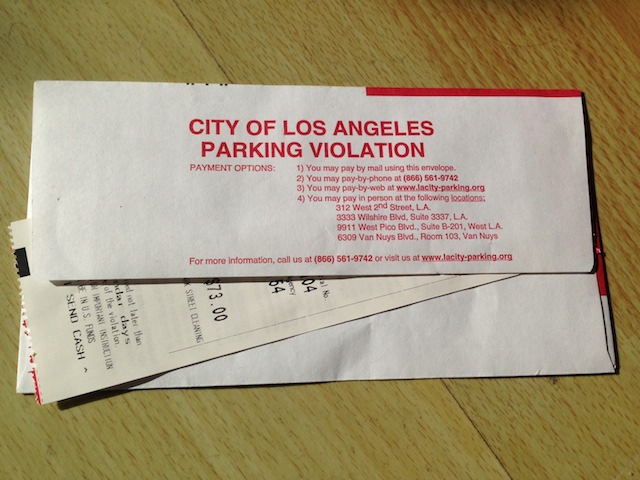 Mayor Eric Garcetti says he was "pissed" yesterday when he found out that parking officers had been handing out bogus parking tickets—and now he's promising that the city will refund each of the wrongly issued citations.

Garcetti ordered the L.A. Department of Transportation (LADOT) to research and find all the tickets that were issued in "relaxed parking zones"—areas where street cleaning has been cancelled and parking tickets aren't supposed to be handed out, according to City News Service. He is then getting them to dismiss and refund each and every one of those $73 tickets.

"It's wrong and everyone is going to get a refund," Garcetti said.

Garcetti has fought to stop tickets being issued on relaxed parking zones. The city even launched a website last year that shows routes where there's relaxed enforcement (meaning you can feel free to park on the street) on days where street sweeping has been cancelled.

However, CBS Los Angeles investigated the issue and discovered that parking officers—who claimed they didn't know about the relaxed enforcement rule—were still issuing parking tickets to cars that didn't deserve them.

Yusef Robb, spokesman for the mayor's office, told City News Service that they're not sure how many tickets have been issued since Dec. 1, 2013 when the rule came into place. He said there was a "communication breakdown between departments."

After CBS Los Angeles' investigation, street services said that they'll now alert LADOT earlier about their schedules so that parking officers won't issue tickets to people who shouldn't be getting them.

CBS Los Angeles launched a website that lets you know if you have been wrongly issued a ticket.