Thursday Is The Most Awful Traffic Day In Los Angeles 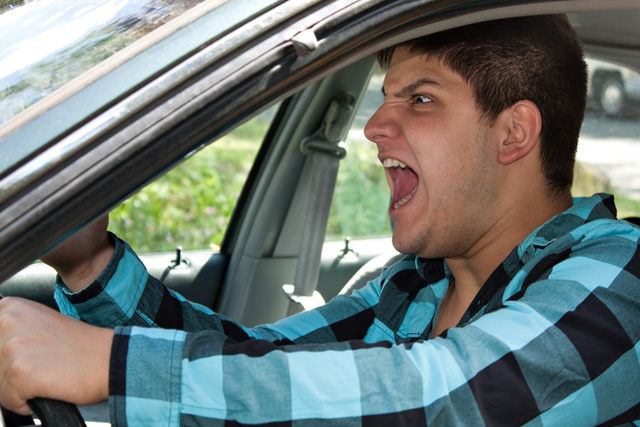 All of L.A. at about 6 p.m. on Thursdays, as played by one stock image actor (Photo by ARENA Creative via Shutterstock)

The results are in on a study on everyone’s least favorite thing in the world, traffic: It turns out Thursdays are the absolute worst.

Results culled from three companies that analyze traffic through GPS agree that Thursdays are one of the worst days, if not the worst, according to the Los Angeles Times. There’s some variation to the data—one firm says Fridays are just as bad, another says Wednesdays are equally terrible. But according to technology company Inrix, the congestion lasts the longest on Thursdays. And just so we don’t short-change the suckiness of Friday traffic, Inrix says traffic starts even earlier on Fridays, it just doesn’t last as long as on Thursdays.

But why are Thursdays the worst? Researcher theories range from commuters leaving early on Thursdays, right in the middle of rush hour, and taking Fridays off or working from home, to college students commuting to classes on Tuesday and Thursday nights.

People also tend to start their weekends early around here. Bill Eisele, a senior research engineer at the Texas A&M Transportation Institute, says, “If you think about Los Angeles, and the surrounding area, you have a lot of destinations. There’s always something going on somewhere in the basin, not only for locals, but for people who are visiting.”


These findings generally are the same in different cities—traffic at the end of the work week is the worst no matter where you go.