Weekend Planner: 22 Things To Do In Los Angeles

LAist gets a lot of event announcements, and we comb through them all to bring you a curated list of what’s happening in LA this weekend, including these 22 events. Check out our November Guide for more suggestions, including the Los Angeles Music Video Festival, the New Urban Film Festival, Making LA Conference, the Downtown Music Festival, Bent-Con, Inglewood Open Studios and more. We’'ll be back on Monday to help you plan the week ahead.

PUNK POETRY: UK punk-poet John Cooper Clarke has his first performance in three decades at La Cita in DTLA on Friday night. The elder statesman of subversive spoken word and social satirist does a 30-minute set beginning promptly at 10 pm. Advance tickets $8 or $10 at the door.

ART: Little Big Man Gallery presents A Good Man’s Grave Is His Sabbath, featuring the work of British photographer Nick Waplington. Photos will be presented along with the artist’s drawings and various memorabilia from the artist’s collection of fanzines, books, records, concert tickets and T-shirts. Waplington will be at the opening reception, held on Friday from 6-9 pm with a DJ set by the artist, featuring music from his 7-inch singles collection.

COCKTAIL CLASS: The Institute of Domestic Technology holds the class Bitters, Liqueurs and Cocktail Basics on Friday from 6-8 pm at the Greystone Mansion Speakeasy in Beverly Hills. Learn about the history of making bitters and make some of your own to take home and then incorporate them into your own signature cocktail. Then use grain spirits to craft liqueur infusions including a citrus flavor bar. The class also includes the making of a prohibition-era cocktail. Of course, the evening ends with a cocktail reception. Tickets: $95.

THEATER: Gravedigger, an interactive theater performance, re-creates infamous deaths from the past. Learn a little history then watch some of history’s well-known tragedies re-enacted on stage. Performances are on Fridays and Saturdays in November at 8:30 pm at Zombie Joe’s Underground Theater in NoHo. There is also one special late performance on Nov. 21 at 11 pm. Tickets: $15.

ART: Gallery1988 presents Exit Home, a new solo exhibit from local artist Bob Dob. The show opens on Friday with a reception from 7-10 pm at G1988 (West) with the artist in attendance. If you can’t make the party, the show runs through Dec. 6.

ART: KM Fine Arts presents Zugzwang, a solo exhibition of new paintings and mixed media works by Dana Louise Kirkpatrick, on view from Nov. 8 to Jan. 17. Her paintings reference literature as well as elements of Modern art with many figures often surreal depictions of the artist herself. The opening reception is on Saturday from 7-10 pm.

GARDEN FESTIVAL: Descanso Gardens holds its annual Japanese Garden Festival on Saturday and Sunday to celebrate the art and culture of Japan, featuring taiko drum performances, an ikebana display, a garden tour and more. Patina sells Japanese cuisine, sake and beverages through the weekend. The festival is free with Descanso admission ($9 general, $6 seniors/students with I.D., $4 children 5 to 12; children 4 and younger free). 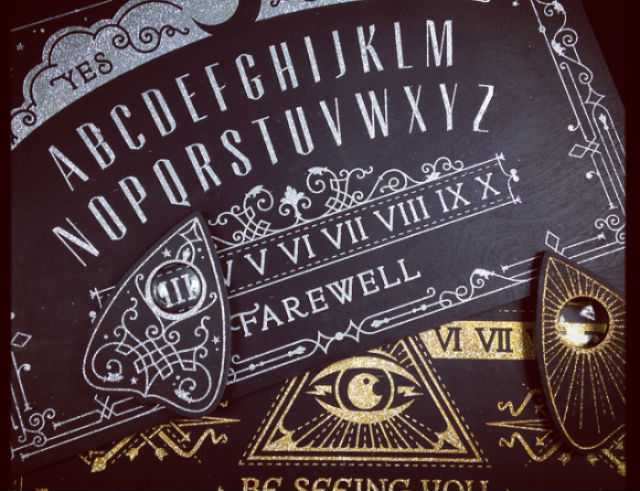 DCON: DesignerCon 2014 returns to the Pasadena Convention Center this weekend featuring two days of toys, art, apparel, ephemera and more. The convention is a great mixture of pop, urban, street and underground art with more than 300 vendors. There are also art shows, panels, presentations and exclusive releases during both days (Saturday, 9 am-6 pm and Sunday from 10 am-5 pm). There’s a DCon Post-Event Pajama Party on Saturday from 8 pm to midnight in the convention center lobby for snacks, games and a cash bar (admission is free with a DCon weekend pass).

WALKING TOUR: One of the New Urban Film Festival’s extracurricular offerings is a Walking Tour of Downtown Los Angeles with Dean Haglund, best known as one of the Lone Gunmen on the X-Files. He’ll be leading tours at 10 am on both Saturday and Sunday, highlighting L.A. history, silent film locations and vaudeville legends. Tickets: $25+ fees.

ARCHIVES: As part of its Collectors in Conversation series, the Allendale Branch Library in Pasadena presents Monomaniac LA a series of short videos which focuses on three L.A.-based historical collections and their collectors on Saturday at 2 pm. Three of the subjects profiled will be at the library in person to discuss their collections, including Dr. Joseph Hawkins, director of the ONE National Gay and Lesbian Archives at the USC Libraries; Carol A. Wells, whose Center for the Study of Political Graphics in 1988, which contains more than 85,000 posters; and citriculture historian David Boulé whose collection and book, The Orange and the Dream of California, focuses on oranges in L.A.

ART: Coagula Curatorial presents Identity, a solo exhibition by Dave Naz with an opening reception on Saturday at 7 pm. His works “explore the gender spectrum in an entirely new way - by turning his camera on transgender, intersex, pangender, and every shade in between.” Naz releases his eighth book Genderqueer: And Other Gender Identities concurrently. The works will remain on view through Dec. 20.

COMEDY TALK: KPCC presents How I Learned the Business of Creativity, an evening featuring “Marketplace” host Kai Ryssdal with special guests Amy Poehler, Norman Lear, Gwynne Shotwell and others at UCLA's Royce Hall. Tickets: $65.50/ $48.50/ $38.50. Doors at 7 pm and the program at 8 pm. Copies of Amy Poehler’s book Yes Please and Even This I Get to Experience by Norman Lear (Penguin Press) will be for sale in the lobby as well.

FOOD TALK: The Hammer Museum presents the program The Future of Food: Democracy or Dictatorship? on Sunday at 2 pm. Food activist Vandana Shiva discusses the food democracy movement with environmentalist Derrick Jensen and the ecologist and GMO expert Ignacio Chapela. From the Hammer: “...chemical and seed corporations are moving to control the global food system through genetic patents and seed laws that prevent farmers from saving and exchanging seeds. By suppressing food labeling laws, these corporations limit consumers’ ability to make informed choices about what they eat.” Free.

FORENSIC SCIENCE: Into all the CSI stuff? Esotouric presents the program Dawn of Forensic Science at the Hertzberg-Davis Forensic Science Center (Cal State L.A.) on Sunday from 12-4 pm. The event is a history lesson of forensic science in LA, as told by the experts in the field, held in Cal State’s teaching crime lab. Tickets: $36.50.

CHAMPAGNE AND CROQUET: Barnsdall Art Park holds an afternoon of "Champagne and Croquet" on Sunday from 11 am to 3 pm. They’re setting up croquet on the west lawn of Frank Lloyd Wright’s Hollyhock House (which reopens public soon). The afternoon includes a three-flight sparkling wine tasting by Silverlake Wine and members of the Pasadena Croquet Association on hand to give instructions. Brunch will be available for purchase from from Heirloom LA and coffee by Bru CoffeeBar, but guests are welcome to bring their own picnic. The tickets are $35 for adults and $5 for kids (3+), with a members discount at $25. The proceeds benefit Barnsdall. No formal dress or knowledge of croquet necessary.

BIKE RIDE: The New Urbanism Film Festival presents The Friendly Bikeride on Sunday at 10 am. The 2-hour ride showcases the Mid-City West Community Council’s plan to create Neighborhood Greenways for safe walking and biking in the community. Ride down routes the council has highlighted to be Bicycle Friendly Streets, the changes they’ve proposed, and the progress that has been made towards creating a safer neighborhood for pedestrians, bicycles and cars. The ride starts at Alfred Coffee Melrose Place and ends at Milk Jar Cookies on Wilshire Boulevard, with a number of stops along the way to talk about the different changes proposed. This is event is FREE.

- Your Ultimate Guide to November Events