22 Of Our Favorite Events In Los Angeles This Week

Here are 22 of our favorite events happening in Los Angeles this week. We’ll be back on Thursday with our Weekend Planner column to help you plan—what else?— the weekend ahead. And check out the November Guide for other events this week, including the start of the Los Angeles Music Video Festival, the AFI Fest, Making LA Conference, a Clockwise music residency and a New Urban Film Festival.

MUSIC TALK: Jazz legend Herbie Hancock is in conversation with former L.A. Times jazz critic Don Heckman at Book Soup on Monday at 7 pm. They’ll chat about his new book Herbie Hancock: Possibilities, which chronicles his days as a child prodigy to his influences and his work with everyone from Miles Davis to Wayne Shorter to Joni Mitchell and Stevie Wonder.

ART: Neil Young has his first-ever West Coast art show at Robert Berman Gallery in Santa Monica’s Bergamot Station. Special Deluxe opens with a reception on Monday night from 7-9 pm and runs through the month, featuring a series of watercolors and prints from art artist. One of the paintings on view serves as the cover of Young’s new album Storytone, which is out on Tuesday.

DESIGN TALK: There’s an interesting discussion and exhibition that opens on Monday at SCI-Arc Library Gallery at 7 pm. IDEA Office: Thinking the Future of Auschwitz features SCI-Arc Director Eric Owen Moss and Architect Russell Thomsen talking about an architectural proposal for the future of the Nazi concentration camps in Poland. Free, with a reception following the discussion.

MOVIE, INTERRUPTED: Talking during a movie is acceptable during Doug Benson's Movie Interruption, where Benson and friends add impromptu, hilarious commentary to a movie from the front row at Cinefamily. Benson screens Lucy featuring Scarlett Johansson and DJ Jack Sills spins tunes before the show. Tickets: $14/free for members. 7:30 pm.

SCIENCE TALK: Live Talks LA presents an An Evening with Bill Nye in conversation with writer/comedian Emily Levine at the Aero Theatre on Monday at 8 pm. They’ll discuss his new book Undeniable: Evolution and the Science of Creation, in which he explains, “why race does not really exist; evaluates the true promise and peril of genetically modified food; reveals how new species are born, in a dog kennel and in a London subway; takes a stroll through 4.5 billion years of time; and explores the new search for alien life, including aliens right here on Earth.” Tickets: $20; $43 for reserved seats and book; $95 for pre-reception (6:30-7:30pm), book and reserved seats.

MUSIC: The Bros. Landreth bring their Canadian roots rock to the Hotel Cafe on Monday night for an early 8 pm set. They’ve been compared to The Band and the Allman Brothers and are touring in support of the album Let It Lie. Tickets: $12+ fees. 21+.

SOCIAL SHOPPING: There’s a Skybar Social at the Mondrian Market on Wednesday night from 8 pm to midnight. A Night of Saving the Planet features planet-friendly artwork, jewelry and home goods that can help us reduce, reuse and recycle. There’s no cover and enjoy the views from the Skybar and music by DJ Best. Free drinks from 8-9 pm courtesy of Peroni. RSVP to: skybarla@mhgc.com.

COMEDY: Backyard: A Comedy Show That Feels Like Home is a new bimonthly comedy show on the first and third Wednesdays of every month, hosted by Tony Sam and Wes Hudson. Featured performers this Wednesday include: Julian McCullough, Andres du Bouchet, Josh Fadem, Megan Koester. 8:30 pm at The Backyard Restaurant in East Hollywood. Free. 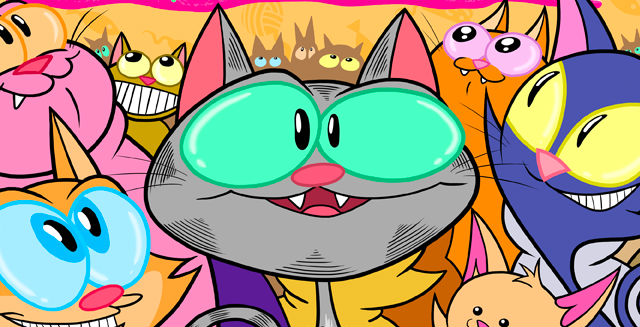 'Catopia' is a one-night only show at the Steve Allen Theatre on Wednesday night. (Image: Courtesy of Catopia)

CATS: The Steve Allen Theater welcomes Catopia, “a night of esoteric and mystic cat entertainment” on Wednesday night at 7:30 pm. The lineup includes: “Music and cat videos from LA's own purveyors of sonic cat weirdness, Cat Museum! The debut of Cat Sabbath, the world's only cat/Black Sabbath tribute! A cat seance with the White Witch of Los Angeles, Maja D'Aoust! A lecture on cats, demonology and witchcraft by Paul Koudounaris, author of the Empire of Death and Heavenly Bodies!” There’s also slideshows, performance art and a cat adoption in the lobby by Grace Animal Rescue. Special guest DJ Kitten Sparkles (aka Don Bolles of the Germs) spins tunes. Tickets: $12.

MUSIC: Jeff Goldblum and the Mildred Snitzer Orchestra presents an evening of stories and songs at Rockwell Table and Stage on Wednesday at 8 pm. (If you can’t make the Nov. 5 show, their residency continues on Nov. 12, 19 and 26. Tickets: $20-$25.

FILM: Film Independent at LACMA presents a free screening on Wayne Wang’s 1997 film Chinese Box at 7:30 pm. Made during Hong Kong’s return from British rule to the People’s Republic of China, the film stars Jeremy Irons and Gong Li. Director Wayne Wang will be in attendance to discuss his film, which “deals with both the dread of a future that may not happen and clinging to the traditions of the past.” Free, but tickets needed. 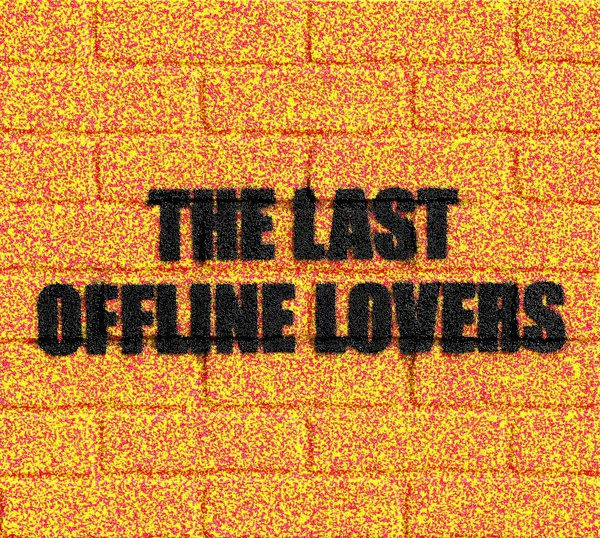 Gusford opens a new solo exhibition featuring the work of Adam Mars. (Image: Courtesy of the gallery and the artist)

ART: Gusford gallery opens a new exhibition by L.A.-based artist Adam Mars on Thursday. Using text-based brick paintings, Once Upon a Time, We Weren’t Stalkers captures the “cultural shift in relationships between people, technology and images.” The exhibition remains on view through Dec. 20. The opening reception is on Thursday from 6-9 pm. To attend, please RSVP to rsvp@gusfordgallery.com.

MUSIC: Former SNL player Ana Gasteyer celebrates the release of her debut album, I’m HIP! with a show at Largo on Thursday at 8:30 pm. Her style channels old-school jazzy standards, but the album also includes a cover of Carrie Underwood’s Before He Cheats. Tickets: $30.

FILM + TALK: The Hammer Museum presents Love Has Many Faces: An Evening with Joni Mitchell on Thursday at 7:30 pm. Mitchell introduces a screening of The Fiddle and the Drum, a ballet film set to the songs of Joni Mitchell and choreographed by Jean Grand-Maître of the Alberta Ballet Company. "The ballet reflects Mitchell's lifelong concerns about the Earth's ecological destruction and human warfare through sound, movement, and video installation." There's a post-screening discussion, and since it's also Mitchell's birthday, a celebration in the museum's courtyard follows. Free.

STORYTELLING: Eat Your Words, a live storytelling event hosted by Greg Walloch, is at The Standard Hollywood’s Cactus Lounge from 8-10 pm on Thursday. The evening features stories that are inspired by a food theme, told by storytellers and comedians with special guest appearances by LA area chefs, bartenders and other foodies. Storytellers include: writer Todd Masterson, Michael Faye (of Kombucha Dog), actress Megan Hayes, Monti Carlo and actor Moses Storm. Free, but RSVP needed.

FILM: There’s a special red carpet premiere and screening of the crowd-sourced film Mad as Hell (a doc on The Young Turks of YouTube) on Thursday night at 7:30 pm at Harmony Gold. The film documents the “tumultuous, at times hilarious and altogether astonishing trajectory of Cenk Uygur, The Young Turks’ main host and founder, as he traverses from unknown Public Access TV host to internet sensation by way of YouTube.” The $22 ticket price includes an open bar, Q&A and reception with Cenk Uygur, The Young Turks and filmmakers. 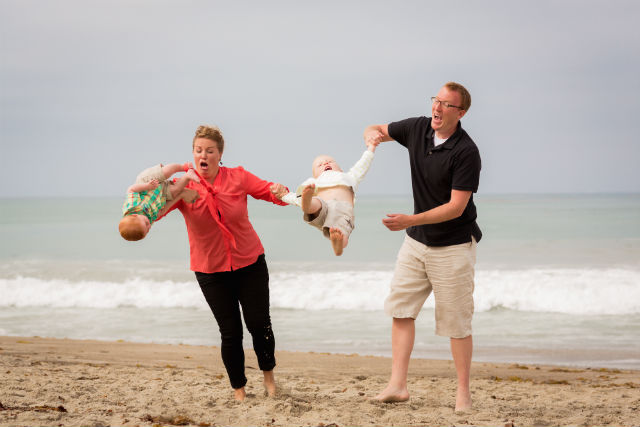 ART: Blue C Sushi, an interactive sushi bar in Hollywood, hosts a special exhibit that showcases the best of the worst images from Awkward Family Photos. TheBest of Awkward Family Photos kicks off on Thursday with a special invite-only opening celebration with guests that include Mike Bender and Doug Chernack, the guys behind the popular website. There are a limited number of invites available and must be requested.

Related: November Events Guide: 20 of Our Favorite Events in L.A.