Downtown L.A. Is Getting A Couple Of Fancy New Gay Bars 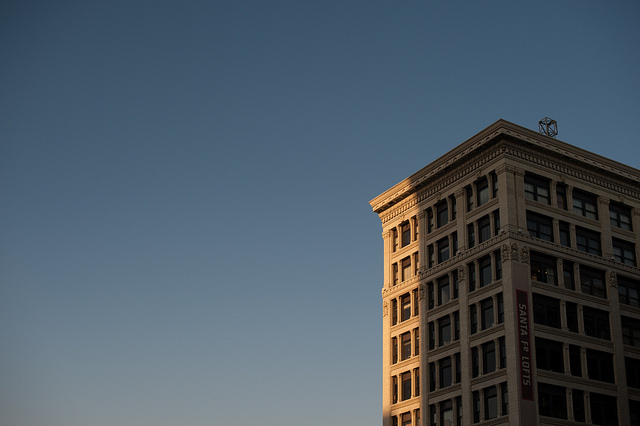 Those lamenting the lack of gay bars outside of Silver Lake and West Hollywood should have a couple of new Downtown spots to hit up in the coming year.

A new LGBT bar called Redline is planned to open in the Historic Core on the ground floor of the Santa Fe Lofts in early 2015, according to DT News. The first-time venture from Oliver Alpuche and Zachary Beus would occupy at 1,900-square-foot space in the building at 121 East 6th Street.

“Seeing how open the community is, I think it’s time for a gay bar to be here,” Alpuche said. “We want to make it into a community meeting space, too.”

Plans include a dance floor and food menu, with hours from 5 p.m. to 2 a.m. and longer on the weekends for brunch. Alpuche said they want to open the bar by late January 2015.

Redline isn’t the only new gay bar planned for Downtown. Frontiers reported earlier this year that a bar called Precinct, a Prohibition Era police-themed spot, is planned at the corner of Broadway and 4th, though a firm timeline has not been announced for that one.

Downtown L.A. has pretty much always had gay bars, beyond nights like Mustache Mondays at La Cita. The New Jalisco Inn has been slinging brews for years under a variety of names. And Downtown L.A. has a well-documented history of being a gay hotspot, historically at Pershing Square. But in light of longstanding LGBT bars closing like Silver Lake’s MJ’s, Le Barcito and The Other Side, Hollywood’s The Spotlight and Downtown’s Score, these new bars should be welcome news.