Los Angeles has no shortage of places to catch live music. Ranging from the influential Roxy on Sunset, to the palatial Hollywood Bowl, to the shining Walt Disney Concert Hall (for the more refined), there's a music venue for every part of town catering to almost any taste. But what Los Angeles might go unnoticed is a whole slew of intimate hole-in-the-walls and spaces where you can catch up-and-coming bands and artists before they move on to those aforementioned concert halls. Here are our favorites, and as always, leave your own favorites in the comments. 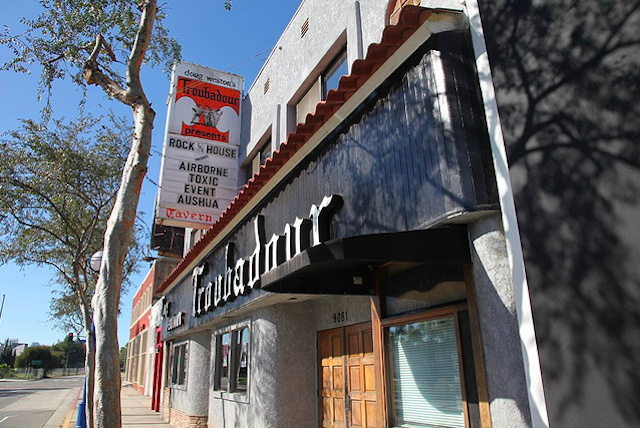 In operation since 1957, The Troub has had acts like Elton John, Guns N' Roses, and Radiohead rock their stage before becoming the legends they are now. With a small capacity of 400, there's not a bad vantage point in the house to catch the closest glimpse of that future rock star. Even the bleacher seats upstairs are close enough to the stage from above to give you the option of resting your weary feet without feeling bad about missing the show. It's the coolest venue on the Westside, bar none. 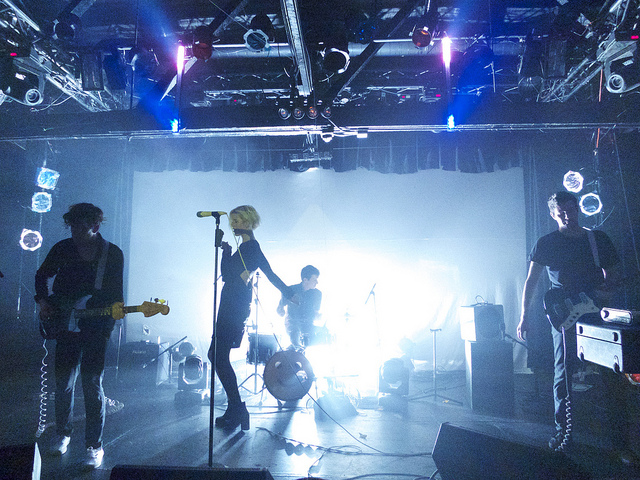 The Echo & The Echoplex

These two venues attached by the hip represent a good chunk of L.A.'s top indie music scene and bring out an electric mix of concertgoers. The hottest bands are always bound to play at either of the these two places right when they land that coveted "Best New Music" tag from Pitchfork.com but before losing their edge and doing Morning Becomes Eclectic live sessions. The joints are dark, there are places to sit, and the vibe there lends itself to lots of dancing. The Echoplex is the larger of the two and located below the Echo, and the best part is that their kitchen serves up delicious slices of pizza from Two Boots Pizza. Discover new bands with their Monday night residencies. Also, if you want to get your dance on, the Echo has Funky Sole on Saturday nights so you can shimmy to some '60s soul. —Jean Trinh and Carman Tse 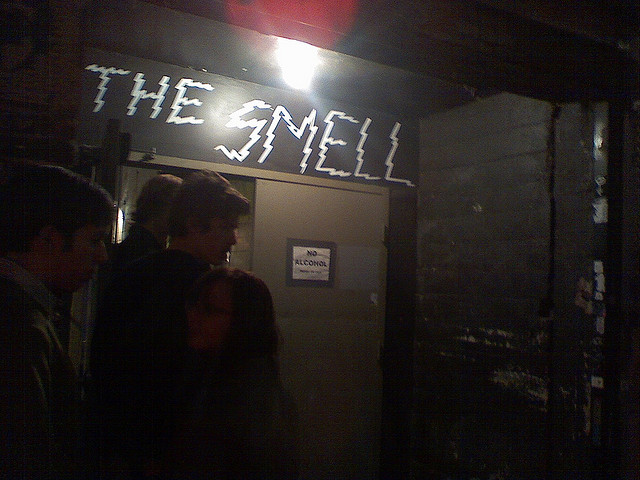 A venue so important that No Age immortalized it for the cover of their first album, The Smell is the epicenter of Los Angeles' experimental, punk, noise scenes. FYF Fest lineups from when FYF actually was the initials of the festival's original name (look it up) were practically culled from Smell show calendars. Among their alumni that have graced the small stage includes luminaries such as the aforementioned No Age, Mika Miko, and Abe Vigoda, and has also hosted out-of-towners including The Strange Boys, The Mae Shi, and Vivian Girls. All-ages and alcohol free, the Smell is as much a concert venue as a community space with a D.I.Y. spirit that lives on 15 years into its existence.

The Smell is located at 247 S. Main Street in Downtown L.A., but the entrance is in an alley between 3rd and Spring. 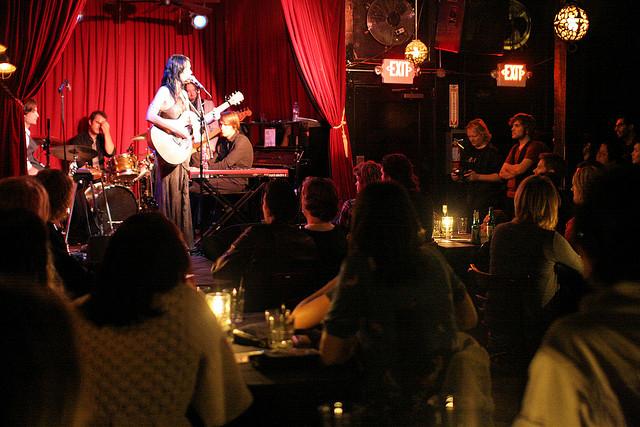 Photo by wishbynight via the LAist Featured Photos pool on Flickr

Nestled in the middle of the Hollywood club and bar scene on Cahuenga Boulevard is Hotel Café, an intimate music venue with a totally different vibe from its neighbors. It's a dimly lit space with brick walls and tables with candles sitting on each of them. The venue, which was once a coffee shop, has hosted some up and coming artists before they became big for cheap ticket prices (even as low as $10). Katy Perry and Ingrid Michaelson have performed there in the past and even Lana Del Rey booked her first Los Angeles gig there back in 2011. If you get to the venue early, you might be able to even snag yourself a seat at one of the tables. Plus, there's a full bar so you can get your drink on. —Jean Trinh 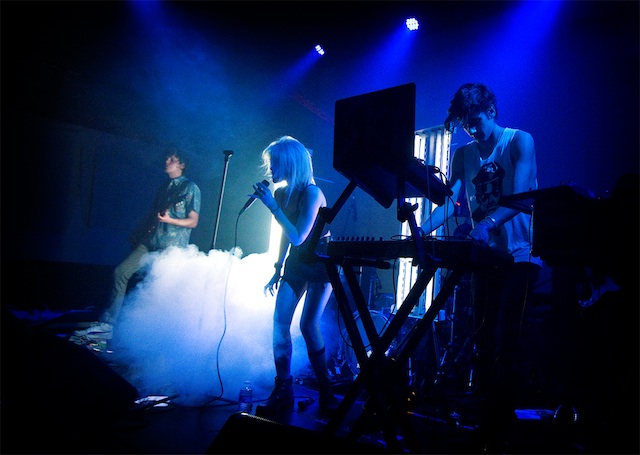 Sky Ferreira at the Bootleg (Photo courtesy of The Fold)

There are a lot of things we love about the Bootleg Theater: the shows are cheap, the venue is low key, and the bartenders there keep you sated with affordable craft beer and wine. The Bootleg Theater that was once a warehouse in the 1930s is now being used for a variety of concerts, theater performances, comedy, and dance. There, you can also check out the lineup of eclectic local musicians who are moving up in the music scene; some of their previous acts include Grouplove, Local Natives and Phantogram. The venue still has that old-school warehouse feeling with its brick walls and exposed beams on the ceiling. You can also smoke outside in their courtyard and savor your memories by taking some snapshots in their photobooth. —Jean Trinh 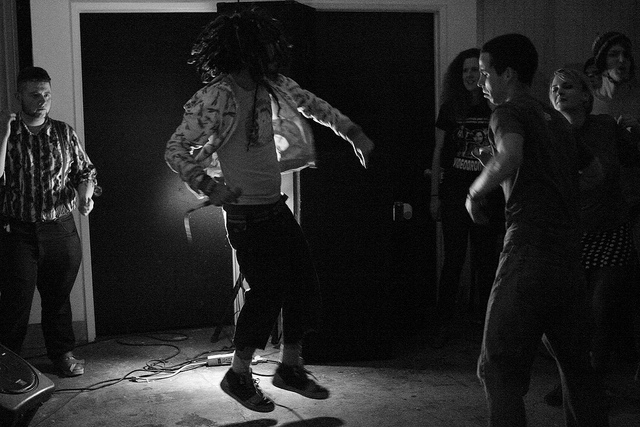 Pehrspace (Photo by Mikey Wally via the Creative Commons on Flickr)

This intimate arty venue hidden away in Filipinotown is where you can find under-the-radar bands as well as more established acts like HEALTH and No Age. It's all-ages, volunteer-run and has a very DIY vibe. A night here won't set you back much: shows will usually only set you back about $5. They also host trippy events like the monthly Prism Pipe, which features film with live scores by musicians. —Emma Gallegos 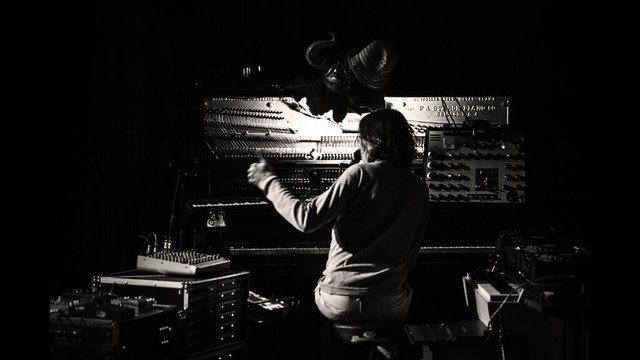 Largo at the Coronet

Largo, formerly an intimate supper club-ish venue on Fairfax, took over the Coronet Theatre space on La Cienega in 2008. Its booking has changed slightly to include more comedy on the schedule, with acts like The Thrilling Adventure Hour, Judd Apatow, Jeff Garlin and Pete Kroll joining regular players like The Watson Twins, and Colin Hay. Jon Brion's legendary residency isn't as frequent anymore, but it remains a show Angelenos must attend at least once before they die (or move away). Owner Mark Flanagan runs a tight ship: The venue is cash only (tickets usually around $30 to start) and has a strict no cell phone/electronics policy (which we don’t mind). Beer and wine are served in the Little Room pub, which is usually open 90 minutes before showtime. —Christine N. Ziemba 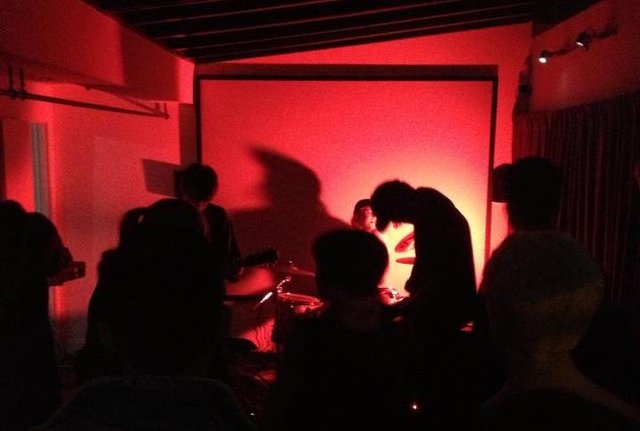 A hipster enclave in bougie Santa Monica, this tiny art space (capacity: 100) can serve as a concert space, art gallery, and film theater. But above all, it fosters a youthful and creative art community on the side of town that needs it most. Where else would they host a Fuck No Fest, a nice antidote to the totally lamestream FYF Fest?