California Leads The Nation In Fatal Bicycle Crashes: Behind The Numbers 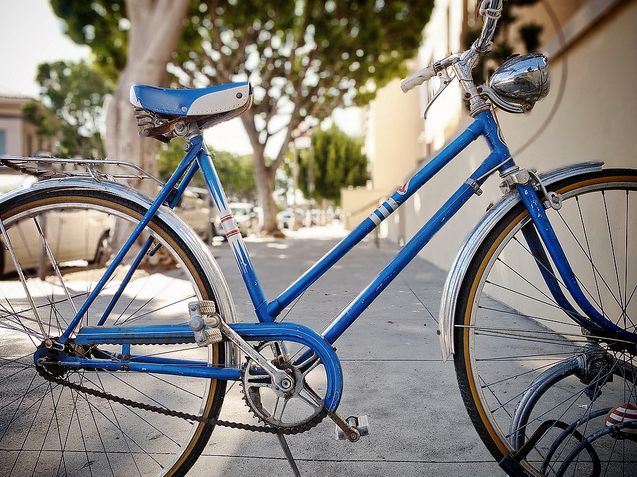 First, the bad news: not only has the number of bicycling deaths been increasing throughout the nation, it looks like California is leading the list. A new study released on Monday found that 338 cyclists in our Golden State died from crashes with cars from 2010 to 2012—and that was the most of any other state.

Monday's report, which studied the 2010 to 2012 time frame, found that bicycling deaths increased by 16 percent across the U.S. during those three years. And California, Florida, Illinois, New York, Michigan, and Texas—the most populous states—made up 54 percent of the country's bicyclist deaths. We also saw a jump in the number of bicyclist deaths in California; in 2010 there were 100 deaths compared to 123 in 2012. Florida isn't too far off from us: they had 329 total deaths during those three years, just trailing behind us by nine deaths.

There's nothing about cyclist deaths to celebrate, but the news could be the consequence of something good: that more people are biking. Biking infrastructure isn't quite there in most cities (except you, Portland), so it appears that as more people have taken up biking, there have been more biking deaths. The 2013 U.S. Census notes that bicycle commuters have increased by 62 percent since 2000.

But we don't know for sure. Biking activist Ted Rogers argues on his Biking In LA blog that some of these figures need context. He's glad that there is increased attention to the problem of biker safety, even if we should take these particular stats with a grain of salt. "In fact, it’s entirely possible that bicycling is actually getting safer, since no one has any clue how much ridership has increased in that same three-year period, since virtually no one bothers to count it."

The study says factors that contributed to the bicyclist deaths include people who don't use helmets and others who are biking while under the influence of alcohol. Two-thirds of bicyclists who got fatally injured were not wearing helmets (though whether a helmet would have saved them isn't clear), and 28 percent of bicyclists 16 and older had blood alcohol concentrations of .08 percent or higher.

The demographics of who is getting killed on bikes is changing, and increasingly it's adults—namely adult males. They made up 74 percent of the cyclist deaths in 2012. While the percentage of biking deaths of riders under 20 years old have decreased, the number of deaths for bicyclists over the age of 20 have increased from 21 percent to 84 percent. The number of male bicycling deaths have increased from 82 percent to 88 percent over those years. (It's worth noting that men tend to outnumber women on bikes in the United States: only one out of five bikers is a woman in Los Angeles.)

The study suggests that there be more marked bike lanes, create a network of "traffic-calmed roads" that parallel major arterials that cars and buses use and separate bike signals, giving cyclists an advance green light. "There's more biking in general, and more biking in urban areas," Jonathan Adkins, executive director of the Governors Highway Safety Association, told SF Gate. "But you've got to protect cyclists when they're out there on the road with motor vehicles. This is a share-the-road situation."

Of course, this sort of thing is still apparently highly controversial.