Weekend Planner: 25 Things To Do in Los Angeles 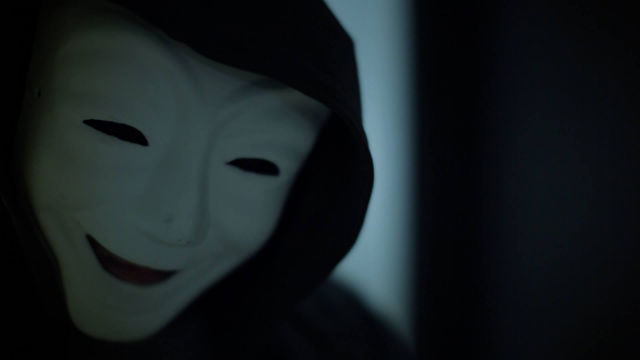 LAist gets a lot of event announcements, and we comb through them all to bring you a curated list of what’s happening in LA this weekend, including these 25 events. Check out our October Guide for details on additional events, and we'll be back on Monday to help you plan the week ahead.

FILM: On Friday, The Academy at LACMA presents the film series Haunted Screens: Expressionism in the German Cinema and its Influence with a Fritz Lang double feature beginning with M starring Peter Lorre (1931) at 7:30 pm, followed by While the City Sleeps (1956) at 9:35 pm. Tickets for the double feature: $5 and $3 Academy members, LACMA Film Club members, and students with valid ID.

ZOO NIGHT: It’s an adults-only evening for Night of the Living Zoo on Friday from 7-11 pm. The LA Zoo is transformed into a spooky backdrop for the annual halloween costume bash. In addition to music and dancing, there will be things that go bump in the night and moonlit performances of Poe and Gorey stories by Drama After Dark. DJ Johnny Hawkes spins the tunes, live music by So-Cal Rocket Dynamics as well as terrifying zookeeper talks. Ticket prices include all the fun, plus two drinks (beer, wine or soft drinks) with a full cocktail cash bar available for purchase. Tickets: $41-$51.

MUSIC: The Detroit duo Dale Earnhardt Jr Jr performs on Friday at the Tower Theater in DTLA. The band is on tour in support of their second record The Speed of Things. Also on the bill are: Madi Diaz and Miniature Tigers. 8 pm. Tickets: $20-$22.

FILM: White Bird in a Blizzard plays in limited engagement at the Nuart beginning this weekend. Director Gregg Araki will participate in a Q&A on Friday after the 7:30 pm screening and will stick around to introduce 9:45 pm. The film stars Shailene Woodley, Eva Green and Christopher Meloni with Woodley’s character trying to come to terms with her mother’s disappearance. Tickets: $9-$11.

FILM: American Cinematheque presents the double feature of Predator (1987) and Action Jackson (1988), both of which star Carl Weathers. The actor will be in attendance and participate in a Q&A after the screenings. 7:30 pm at the Egyptian. Tickets: $11.

DANCE: L.A. Dance Project returns to the Theatre at Ace Hotel in DTLA this weekend with a program that includes a new piece by choreographer Benjamin Millepied with music by Philip Glass. The evening also includes the U.S. premiere of Morgan’s Last Chug, choreographed by Emanuel Gat, and a reprise of Quintett by William Forsythe with music by Gavin Bryars and costumes by Stephen Galloway. The new production opens on Friday at 8 pm with additional performances on Saturday at 7 pm and Sunday at 3 pm. Tickets: $25, $50, $75.

BOOK SIGNING: Neil Patrick Harris—the just-named host of next year’s Oscars—has released his memoir Neil Patrick Harris: Choose Your Own Autobiography. Harris is doing a book signing at Barnes & Noble at The Grove on Friday at 7 pm.

NEW FILM: NewFilmmakers Los Angeles (NFMLA) holds its monthly screening tonight of new short films and a feature at AT&T Center in Downtown LA. The first short program begins at 5:45 pm, followed by a second slate of films at 7:30 pm. The feature screening—Chrysalis (directed by John Klein)—begins at 9:20 pm. There are pre-and post-receptions for each program to meet the actors and crew. Tickets: $5 online or $7 at the door or $15 for an all-night access pass, which includes complimentary drinks.

ODYSSEY PROJECT: The Library Foundation and the LA Public Library presents an Odyssey Marathon Reading on Saturday from 10:30 am to 5:30 pm. The event is being held in the Central Library's Getty Gallery and features more than 200 readers, including Cloris Leachman, Rhea Perlman, Bradley Whitford, Lisa Loeb, Ricky Jay, Lol Tolhurst, Dan Castellaneta (the voice of Homer Simpson). For the kids, there will be Odyssey-themed crafts and puppet shows. Free.

CARNIVAL: The STEAM Carnival is a new kind of carnival that features tech-infused games, attractions and entertainment to reimagine learning. The Two Bit Circus debuts its carnival on Oct. 25-26 from 11 am-7 pm at CRAFTED at The Port of LA. Use promo code LAIST for $5 off admission. Tickets: $20-$25, with VIP and family packages available. Also donate $10 to send an at-risk youth to attend the carnival.

ART: Giant Robot presents Marilla Blue and Orange, an exhibition of art by Mari Inukai. There’s an opening reception with the artist on Saturday from 6:30-10 pm. The exhibition, featuring work of expressionistic portraits and scenes from an imagined world, remains on view through Nov. 12.

FILM: The Crest of Westwood screens Hitchcock’s The Lodger with a live musical score (and performance) by Miguel Atwood-Ferguson and his ensemble. Tickets: $13.50. Following at 8:15 pm, The Crest House Band kicks off the 30th Anniversary Celebration of The Terminator. Tickets: $7.

BREWERY ARTWALK: The 32nd Anniversary Brewery Artwalk is this weekend (Oct. 25-26) in DTLA. The festival celebrates the largest active arts community in the world with more than 100 resident artists opening their studios to the public. Find art in all forms: ceramics, sculpture, glass art, street art, handcrafted jewelry, fashion, photography, prints, video art and paintings, in addition to performances. Food trucks will be parked on site both days (11 am-6 pm) with a beer garden hosted by Barbara’s restaurant. Free parking and admission.

ARCHIVES: The 9th Annual Los Angeles Archives Bazaar is being held at USC’s Doheny Memorial Library on Saturday from 9 am to 5 pm. If you have an interest in SoCal’s history, then check out some of the archival materials and collections from more than 70 institutions’ archives, from the Autry National Center of the American West and the Los Angeles Public Library. In addition, there’s also an archives roadshow, so bring historic photos or documents from home.

VARIETY: The Lost Moon Radio troupe presents a special two-night Halloween event: the Horroribly Hellarious Comedy Spooktacular on Oct. 25 and 26 at the Hudson Backstage in Hollywood. “It’s a blazing ride through the world of haunted summer camps, confused trick-or-treaters, and ghosts experiencing mid-death crises.” There’s plenty of comedy, and the Moon Units band provides live music through the night. Saturday’s performance is at 7 pm and Sunday’s is at 9 pm. Saturday’s special guests are The Story Pirates, and Sunday’s guests are The Midnight Show. Tickets are $22 in advance or at the door.

BIKING: CICLE, in partnership with Mujeres Unidas, holds a Pedal to the Port: A Two-Wheeled Wilmington Halloween ride, sponsored by Metro on Oct. 25. This community event in Wilmington leads participants, by bike, to the Happy Harbor Halloween Festival on the waterfront at the Port of LA. The bike ride will visit the festival for an hour before riding en masse back to the starting point. Meet at 10 am at 401 E. M Street (at Cary Avenue) in Banning Park, and the ride leaves promptly at 10:30 am. The ride will return to the starting location by 1 pm. Bring water and a good bike.

COMEDY SUPREME: Tenacious D (Jack Black and Kyle Gass) have amassed a great comedy lineup for the second annual Festival Supreme, which takes over the Shrine Expo Hall and Grounds on Saturday. Just a few of the performers include: Drunk History, Nick Kroll, Fred Armisen, The State, Janeane Garafalo, Peaches, Workaholics and so many more. General admission tickets: $99.

RUNNING: Sunday is the Halloween-themed Rock ‘n’ Roll Half Marathon and 5k benefitting the ASPCA (The American Society for the Prevention of Cruelty to Animals). More than 11,000 runners are expected to hit the streets of downtown/USC area for the 13.1- and 3.1-mile course. On-site registration available at the Expo on Friday and Saturday at the L.A. Convention Center. There is no registration on race day.

FILM: The Tingler, directed by William Castle and starring Vincent Price is screening in "Percepto" on Sunday at 7:30 pm. The film is about a lobster-shaped creature that “feeds on terror within the human body!” The film was also the first instance of using LSD as a plot device. Watch out for the wired seats. Tickets: $12/free for members.

DO GOOD: The Do Good Bus has an October Community Ride on Sunday from 10 am to 3 pm. It’s an altruistic adventure that brings people together to help their community and create a fun environment. The destination is a secret, so just meet at 10 am at the Culver City Expo Line, 8804 W. Washington Blvd. All Ages. Fee to participate: $35.

ART: The Los Angeles Municipal Art Gallery in Barnsdall Art Park opens two connected exhibitions on Sunday: Doris Duke’s Shangri La: Architecture, Landscape and Islamic Art and Shangri La: Imagined Cities. The opening reception is on Sunday from 2-4 pm; and the works will be on view through Dec. 28. The shows are part of the groundbreaking Los Angeles / Islam Arts Initiative (LA/IAI).

BOOK SALE: Mandelbaum Booksellers sets up a pop-up shop on the rooftop at the Ace Hotel in DTLA on Sunday from 11 am to 6 pm. There will be a selection of rare art, photography and fashion books as well as ephemera for sale.