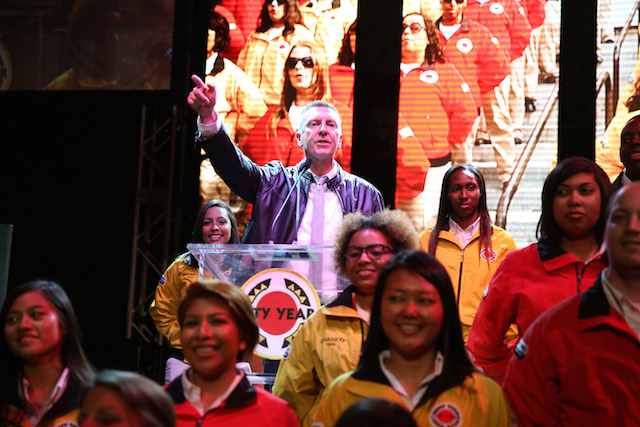 The LAUSD board announced this morning that superintendent John Deasy had tendered his resignation after four years as head of the LAUSD.

His contract wasn't up until 2016, but the board announced that he would be staying on with the district until December 31 of this year on special assignment, according to CBS Los Angeles. Former LAUSD chief Ramon Cortines has been named interim superintendent.

"We thank Dr. Deasy for over three years of devoted service to the District and its students. In that period of time, academic achievement rose substantially despite severe economic hardships, and the students of the District have benefited greatly from Dr. Deasy’s guidance," the board said.

Things had been rocky for a while—about a year ago, there were rumors that he would be stepping down. Many of the reasons noted in his departure now were problems then: losing allies on the school board after last year's election, the controversial rollout of the district's $1.3 billion iPad program and not having the support of teachers union.

Some of those issues only worsened over the last year: contract negotiations with the union haven't gone well, his relationship with the board only worsened and e-mails revealed that Deasy was in talks with Apple and a software supplier a year before the controversial iPad contract went out to bid. A new digital student records system that rolled out this fall was a disaster: students weren't scheduled for classes, their attendance and grades weren't recorded, KPCC reports. Detractors have called Deasy's management style aggressive and autocratic.

Deasy took the helm in 2011 at a tumultuous time for the LAUSD and public education in California. The state was still reeling from the recession, and the district faced a $543 million shortfall. But during his tenure, test scores went up, so did graduation rates and English learners were performing better. He also expanded the free breakfast program and reduced the number of days students are suspended 75 percent by rolling out less punitive policies, according to KPCC. He did housecleaning and got rid of hundreds of teachers after revelations that Miramonte teacher Mark Berndt had been accused of inappropriate contact years before it was discovered he fed his semen to students on crackers.

LA School Report says that lawyers for Deasy and the board have been working on a separation agreement for weeks. As a part of the agreement, Deasy is expected to receive 60 days' pay, which is about $60,000 as a part of his $350,000 annual salary, the Times says.