Why Rent Sucks In L.A. And Why It's Expected To Get Worse 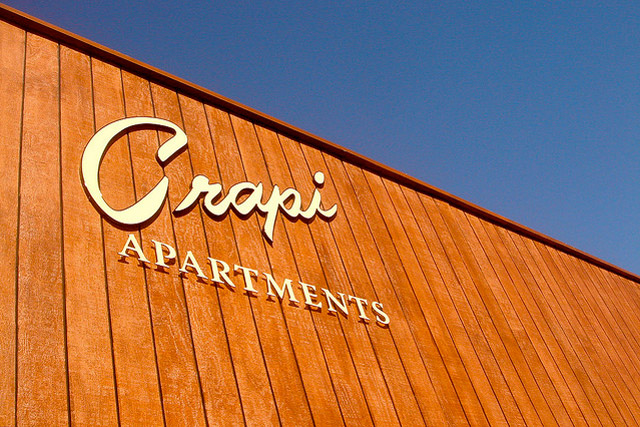 Sadly, we probably couldn't even afford to live in Palms' Crapi Apartments (Photo by mondolind via the LAist Featured Photos pool on Flickr)

Rent in Los Angeles is going to go from bad to worse, according to a new report.

The average rent in Los Angeles County right now is $1,716, and they're expected to climb to $1,856 a month by mid-2016, according to a new report from USC’s Lusk Center for Real Estate. That’s a growth rate of 8.2 percent, compared with 3 to 4 percent over the past 12 months.

Part of the problem is we’re in a terrible housing shortage, with only a 3.3 percent vacancy rate in L.A. County. Combine that with stifled wages, and we have what some would call the least affordable housing in the nation.

Before you pack your bags for the Inland Empire or Orange County, you should know rents are going to grow at an even faster rate in those two places, with an 8.6 percent jump to an average rent of $1,806 in O.C. and a 9.9 percent spike to $1,246 in the I.E.

The place with the highest average rent? You guessed it: Santa Monica, at a whopping $2,618 a month, even though rents in Santa Monica/Marina Del Rey actually decreased slightly overall. Downtown ($2,051), Hollywood ($2,006), Palms/Mar Vista ($1,984) and Mid-Wilshire ($1,909) rounded out the five most expensive places to rent in the county. Palms/Mar Vista saw the biggest jump in rent at 11 percent.

Victorville’s sounding doable right about now, where it’s just under $800 a month for the average rent, the lowest the study measured in SoCal.