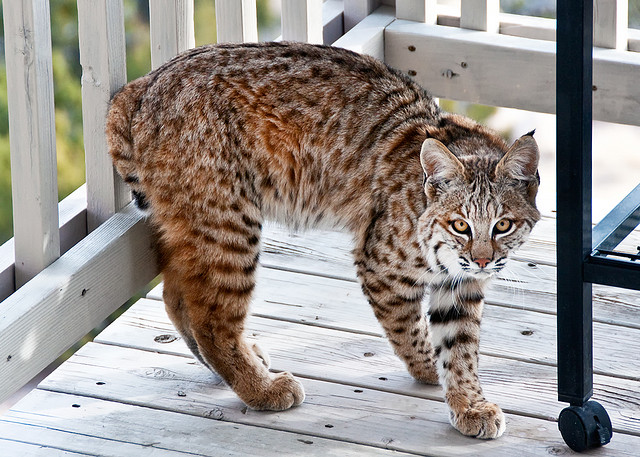 A bobcat (Photo by snowpeak via the Creative Commons on Flickr)

Fish and wildlife officials shot and killed an emaciated bobcat on Thursday after it bit a 65-year-old woman on the head and hand in Solvang.

The woman, an employee at the Alisal Guest Ranch and Resort in the Danish-themed tourist town, was sitting on a bench when she was attacked from behind by a 10-to-15-pound bobcat, the Los Angeles Times reports. The animal bit her on the head and again on the hand when she tried to push the cat away.

According to Santa Barbara County Fire Department Officials, her injuries were minor. Fish and wildlife officials found the cat not far from where the attack happened and euthanized it because it posed a public threat, a spokesperson for the department said.

An autopsy will be done to check for rabies. Bobcats rarely attack people and usually do so as a result of having rabies, according to the Arizona Fish and Game Department.