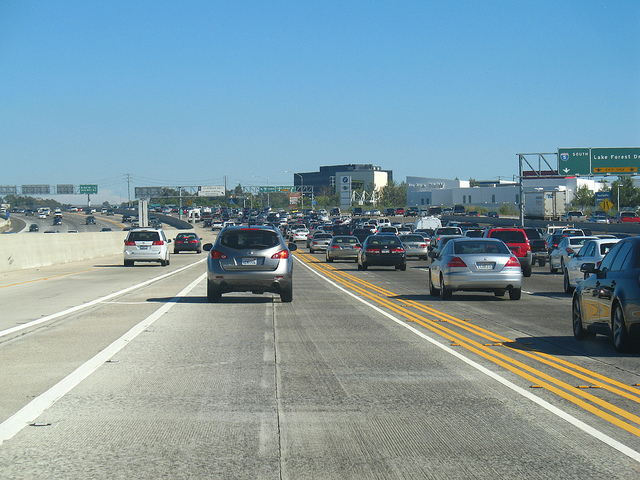 The car was travelling on the 5 Freeway in Irvine when it crashed off the shoulder near the 133 interchange and into an embankment at around 2:15 a.m., killing five of the car’s passengers, City News Service reports. Three males and two females were killed, the Los Angeles Times reported, while paramedics rushed the injured teenage male driver who was ejected from the vehicle to nearby Mission Hospital in serious condition.

The 5 was closed all morning as investigators looked into the crash. The car also caught on fire as it crashed, igniting a small brush fire that was put out within 30 minutes.

Update 1:50 p.m.: The driver of the four-door BMW was 16 and had a restricted license, according to ABC7, meaning it isn't legal for a driver younger than 17 and a half to be on the road between 11 p.m. and 5 a.m., nor to have passengers under the age of 20 without a licensed driver over the age of 25 in the car.

Update 2:25 p.m.: The three teenage boys who died in the accident have been identified by their soccer coach, according to ABC7. Billy McNicol, program director for Mission Viejo Soccer Club, identified them as Alex Sotelo, Matthew Melo and Brandon Moreno. They were all between 14 and 15 years old, according to the Los Angeles Times. Orange County coroner's officials are still working to identify the two girls who died in the crash.