Could Going Vegan Really Help With The Drought? 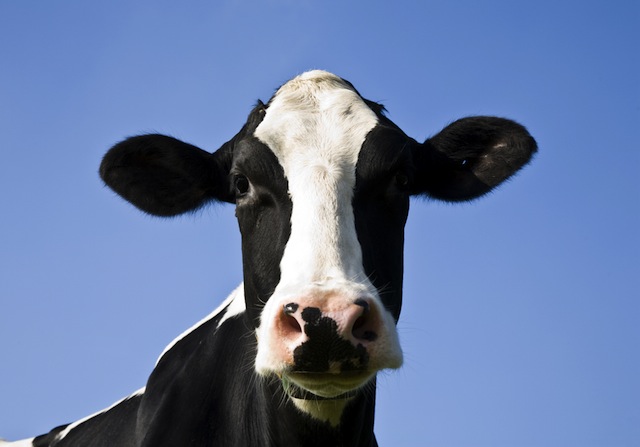 Photo by Worldpics via Shutterstock

Concerned about California’s drought? Instead of railing against giant water slides, maybe we should look at how much meat and dairy we’re eating.

Right now we’re in a “once in a generation” drought in California, according to climatologist Mark Svoboda at the National Drought Mitigation Center. Though there are plenty of things we each can do to curb individual water usage, about 80 percent of California’s water usage goes to agriculture, according to a study by the Pacific Institute and the Natural Resources Defense Council, while only 4 percent goes to individual use.

There’s enough data and numbers on water usage for agriculture in California to make your head spin, so let’s focus on just some of the pertinent numbers here. A report from the 2003 International Expert Meeting on Virtual Water Trade shows an average 16,726 cubic meters of virtual water (a number that includes water used in producing feed) used per ton of beef produced, versus 5,469 for pork, 5,288 for cheese, 3,809 for poultry and 3,519 for eggs. Compare that with 2,517 for soybeans, 1,437 for wheat and just 133 cubic meters of water per ton of potatoes produced.

Though the numbers vary a bit, the trend remains the same. The Water Education Foundation cites The Green Blue Book: The Simple Water Savings Guide to Everything in Your Life by Thomas M. Kostigen in stating that a pound of beef takes about 1,581 gallons of water to produce, compared with 200 gallons for a pound of rice.

Of course, there are two sides to this, and some point out that a pound of meat protein isn’t exactly the same as a pound of veggie protein.

“We have to put water use into context—over the past 30 years the U.S. beef industry has cut water use per pound of beef by 12%, and are continuing to use water more effectively every single day,” according to Dr. Jude Capper, a livestock sustainability consultant referred to LAist by the California Beef Council, the promotional arm of the California beef industry. “Everybody obviously has their own opinions about what they’d like to eat, but beef offers an excellent package of nutrients, at an affordable price. … Vegetable protein is seldom as digestible as meat, therefore it’s not as simple as protein A substituting for protein B—we have to look at protein quality within the human diet.”

Some, like Mother Jones, have also pointed out the amount of water California uses to supply nearly half of the country’s fruits, veggies and nuts, and that it takes 5.4 gallons of water just to produce on head of broccoli. But, as the New York Times’ James McWilliams points out, a 2012 study in the journal Ecosystems shows beef has an overall water footprint of about 4 million gallons per ton produced, versus an average 85,000 tons of water for vegetables.

One of the biggest water-suckers in California is alfalfa, but that’s primarily used for cattle feed. And it’s not just our own meat and dairy consumption that affects us, as we increasingly supply China’s alfalfa for its growing appetite for meat and dairy, as the Los Angeles Times points out.

Things are further complicated when you consider beef recalls, which waste the tons of water used to produce that beef along with the food itself, and how much water it takes to hydrate animals, clean their excrement and butcher them. No matter how you spin the numbers, things don’t look good in terms of how much water it takes to produce beef in particular, compared with vegetables.

We’re not going on the record to advocate everyone trade in their burger bibs for kale bowls. But instead of railing against your roommate for her long showers, maybe give a second thought to what you’re eating.