Huntington Beach Man With Nothing Better To Do Visits Disneyland For 1,000 Days Straight 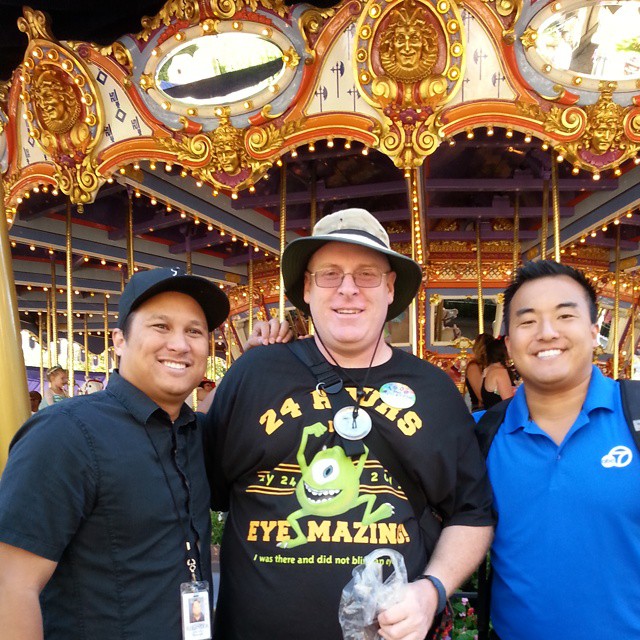 A Huntington Beach man who embarked on a quixotic quest with his girlfriend way back on New Year's Eve, 2011 to visit Disneyland for every day of 2012 has gone to infinity and beyond (to borrow a well-known Disney character's catchphrase) on this journey.

Although the O.C. Register reported at the end of 2012 that "they will slow down a little" in 2013, it seems as it Jeff Reitz never actually did and has since visited the Anaheim theme park for 1,000 days straight. He hit the milestone on Friday and has no plans on letting up. "I think it would be a lot of fun to take it up to the 60th anniversary," he told ABC 7.

Disneyland hits that 60-year milestone on July 17 of next year.

Reitz started his hobby back at the end of 2011 when he was unemployed and was gifted an annual pass to the park by a friend. He has since rejoined the workforce, landing a job at the VA Hospital in Long Beach, though that hasn't stopped him from making sure to check in every day at Disneyland. It no longer appears as if his then-girlfriend Tonya Mickesh joins him at the park anymore; perhaps a casualty of the Disneyland grind.

"It's amazing that I hit such a milestone, I had no idea when I first started that I'd ever rack up this kind of number," said Reitz. People can follow Reitz's journey on his Instagram and Twitter accounts, where he logs his activities every day. It doesn't seem as if he's getting bored of it anytime soon.

"Come here walk around, listen to the music, and you know, and everybody having a good time, and it kind of recharges you."