Forget About Pot Brownies, You Can Get Weed Pizza In Los Angeles 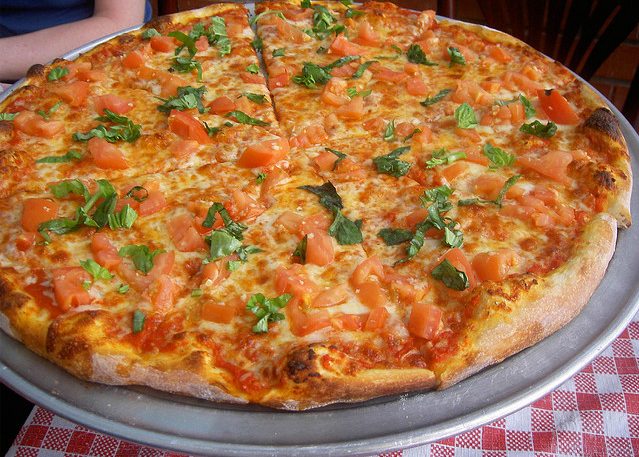 There are marijuana dispensaries all over town that sell edibles in the form of brownies and lollipops, but what about those folks who are looking for something more savory than sweet? That's where Stoned Oven Gourmet Pizza steps in, where its $10, six-inch weed pizzas are being sold in dispensaries around Los Angeles.

LA Weekly reported that the mastermind behind the pizzas, 24-year-old Henry Mark, has been increasing production of his pizza pies ever since he opened shop earlier this year. He developed his recipes for his different pizzas with his former partner and Soho House chef, using a THC concentrate from Mendocino. And since it's always tricky with edibles on how they can affect people differently, Mark suggests eating a quarter of the pizza, washing it down with some water, and waiting 30 minutes before going at it again.

While they are being sold at different dispensaries, including Venice Caregivers in Mid-City, the pizzas aren't allowed to be eaten at the stores due to L.A. laws. So, you'll just have to take them home and enjoy. We saw Weedmart Collective in South L.A. post an Instagram photo three weeks ago saying that they also carry the pizzas:

It seems like marijuana in food is a growing market. Over in Denver, where marijuana is legalized there, a marijuana food truck called SAMICH Truck surfaced in May, whipping up edibles like pulled pork sandwiches, grilled cheeses and tomato soup. If only we could have that over here.

However, in Los Angeles, it's already a step up that we have Stoned Oven Gourmet Pizzas in the game, and it certainly makes the whole munchies thing a lot easier and saves folks time from ordering a Domino's Pizza after getting high.