Angelenos Spend An Extra $2,485 Each Year Because Of Our Crappy Roads 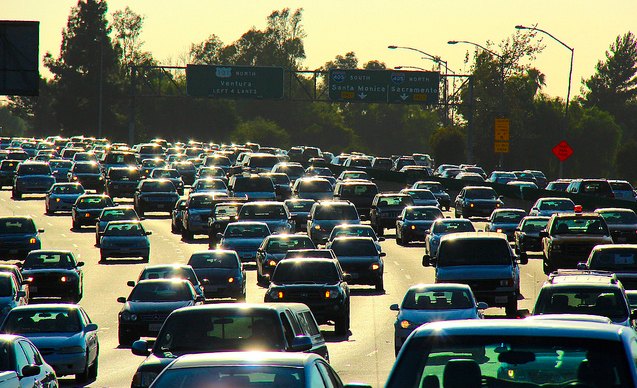 Sure, we know we have major pothole and traffic problems in Los Angeles, but it looks like it's costing Angelenos an extra $2,485 annually on average, according to a new study released today.

TRIP, a Washington, D.C.-based private nonprofit that conducted the study on all of California, researches transportation issues and is sponsored by insurance and construction companies and labor unions (all of whom, yes, have an interest in building better roads). The study is being trumpeted by Caltrans as well as Metro.

The study found that because of our deteriorating roads, L.A. drivers are spending $2,485 "in the form of extra vehicle operating costs (VOC) as a result of driving on roads in need of repair, lost time and fuel due to congestion-related delays, and the cost of traffic crashes in which roadway features likely were a contributing factor," according to TRIP.

Traffic is also getting worse: we're wasting away 61 extra hours a year sitting in our cars because of road delays, and $1,300 a year in wasted time and gas.

TRIP also points out that 65 percent of our major roads are in poor condition and 24 percent in mediocre condition.

“Our goal is to responsibly manage the state’s valuable infrastructure—starting with our new ‘fix it first’ policy—because every dollar invested in maintenance saves taxpayers from future repairs that are ten times more expensive,” Caltrans Director Malcolm Dougherty said in a press release.

Genevieve Giuliano, a professor at USC's Price School of Public Policy and director of the METRANS Transportation Center, told KPCC about how this has been a growing problem over the years. "Because of funding constraints becoming ever more binding, the problems are becoming greater with every passing year," she said.