PCH Clogged In Malibu Due To A Downed Power Line 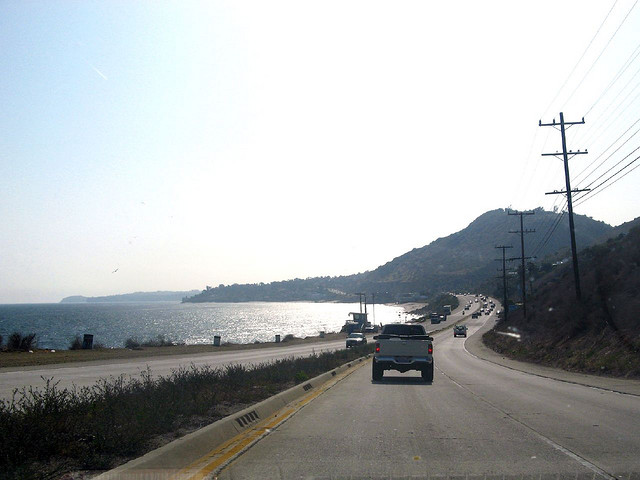 There was another reason to avoid the beach around Malibu today besides big waves and rip tides—a power line cracked and began to fall onto Pacific Coast Highway at Latigo Beach, stopping traffic for hours.

PCH was closed in a four-mile area just after 8 a.m. and was expected to remain closed all day, according to City News Service. Westbound traffic at John Tyler Drive was being turned around, with eastbound traffic stopped at Latigo Canyon Road.

If you’re already out there, the closest detour is the 30-mile-loop via Malibu Canyon Road, Mulholland Highway, Sierra Creek Road and Kanan-Dume Road.

The downed line caused about 976 homes and businesses to lose power at 9:21 a.m., but all but 244 were restoed by mid-morning, a representative from Southern California Edison said. There was no outside reason why the pole fell, according to firefighters.

A multimillion-dollar upgrade of the power lines in Malibu has begun as part of a settlement from the 2007 Malibu Canyon fire. State investigators say three SCE power poles blew over and started the massive fire, according to The Malibu Times.

Update 3:25 p.m.: By 3 p.m. workers had gotten far enough along to allow one lane to open in each direction, according to a tweet from KNX1070 reporter Megan Goldsby:

It's open! PCH now has one lane in each direction after crews use a crane to lift the final cable… http://t.co/Lf0lGDw1DF