Cee Lo Green Tweets Out His Creepy Views On Rape: 'Women Who Have Really Been Raped Remember' 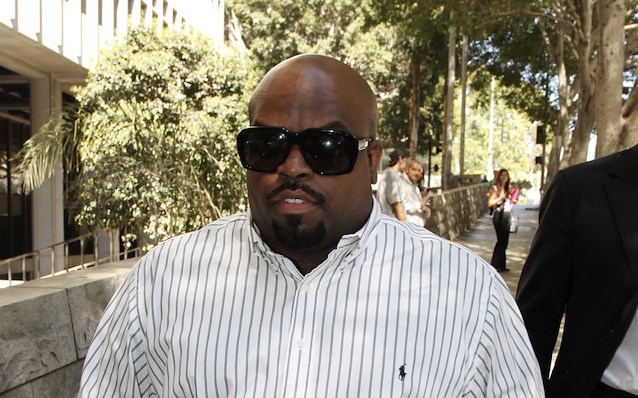 Cee Lo Green posted a series of bizarre, offensive and straight-up wrong tweets over the weekend about what does and does not constitute rape. This comes on the heels of him pleading no contest on Friday to furnishing a woman ecstasy. The woman in the case claimed it was much more serious: that he had slipped her the drug and sexually assaulted her.

Green's conviction in the incident did not include sexual assault, but he decided it was time to speak out about rape, "Women who have really been raped REMEMBER!!!" This doesn't take into account that women who are drugged before they're raped actually don't remember. He also tweeted disturbing and confusing things like "If someone is passed out they're not even WITH you consciously! so WITH Implies consent," and "When someone brakes on a home there is broken glass where is your plausible proof anyone was raped."

The hammer of the internet came down on him in the form of angry tweets. The "Fuck You" singer and former Voice judge deleted his Twitter account.

The woman in the case claimed that Green had slipped ecstasy in her drink during dinner back in July 2012. She said she later woke up in a bed naked with him with no recollection of what had happened. Green said that he didn't slip her the drug but rather shared it with her and she took it voluntarily, TMZ says. No rape charges were filed, and Green's lawyer argued that the sex was consensual. Green was sentenced to three years of probation and 360 hours of community service on Friday.

Green reinstated his Twitter account today, according to BuzzFeed, and deleted all the controversial things he tweeted, and wrote, "I will not allow that negative energy to loiter on my time line u still got it so keep it! I'm deleting this too." (However, some of them have been screenshot for posterity, which you can see here.)

He later half-apologized for his tweets, saying that he only intended on having a "healthy exchange." "Let me 1st praise god for exoneration fairness & freedom! Secondly I sincerely apologize for my comments being taken so far out of context," he tweeted. “I only intended on a healthy exchange to help heal those who love me from the pain I had already caused from this. Please forgive me as it was your support that got me thru this to begin with. I’d never condone the harm of any women. Thank you.”