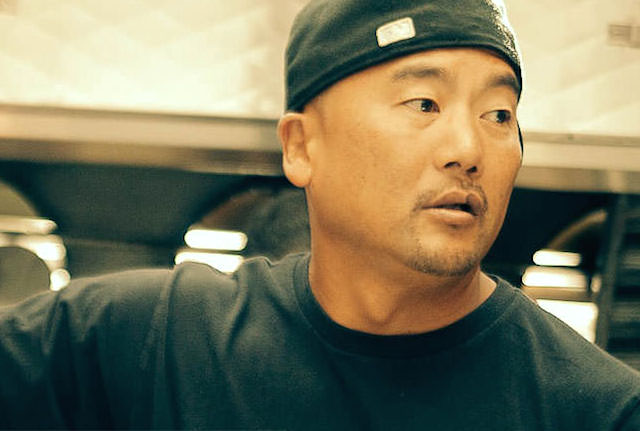 For the past four years, chefs have gathered for the MAD Conference in Copenhagen to discuss the future of food. From progressive food to wild culinary concepts, there's always something shocking going on at the gathering designed by Noma's innovative chef Rene Redzepi. It sort of serves as a TED gathering for the world's top chefs and food industry professionals. This time around, chef Roy Choi announced that he'll be working on a fast food concept called Loco'l meant compete with the likes of Burger King and McDonald's, offering low-income communities nourishing, healthful food.

"We want to go toe to toe with fast-food chains and offer the community a choice," said Choi.

Choi will collaborate with Daniel Patterson, who owns Coi in San Francisco and has made some cameos on PBS's hit show "Mind of a Chef," for the project. Patterson will develop most of the healthy, seasonal recipes. And the buns for their burgers will be created by none other than Chad Robertson of Tartine Bakery.

Loco'l is going to aim to keep prices competitive with other chains. All of the items on the menu will range from $2-$6, leaps and bounds more affordable than what the chefs serve at their higher-end establishments.

The first location will open in San Francisco in 2015, with the second outlet debuting in Los Angeles shortly thereafter. They are hoping to open "like a million" throughout the U.S. Says Eater:

The offerings will also include burgers made with a beef and grain/tofu mixture, salads, rice bowls, and "cross cultural" items like falafel and tacos. The first location will aim to open inside San Francisco's economically-depressed Tenderloin with spaces averaging around 1,500 square feet.

The seed for this concept was planed at last year's MAD Conference, where Choi talked about Los Angeles' hunger crisis and our arid food deserts. He urged chefs to get involved in solving the problem beyond lavish charity and fundraising events serving canapés to well-heeled foodies.

Since then, Choi and Patterson have walked the walk. Choi opened 3 Worlds Cafe in South Los Angeles serving fresh fruit and smoothies amid a sea of liquor stores. Patterson began working with Larkin Street Youth Clinic, according to the SF Chronicle, which provides services for homeless youth, a partnership that spawned the Cooking Project, a nonprofit initiative that teaches cooking skills to at-risk young people in the Tenderloin.

"It's not that chefs aren't making an effort. What I question is how our efforts are being used," Patterson told the Chronicle.

And this is certainly a step in the right direction.