Weekend Planner: 24 Things To Do In Los Angeles

Not going to FYF or the LA Food and Wine Festival? No worries, we got your weekend covered with these 24 events.

MUSIC: On Friday night, FIGat7th in DTLA presents the final free concert of the season during the FIGat7th Downtown Festival. Kevin Bronson of BuzzBands.LA hosts the evening, which features performances by The Belle Brigade and In The Valley Below. Parking is $5 on Friday nights after 4 pm with validation. Music from 8-10 pm.

DARK NIGHTS: Friday, Aug. 22 is a Dark Night at L.A. Live, meaning it’s a rare night in which there are no major events happening in the complex. To take advantage from 5 pm on, there are $5 food & drink menus at 10 participating restaurants and $5 parking (enter through West Garage, Gate B, cash only). Live music and art throughout the night, too.

FILM: We loved Frank—a film in which Michael Fassbender’s beautiful face is covered by a big paper mache head much of the time—when it played at the LA Film Festival earlier this year. It’s now playing at the Nuart from Aug. 22-28. Director Lenny Abrahamson explores the world of art, music, madness and commerce in a quirky drama-comedy through the travails of the band with an unpronounceable name. Maggie Gyllenhaal is awesome as a temperamental theremin player.

FESTIVAL: Fiesta La Ballona is a free, three-day festival of live music and dancing as part of Culver City’s annual Party in the Park from Aug. 22-24. Fiesta is held at Veterans Park and features a number of food trucks and vendors, a beer garden, carnival rides, as well as an eclectic lineup of music, from punk to ballroom dancing. Free admission.

TRAVELOGUES + FILM: My Atlas is a summer series that pairs live travelogues by women travelers with films. Curated by Julia Meltzer, Sasha Archibald and Courtney Stephens, the films are preceded by a speaker that recounts “a specific travel story and/or discuss travel as a mode of self-understanding.” The series concludes on Friday at the Elysian Courtyard with author Vanessa Veselka (Zazen, 2011), talking about her own travel experiences and the representations of women’s travel in cinema and literature. It’s followed by Agnès Varda's 1985 film essay Vagabond, which examines “the particular vulnerabilities of women travelers.” The talk and Q&A begins around 7:30 pm with the film screening at approximately 8:15 pm.

OPERA: An opera based on the Northridge 1994 earthquake? Yep. And for one night only, the Long Beach Opera performs John Adams' I was looking at the ceiling and then I saw the sky on Saturday night under the stars of the Ford Amphitheatre. With a libretto by the late poet June Jordan, the genre-defying play has pop, jazz, gospel, blues and funk influences accompanying Adams’ minimalist score. Tickets: $60-$100 with a VIP package for $125 that includes premium seating, a choice of wine or beer, and on-site parking. 8 pm.

COMEDY: On Saturday at 9 pm, NerdMelt presents Can I Kick It? with comedians Al Jackson, Tone Bell, Joe Derosa and others. They’re projecting and dissecting old school hip hop videos from the ‘80s and ‘90s. Celebrate the good old days in style. Don’t forget your Hammer pants and Adidas sneaks. Tickets: $8 in advance, $10 at the door. 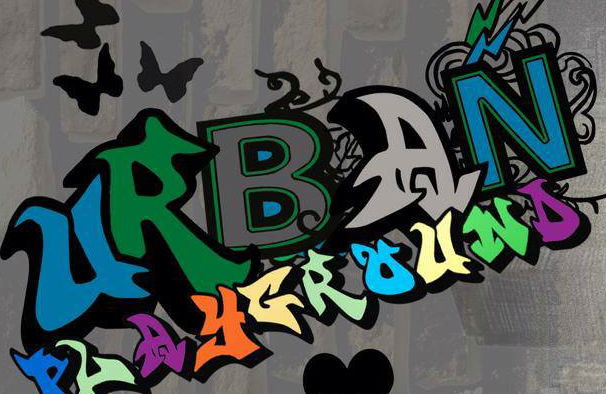 The Gabba Gallery opens the exhibition 'Underground Playground' on Saturday night. (Image courtesy of the gallery)

MUSIC: Sunset at the Oasis is a 2014 series of music and culture on Saturday nights at The Frog Spot, a pop-up café and weekend visitor center operated by Friends of the Los Angeles River. Located off Newell Street on the edge of the Glendale Narrows portion of the river, the series features music this Saturday by Perro Bravo, formed by Mike Happoldt (Sublime, Long Beach Dub All Stars) and the pop-funk stylings of Life. Cost: $15 donation to Friends of the Los Angeles River gets admission, two drink tickets (beer/wine) and snacks. The series runs through Oct. 4.

FILM: NewFilmmakers Los Angeles (NFMLA) holds its monthly screening of new short films and a feature at AT&T Center in Downtown LA on Saturday night. The first short program begins at 6:15 pm, followed by a second slate of films at 7:15 pm. The feature screening—While We Were (director Robert Roa)—begins at 9:30 pm. There are pre-and post-receptions for each program to meet the actors and crew. Tickets: $5 online or $7 at the door or $15 for an all-night access pass, which includes complimentary drinks. Complimentary event parking at 1133 S. Olive St., in DTLA.

DRINKS: ACME Hospitality Group is hosting its first-ever ACME Bar Crawl in DTLA on Saturday night. All five of the group’s Downtown bars are participating - Library Bar, Beelman’s Pub, Sixth Street Tavern, Spring St. Bar and ending with a 90s dance party at King Eddy Saloon. The bars are easily walkable and start at any bar and move at your own pace. The $35+fees ticket prices include a signature drink and snack at each location, the dance party and raffle tickets. This event, naturally, is 21+.

MUSIC: The Getty Center’s Saturdays Off the 405 series returns on Saturday from 6-9 pm with an evening of live music, great views, refreshments and, of course, art. Live hip-hop-jazz-influenced instrumental music by the trio BADBADNOTGOOD (BBNG) with a DJ set by Nocando. Free; no reservations required.

MUSIC: Reggae great Rocky Dawuni plays a free concert at Levitt Pavilion in MacArthur Park to celebrate the release of his ‘African Thriller’ single from his upcoming Branches of the Same Tree album. Spinning tunes is DJ Nnamdi. 8 pm. Concert is free.
​
POPUP DINNER: PopUp Dinner LA returns for its 3rd consecutive year on Saturday night. The dinner’s secret location isn’t revealed until the day of; but when it is, wear all white and bring a picnic and table accoutrements to join a couple thousand of your close friends for dinner and live music and dancing. Last year’s picnic drew about 2,000 people to the Santa Monica Pier. Admission is $35.

FESTIVAL: The Venice Beach Music Fest is a free event running from 11 am-7:30 pm Saturday at Windward Plaza with live music from Willie Chambers, the Roots Collective, The Greg Douglass and others, belly dancers, performers, authors and others. Visual artists showing their works include art by sky, Audrey McNamara, RaRa SuperStar, Brian Mylius, Paula Celzo and Brandy Orvis. The after-party starts at 7:30 pm at Danny’s Venice.

DANCE: The Voices of LA Festival continues on Sunday afternoon at 3 pm with a free performance by the Ate9 Dance Company & Omid Walizadeh at the Wallis Annenberg Center for the Performing Arts in Beverly Hills. Israeli choreographer Danielle Agami and her Ate9 Dance Company performs with Walizadeh’s live, Persian electronic sounds. RSVP is highly recommended for this free event. Arrive early because unclaimed reservations will be released to the standby line 15 minutes before the performance.

BIKE + ARTS FESTIVAL: CICLE and the Santa Monica Museum of Art have teamed up for Tour da Arts (Vol. 6), a free cultural bike tour through the city of Santa Monica. The nine-mile ride, held from noon to 5 pm, is filled with art, music and theater, including performances by Miwa Matreyek, Anna Oxygen and Bicycle Odyssey LA. Art exhibitions on view: Robert Swain: The Form of Color and Nonfictions: Jeremiah Day/Simone Forti/Fred Dewey. Stops include SMMoA at Bergamot Station, the Santa Monica Bay Woman’s Club and John Adams Middle School. The event is free and open to all ages and riding abilities, but registration is requested.