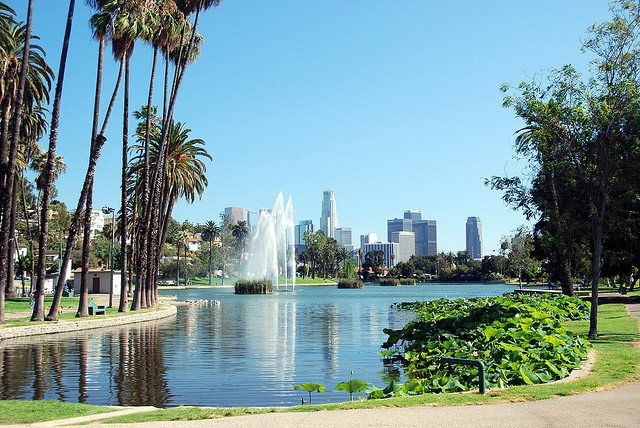 It's summer and we know you'd rather be working away on your laptop outside under a tree instead of being stuck inside of a Starbucks. Well, you're in luck. Our city's Department of Recreation and Parks is launching a free WiFi service at six parks starting this Thursday.

That means if you're at Cabrillo Beach, Echo Park Lake, Griffith Observatory, Pershing Square, Reseda Park, and Venice Beach, you'll get to enjoy the benefits of free WiFi at the designated hotspots there as part of their pilot program called Oh, Ranger! Wi-Fi™, according to a press release from Councilman Tom LaBonge.

It may not be a free citywide WiFi program (that's in the works right now), but this will tide us over until then.