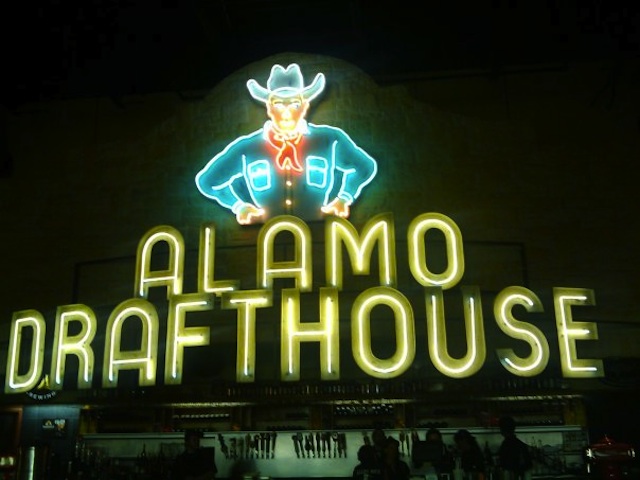 The famed Alamo Drafthouse Cinema announced today that they will be opening their long-awaited Los Angeles theater downtown in 2015, in the Financial District's The Bloc instead of the historic core as initially reported.

In a press release, the company announced that the new theater will have 9 screens and seat up about 800 moviegoers, and will feature the Texas-based chain's signature lineup of eclectic programming and food and drinks service.

The chain is noted for their screening of arthouse, cult, and foreign films alongside first-run wide releases, and regularly hosting events for film fans of all stripes. Their signature event is Fantastic Fest, held every September in Austin. In addition to the food service within the theater, there will be an adjacent craft beer bar featuring Californian beers.

They are also (in)famous for their strict policies, banning children under the age of 6 from most films and ejecting patrons who text or talk during screenings. A voicemail left by an angry (former) patron has since become immortalized as the theater's own PSA and found viral fame.

The Bloc, formerly known as Macy's Plaza, is undergoing a $180 million renovation that will see the plaza re-done as an open-air mall, set to open in the fall of 2015. Among the potential future neighbors of the Alamo Drafthouse in The Bloc will be downtown's first Trader Joe's.

The theater chain is also in the distribution business, with Drafthouse Films founded in 2010 to release "provocative, visionary and artfully unusual films new and old from around the world." Some recent releases of theirs include Mood Indigo, Borgman, and the acclaimed documentary The Act Of Killing.