Weekend Planner: 23 Things To Do in Los Angeles 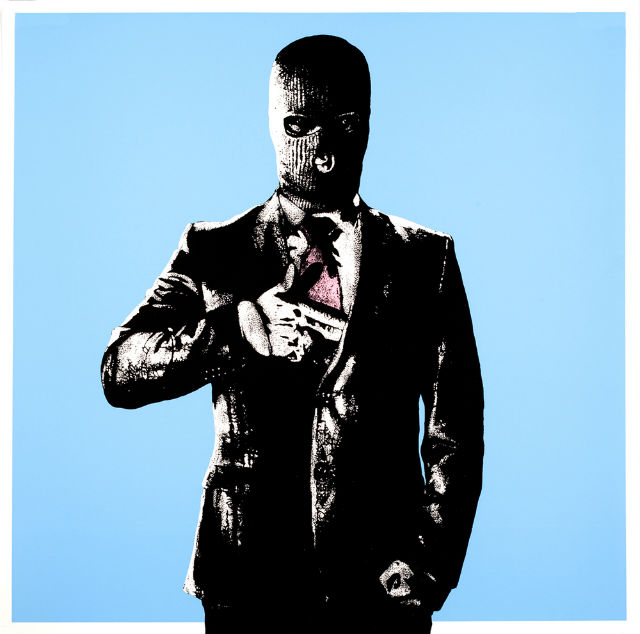 LAist gets a lot of event announcements, and we comb through them all to bring you a curated list of what’s happening in LA this weekend, featuring these 23 events (and not even including Sundance's Next Fest.)

FILM: US and the Game Industry is a new documentary that takes viewers into the inner workings of the game design industry. The film plays exclusively at Arena Cinema in Hollywood, opening Friday with a 7 pm screening and a Q&A with filmmakers. It’s followed by an opening night party at Sadie (across the street). Tickets: $12.

ART + PERFORMANCE: It’s the last event of the Friday Flights art and performance series at the Getty from 6-9 pm on Friday. Hosted by Mikael Jorgensen of Wilco and new media artist Cassandra C. Jones, they bring together friends to present four electronic music projects, an artist's lecture, a video performance piece and operatic tour of the Getty galleries. Free. Park for $10 after 5 pm.

BEER FEST: Brew at the Zoo returns to the L.A. Zoo and Botanical Gardens on Friday from 7-11 pm. Dozens of breweries are participating in the event (including Eagle Rock Brewery, Lagunitas and Golden Road), which includes 4.5-oz beer samples, pub grub for purchase and live music by The Spazmatics, Indian School and the Jug or Nots. Tickets: $45 general admission (presale); $50 at the door (if not sold out); designated drivers: $25 (free non-alcoholic beverages in a zoo cup).

FILM: UCLA Film & TV Archives presents the series, What I Really Do Is Magic: Edith Head and Hollywood Costume Design. It opens Friday with a screening of Dead Men Don't Wear Plaid (1982) at the Billy Wilder Theater at 7:30 pm. This was Head’s last film as costume designer, and the film’s director Carl Reiner is joined by Deborah Nadoolman Landis and John Landis to talk about the film and Head’s career.

K-POP: KCON, the largest annual fan celebration of Korean entertainment, K-Pop and culture, takes place at the L.A. Memorial Sports Arena, with a fan convention all day Saturday and Sunday. There are meet-and-greets, panel discussions and workshops (like Learn Korean Slang! and Bibigo’s Anyone Can Cook Korean Food). There are also concerts that are featuring some of the top names in K-Pop, some of whom are making their U.S. debuts. Ticket range: $50-$250 + fees.

HALLOWEEN: Southern California's premiere Halloween convention ScareLA takes over the LA Mart on Saturday and Sunday from 11 am to 7 pm both days. The event brings the horror community and fans together for presentations, industry panels, hands-on workshops, onsite attractions and an exhibitor hall. The event also provides sneak peeks at some of the upcoming Halloween events in SoCal, from Universal Studios Hollywood’s Halloween Horror Nights, Los Angeles Haunted Hayride, The Great Horror Campout, The Queen Mary’s Dark Harbor and others. Single-day tickets ($25-$250). Passes: $46-$396

PHOTO: Teenage girls ages 11-17 from Boyle Heights are turning an underutilized alley into a public art gallery on Saturday from 6-8 pm. ESTA SOY YO: Me, Myself and I features images that document their lives and share their stories. Address: 1946 E First St. in Boyle Heights.

SUMMER NIGHTS: The last Chinatown Summer Nights of the season takes place from 5 pm to midnight on Saturday. Held at 943-951 N. Broadway (Central and West Plazas) in DTLA, there are a number of dining options, both brick-and-mortar and on wheels, shopping, art galleries, cultural activities, a beer garden and dance party with KCRW’s DJ Anthony Valadez & Raul Campos.

FILM: Eat|See|Hear celebrates the 30th anniversary of one of the best 80's John Hughes films, Sixteen Candles on Saturday with live music, food trucks and an outdoor screening of the film. Long Duk Dong and his Sexy American Girlfriend, portrayed by Gedde Watanabe and Debbie Pollack will intro the film, which will be held at Paul Revere Charter Middle School in Brentwood. Food trucks on site: Belly Bombz, Me So Hungry, Wicked Kitchen, The Gastrobus, Street Foods Co, Tokyo Doggie Style, The Pudding Truck, Coolhaus and Brasil Kiss. Tickets: $10-$20. Children under 5 are free.

ART: iam8bit art gallery in Echo Park presents The Hohokum™ Art Spectacular! on Saturday from 7-11 pm. The show features Hohokum art by the PlayStation game’s creators/developers Richard Hogg and Honeyslug. Be among the first to play the game, too, as they’ll have stations set up as well. The art will remain on view through Aug. 17.

SILENT FILM: The Academy of Motion Picture Arts and Sciences and Villa Aurora present the 2nd Annual Silent Salon with silent films accompanied by Michael Mortilla on the villa’s pipe organ. Head to the Pacific Palisades for a night of picnicking and film, featuring Charlie Chaplin in “The Adventurer,” “Easy Street” and “The Rink.” Come dressed as Charlie Chaplin to pick up a surprise gift. Admission: $15. Parking: Street Parking is available on Los Liones Drive. Shuttle service starts from Los Liones Drive, off Sunset Boulevard two blocks North East of Pacific Coast Highway. Grounds open at 5:30 pm and films at 8 pm.

PARTY: Swing House Studios celebrates 20 years in business and they’re moving from WeHo to a new 21,000-square foot facility in Atwater Village. To say goodbye to the old location, they’re throwing a party on Saturday with performances by The Beta Machine, Dorothy, Prima Donna and Alexa Melo. Eats from from Dogtown dogs and Archie's Ice Cream. Free with RSVP. 8:30 pm.

MUSIC: The California Philharmonic plays two shows this weekend, beginning on Saturday at 8 pm at Santa Anita Racetrack. The program Movie Masterpieces: 150 years of music for film & television features scores from Pirates of the Caribbean, Game Of Thrones, Titanic, Wagner's Die Meistersinger and The Red Violin. Violinist Elizabeth Pitcairn performs music from the Stradivarius that inspired The Red Violin. Concert begins at 7:30 pm, but gates open at 5:30pm for dining and live jazz. There’s a post-concert reception after the show. Tickets: $20-$88 + fees. The orchestra also plays Walt Disney Concert Hall at 2 pm on Sunday. Tickets: $20-$100 + fees.

MUSIC: Singer/songwriter Glen Hansard, half of the duo behind the music of the film/play Once (and bands The Frames and The Swell Season), headlines the Hollywood Bowl on Sunday night, joined by The Head and the Heart and Iron & Wine. Tickets: $13-$143. 7 pm.

SWIM: The Skybar at the Mondrian presents a Full Moon Bazaar & Night Swim on Sunday from 7 pm to 2 am. The fashion pop-up event lets attendees check out some fav and up-and-coming designers, from Generation Hustle, BASE, Tabb, Moi Moon, Freedom of Animals, Orka Mesica, Natalia Benson, Knowlita and Pangea Swim. The event is free with RSVP to SkybarLA@mhgc.com.

BIKE FEST & SCAVENGER HUNT: The Melrose Business Improvement District hosts its first FameFest BikeFest & Scavenger Hunt on Sunday from 1-6 pm. It’s a treasure hunt and art show that people can bike to with the help of clues found at participating retailers. Pick up a Scavenger Hunt Passport at in the Fame Fest Art Yard (located at 7761 Melrose Ave) and collect stamps for a chance to win gift certificates and a brand new bike. Or just chill at the Fame Yard and listen to live music from Bearwulf, DJ Mixter Ed and Chris & Maggie, watch the live mural painting by Brandon Sopinsky, Eye One and Jennifer Korsen or check out local crafts.