Video: Drunk And Friendly Charlie Sheen Shows Off His Tattoos In A Taco Bell Drive-Thru 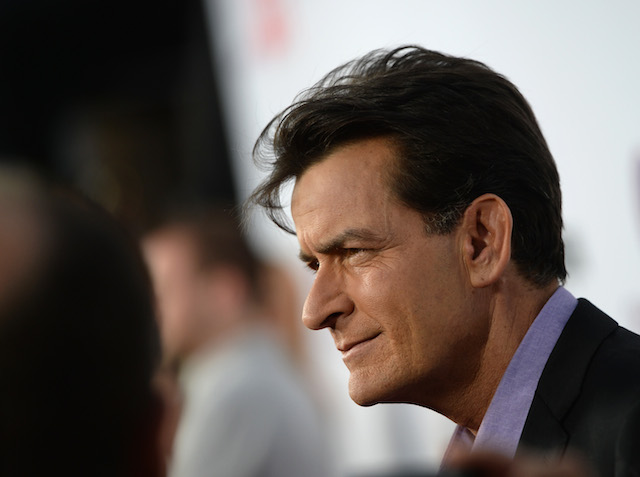 Los Angeles' drunk uncle Charlie Sheen was spotted at a Taco Bell recently, exhibiting typical Sheen-behavior while on his quest for the fourth meal.

In the video shot by YouTube user Jayden Blair, Sheen staggers through the bushes of the Taco Bell drive-thru at Blair's request, who claims his companion, Tamara, is a big fan. Sheen leans into Blair's car window and apologizes for being "so fucking hammered," then pleasantly discusses his tattoos and introduces them to his friend (and designated driver) Gary.

Sheen's tattoos include a fading Charlie Brown on his chest and the Cincinnati Reds logo on his forearm. Good to see he's still winning.