If you've watched the cult classic, The Room, then you know you've seen a gem—as in one of the greatest worst movies ever made. And now there's a comic book written by one of the actors of this 2003 movie that reveals some awesome behind-the-scenes moments.

The Room still has folks lining up in droves around the country to catch some late night screenings, very much in the same vein as The Rocky Horror Picture Show. So, even over a decade later, it doesn't seem late at all that Philip Haldiman, who portrayed Denny, an eager (and creepy) college-student neighbor, in The Room, has published his first two issues of My Big Break; it's a comic book that reveals what happened on The Room set and also looks back to his 20s when he was an actor in Hollywood.

One of the biggest draws to The Room is its enigmatic writer, director, producer and star, Tommy Wiseau, who created a film about a bizarre love triangle full of plot holes and horrible dialogue. NPR called it a "cinematic train wreck." The best part is that Wiseau's embraced all of this and even attends some of the screenings and throws a football around with fans.

Haldiman discusses Wiseau's bizarre directing style as well as his "elusive accent," among other things. And folks familiar with East Hollywood will even have glimpses into local spots like the now-shuttered The White Horse Bar on Western Avenue.

Haldiman's aiming to put out a total of ten issues for My Big Break. He talked to LAist about what readers can expect in the upcoming comic books, which will include a mix of real-life Hollywood stories (like getting hit on by Andy Dick in the bathroom of the Swingers restaurant) but also juicy tidbits about his interactions with Wiseau.

"We'll get into the mysteries of a fractured script by Tommy Wiseau, the appearance of a new script supervisor on set who gave the actors and crew hope, the premiere that left everybody thinking that The Room would never see the light of day, and the explosion that the cult film became, leaving me dazed and confused for a while, but then oddly fulfilled," Haldiman says.

There will also be a feature in the series called "Denny Behind the Scenes," which will tell Denny's origin story. The questions Haldiman plans on answering about Denny are: "How did he become an orphan and then meet Johnny? How did he meet Chris-R? What kind of drugs were they? Why does he like to watch?"

Haldiman was 25 when he shot The Room and will be 37 in a couple of months. Since he left Hollywood, he's gone back to school and been a journalist for the Arizona Republic for the past five years.

Although he hasn't talked to Wiseau since the premiere, he says he still keeps in contact with the other cast members, including Juliette Danielle, who played the lead female role, Lisa (as in "You're tearing me apart, Lisa!"). She even visited him in Phoenix, Arizona to shoot a trailer with him for his comic book, which you can watch here:

"Like being in the strangest of fraternities, The Room provided its own bizarre form of hazing that could have only brought us closer," Haldiman said. 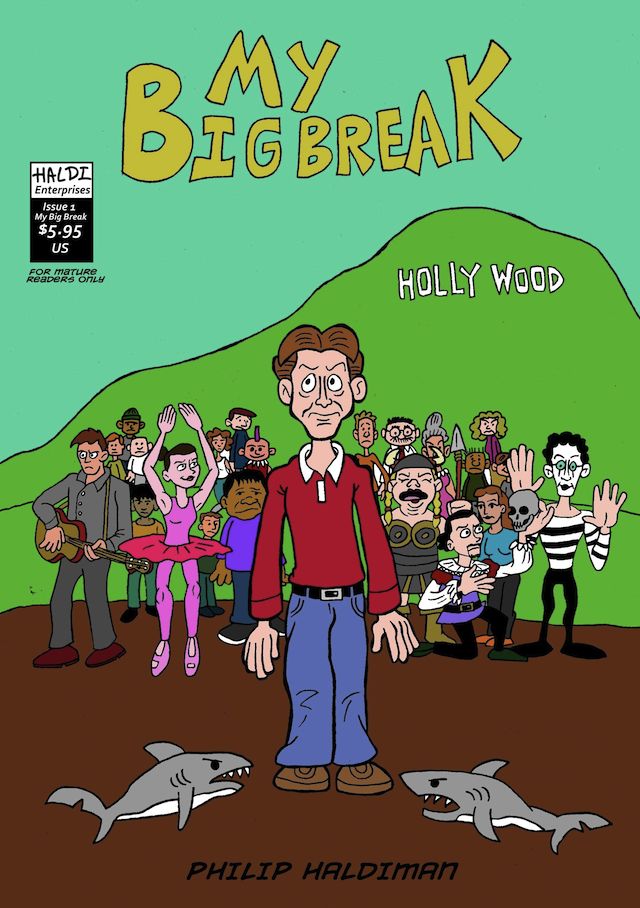 Philip Haldiman will be signing his first two issues of "My Big Break" on July 19 from 6 p.m. to 9 p.m. at Meltdown Comics located at 7522 Sunset Blvd. in West Hollywood. For more information on his series, visit his website, Facebook and Twitter.