No, Steven Spielberg Does Not Hunt Dinosaurs For Sport 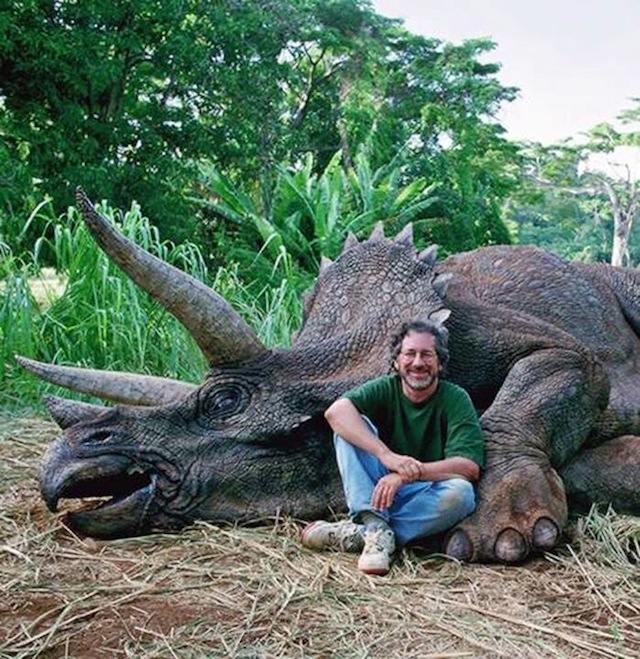 Jay Branscomb attempts satire on his Facebook page. Some people missed it by a mile.

A man decided to mock the Texas cheerleader who became notorious for posing with exotic animal carcasses she killed. He posted a satirical Facebook post calling out Steven Spielberg for his "trophy shot" in front of a triceratops on the set of Jurassic Park. What happens next will shock you!

Facebook meme-maker Jay Branscomb wrote the following caption for the picture above: "Disgraceful photo of recreational hunter happily posing next to a Triceratops he just slaughtered. Please share so the world can name and shame this despicable man."

Some people took him at his word. Facebook commenter Penelope doesn't hold back, calling Spielberg an "inhumane prick" and "animal killer." She goes on a rant about overpopulation and "uneducated" hunters. She doesn't care if triceratops are overpopulating the earth. That gives us no right to kill them! 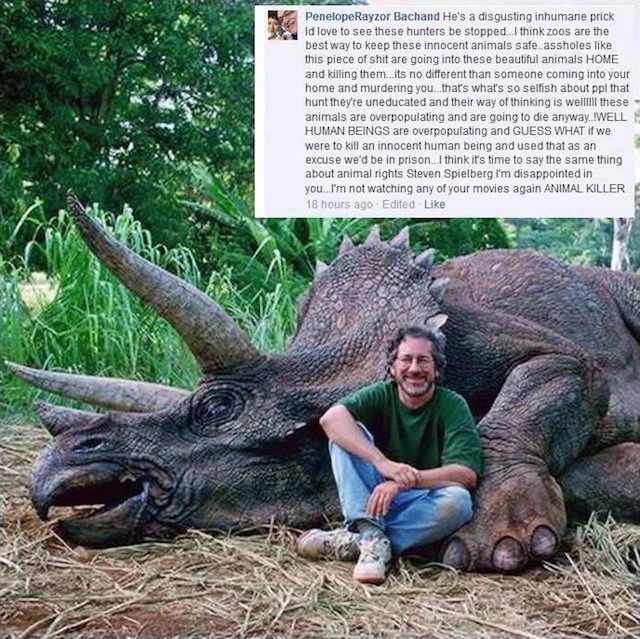 These comments were followed by about 5,000 people (and counting) who offered sharply-worded reminders that triceratops haven't been around for awhile, that this post was satire and that our democracy is in peril. Branscomb responded with another enemy (or "enemy," just in case the joke wasn't clear) of wildlife: 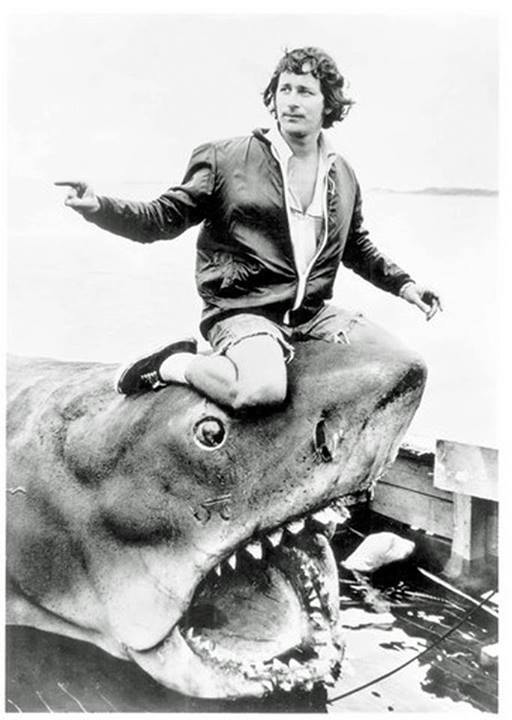 He writes, "Folks, we need your help identifying the vicious shark-killer shown posing with his illegal prey. Sharks are essential to the eco-system and their waters are protected off the coast of California. If you have any knowledge of this fiend's identity or whereabouts, please contact authorities immediately."

Eds. note: I guess we were victims of Poe's law, too. Vincent Smith writes in our comment section that he was just playing along with Jay in this comment. Apologies, Vincent: you got us!