Here Are The Nominations For The Primetime Emmys 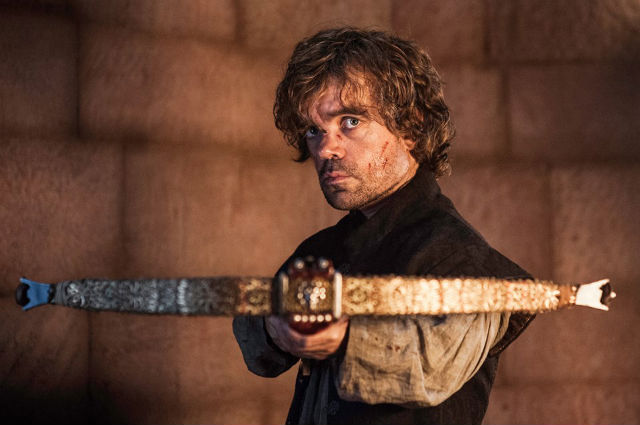 The nominations for the 66th Emmy Awards were announced early this morning at the Television Academy in North Hollywood by Carson Daly (The Voice), Mindy Kaling (The Mindy Project) and Television Academy Chairman and CEO Bruce Rosenblum.

However, we noticed some major snubs at this year's nominations. Hannibal got zilch—not even for art direction — it's a beautifully but gruesomely done show. Network dramas got a big diss as well; none of those were nominated, even The Good Wife, which is in one of its best years in its fifth season. There was no love for versatile actress Tatiana Maslany for Orphan Black (it's upsetting she hasn't received any respect for the second year in a row!), or even Keri Russell for The Americans, whose talented performance as a Soviet spy has been overlooked. (The Emmys must have some major beef with The Americans since lead actor Matthew Rhys wasn't on the list either for one of the best dramas on TV right now.)

OITNB received lots of love though, with Taylor Schilling getting a nod for Outstanding Lead Actress in a Comedy Series, as well as Laverne Cox, Uzo Aduba (our fave Suzanne "Crazy Eyes" Warren) and Natasha Lyonne all for the Guest Actress spot. Even Jodie Foster was nominated for directing an episode for OITNB.

Some of our favorite Downton Abbey folks made it to the Emmys list: Michelle Dockery (Lady Mary Crawley) and Jim Carter (Mr. Carson!).

It's great to see some newcomers to the Emmys: Lizzie Caplan got her first Emmys nod for Masters of Sex, and finally William H. Macy got noticed for Shameless. Kata Mara also received a nomination or her work on House of Cards, after missing the nod for the Netflix show's first season.

But where is Elizabeth Moss on this list for Mad Men? Sure, Christina Hendricks is a favorite too and she got a nod for supporting actress, but we want folks to give Moss some love, too.

This is Breaking Bad's last run (though we may see some characters again with the upcoming Better Call Saul), with Bryan Cranston, Aaron Paul and Anna Gunn all receiving nominations. Cranston is up against some tough competition this year, however, including true detectives Matthew McConaughey and Woody Harrelson and Kevin Spacey's Southern accent.

On the comedy end, whether you love it or hate it, Brooklyn Nine-Nine didn't even make the cut even though the show got best comedy of the year for the Golden Globes. We were surprised Ricky Gervais got nominated for Netflix's Derek which hasn't exactly received glowing reviews from critics.

Check out the Emmy nomination highlights below:

Outstanding Lead Actor In A Miniseries Or A Movie

Chiwetel Ejiofor as Louis Lester in Dancing On The Edge
Martin Freeman as Lester Nygaard in Fargo
Billy Bob Thornton as Lorne Malvo in Fargo
Idris Elba as John Luther in Luther
Mark Ruffalo as Ned Weeks in The Normal Heart
Benedict Cumberbatch as Sherlock Holmes in Sherlock: His Last Vow

Outstanding Lead Actress In A Miniseries Or A Movie

Jessica Lange as Fiona Goode in American Horror Story: Coven
Sarah Paulson as Cordelia Goode Foxx in American Horror Story: Coven
Helena Bonham Carter as Elizabeth Taylor in Burton And Taylor
Minnie Driver as Maggie Royal in Return To Zero
Kristen Wiig as Cynthia Morehouse in The Spoils Of Babylon
Cicely Tyson as Carrie Watts in The Trip To Bountiful

Jim Parsons as Sheldon Cooper in The Big Bang Theory
Ricky Gervais as Derek in Derek
Matt LeBlanc as Matt LeBlanc in Episodes
Don Cheadle as Marty Kaan in House Of Lies
Louis C.K. as Louie in Louie
William H. Macy as Frank Gallagher in Shameless

Aaron Paul as Jesse Pinkman in Breaking Bad
Jim Carter as Mr. Carson in Downton Abbey
Peter Dinklage as Tyrion Lannister in
Josh Charles as Will Gardner in The Good Wife
Mandy Patinkin as Saul Berenson in Homeland
Jon Voight as Mickey Donovan in Ray Donovan

Paul Giamatti as Harold Levinson in Downton Abbey
Dylan Baker as Colin Sweeney in The Good Wife
Reg E. Cathey as Freddy in House Of Cards
Robert Morse as Bertram Cooper in Mad Men
Beau Bridges as Barton Scully in Masters of Sex
Joe Morton as Rowan Pope in Scandal

Outstanding Writing For A Drama Series

Breaking Bad • Ozymandias by Moira Walley-Beckett
Breaking Bad • Felina by Vince Gilligan
Game Of Thrones • The Children by David Benioff and D.B. Weiss
House Of Cards • Chapter 14 by Beau Willimon
True Detective • The Secret Fate Of All Of Life by Nic Pizzolatto

Outstanding Directing For A Drama Series

Outstanding Writing For A Comedy Series

Outstanding Directing For A Comedy Series

Outstanding Supporting Actor In A Miniseries Or A Movie

Outstanding Supporting Actress In A Miniseries Or A Movie

Outstanding Writing For A Miniseries, Movie Or A Dramatic Special

Outstanding Writing For A Variety Series

Outstanding Writing For A Variety Special

Outstanding Directing For A Variety Series

Outstanding Directing For A Variety Special

The Beatles: The Night That Changed America by Gregg Gelfand
The Kennedy Center Honors by Louis J. Horvitz
The Oscars by Hamish Hamilton
Six By Sondheim by James Lapine
The Sound Of Music Live! by Beth McCarthy Miller and Rob Ashford
67th Annual Tony Awards by Glenn Weiss

Outstanding Host For A Reality Or Reality-Competition Program

Betty White for Betty White's Off Their Rockers
Tom Bergeron for Dancing With The Stars
Jane Lynch for Hollywood Game Night
Heidi Klum, host, and Tim Gunn, co-host for Project Runway
Cat Deeley for So You Think You Can Dance
Anthony Bourdain for The Taste

Antiques Roadshow
Diners, Drive-Ins and Dives
MythBusters
Shark Tank
Undercover Boss
Who Do You Think You Are?

JFK
Paycheck To Paycheck: The Life And Times Of Katrina Gilbert
Running From Crazy
The Sixties: The Assassination Of President Kennedy
The Square
Whoopi Goldberg Presents Moms Mabley

Anthony Bourdain: Parts Unknown
Inside The Actors Studio
Through The Wormhole With Morgan Freeman
Vice
The Writers' Room

Outstanding Art Direction For A Contemporary Or Fantasy Series (Single-Camera)

Outstanding Art Direction For A Period Series, Miniseries Or A Movie (Single-Camera)

Outstanding Art Direction For A Contemporary Program (Half-Hour Or Less)

For a complete list of nominations, please visit Emmys.com