It's a rarity to meet someone from L.A. who is actually from L.A., which is part of what makes this city so interesting. But that doesn't mean that transplants from other states don't get homesick, especially for namesake dishes from their home towns.

While there's hardly a substitute for an authentic New York bagel, squeaky Midwestern cheese curds, or a Michigan-style olive burger, there are some dine out substitutes to tide you over til you head home for the holidays. Here's what we've found. 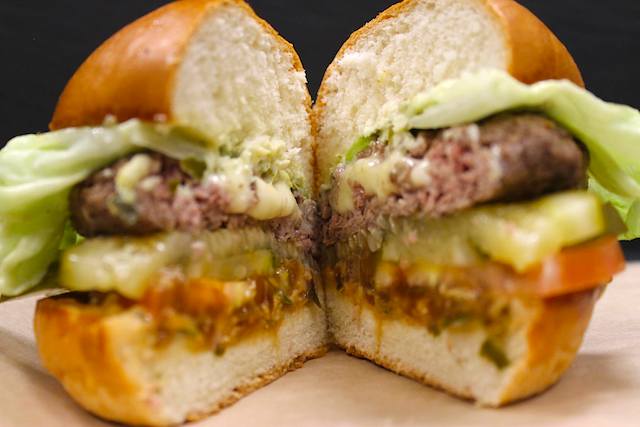 The original Juicy Lucy was created in the 1920s. It was made by stuffing cheese into the center of a beef patty, rather than placing it on top. At this Downtown burger joint, Chef Paul Shoemaker (formerly of Bastide, Providence and Water Grill) puts a California twist on the classic, using organic and all-natural ingredients from local farmers. There are twists using other proteins, but the classic is stuffed with both cheddar and American cheeses and topped with lettuce, tomato, caramelized onions, pickles, thousand island and garlic aioli.

There are plenty of local options if you're after thinly-sliced pieces of steak and melted cheese on an Amaroso roll, and which is the best is up for debate depending on your taste and style. Inventor Pat Olivieri might have approved of Philly transplant Patrick Good's version at the lamentably closed Shack in Santa Monica, but there are others around too. The road stove called the South Philly Experience does a good job, as does the chainlette Philly's Best, who ships in frozen Amaroso rolls from Philly for their sammies.

This St. Louis-style cake is a dense delicacy made from baking a layer of butter and yellow cake batter topped with a second layer made from eggs, cream cheese, and (sometimes) almond extract. Blue Cow Kitchen in DLTA is the only location we could find serving it, and they've had it on the menu since their opening. It's $6 per slice, and is topped with the traditional powdered sugar as well as a dollop of creme fraiche and a few strawberries. 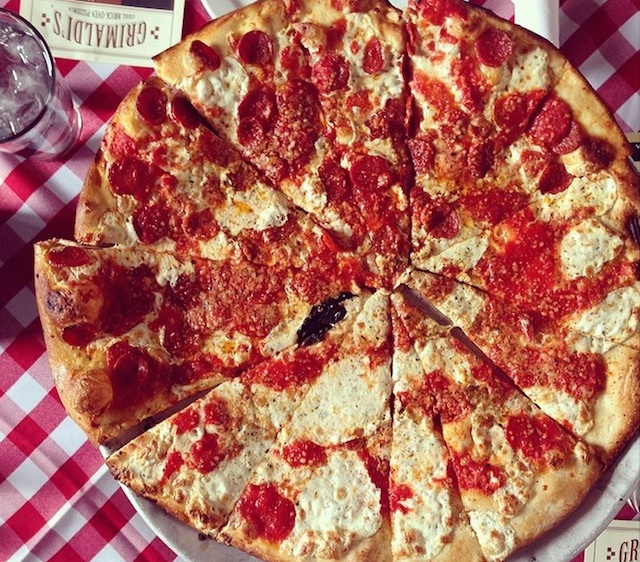 There are lots of things that New Yorkers miss when they move to L.A. — late last calls, reliable public transportation, decent bagels, and a good slice. Perhaps it's the water, maybe it's the weather, but it's really hard to replicate that foldable crust that's so signature New York. Grimaldi's in Manhattan Beach and Joe's Pizza in Santa Monica do a good job of tiding East Coasters over for a while, perhaps because of their owners, who both spent time flipping pies in the Big Apple. Even if a slice doesn't make you feel better, just take a look at the beautiful beaches in the area and remember why it is you moved here. 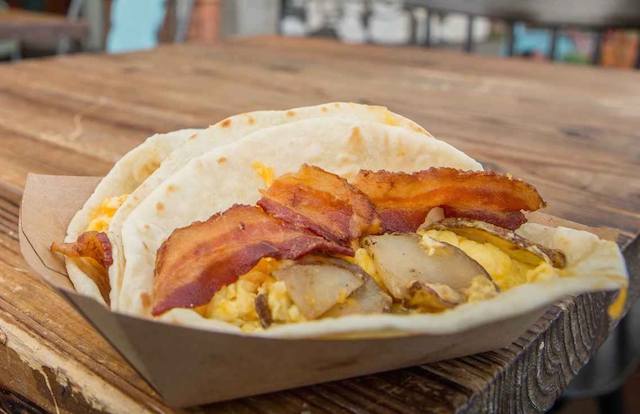 Head over to Home State on a Saturday morning, and you'll see proud Texans wearing their gear as they chow down on breakfast tacos wrapped in house made tortillas while dipping chips in bubbling hot queso and sipping on Cuvee coffee from Austin. The Texas kitchen also serves Frito pies and migas — which are basically a Tex Mex version of chilaquiles made with freshly fried tortilla chips topped with brisket and pico de gallo. It's no light breakfast, but it sure is satisfying.

These long green chilies from southwest New Mexico have a short harvest season in September that sparks all sorts of parties and festivals in their home state. Here in L.A., farmers and purveyors have taken note of their popularity, and you can find them at some farmers markets like the Santa Monica Pico Farmers Market and El Rey Farms, as well as select Albertsons and Bristol Farms. (Be sure to call in advance to find out when they're roasting.) You can find them on the Hatch Burger, along with three other types of roasted green chilies, at Umami. 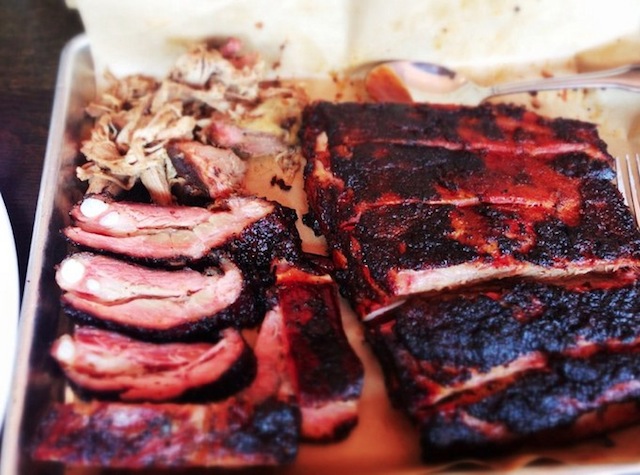 Photo of Bludso's BBQ via the T. Tseng on Flickr

We're well aware that there are varying types of BBQ from around the South, and which one is superior definitely depends on where you were raised. We're smart enough not to get into that debate, so we'll just rattle off a few of our favorite places for the following: Bludso's (Texas-style) ; Baby Blues BBQ (Memphis-style); BigMista's (North Carolina and Texas-style hybrid); Phillips (the best darn ribs, period.)

Jon Stewart may argue that deep dish isn't even pizza, but whatever it is, it's delicious. You can find plenty of mile high pies here in L.A., including places like Masa of Echo Park, which we love before a show at the Echo. Hollywood Pies makes a really great rendition, too, with flavorful tomatoes, house-made ricotta, Italian sausage and meatballs. You can do take-out or delivery, too, but just make sure to pack a knife and fork.