While fetishism has been around for decades (Bettie Page being one its biggest stars in the '50s), it wasn’t until around the early '90s when its presence in the nightclub scene became prevalent. Widely recognized as bringing the S&M lifestyle and aesthetic above ground, promoter James Stone (Club Fuck) and The Fetish Ball (with Joseph Brooks) is often cited as its first and foremost champion in Los Angeles. He passed away last year, but had ceased throwing his parties several years prior. Since then, many L.A. promoters have stepped up and thrown spanking good soirees in his wake, incorporating DJs and dancing with kinky performance art and envelope-pushing imagery. Some have been short-lived, but most continue to thrive to this day. The fetish community is a loyal bunch and clearly they like to stay tied in (and up!) with like-minded denizens. Here are the best bondagey bashes, fetishy fetes and alt-sexy shindigs going down in Los Angeles right now.

For 11 years and counting, The Bondage Ball has been satisfying the latex-loving, whip-wielding masses with its mega-mashup of L.A. clubs. In fact, it’s the self-proclaimed “biggest quarterly fetish event in America.” And the hodge podge of promoters (the Evil Club Empire, Bar Sinister, Bat Cave and Noize Factory—see more on these below) means that all are welcome, from freaks and furries, to steampunks and burners, to doms and subs, to voyeurs and vamps. The next event, an Independence Weekend blow-out, is this Thursday.

The Bondage Ball is happening at 333 S. Boylston Street on July 3 from 9:30pm - 3:00am. For more information, visit the event page on Facebook. 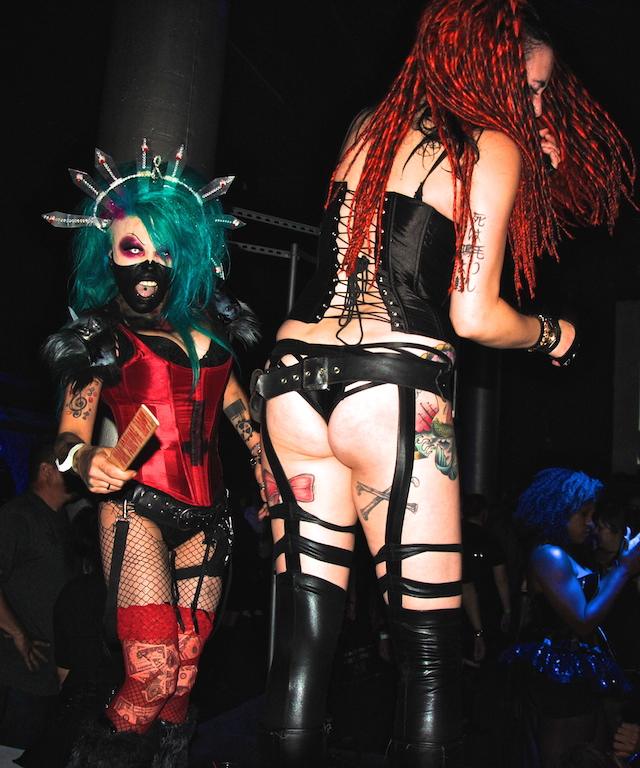 To find out more about their events, follow the Batcave and Noize Factory. 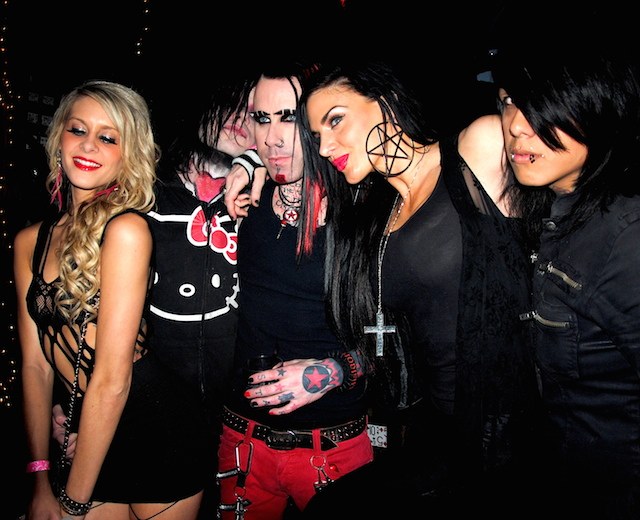 Held at the historic Boardner’s, Sinister is a Hollywood institution. It's the go-to haunt for nightcrawlers with an affinity for black garb, white make-up and all things dark and decadent. Though pigeon—or shall we say, raven—holed as a “goth” club, the ghouls and guys here always lean towards fetish, in fashion and disposition, especially in the upstairs “Purgatory” where Master Paul and guests inflict their tempestuous toys on eager experimentalists and voracious victims.

Bar Sinister happens on Saturdays at 1652 Cherokee Ave. in Hollywood 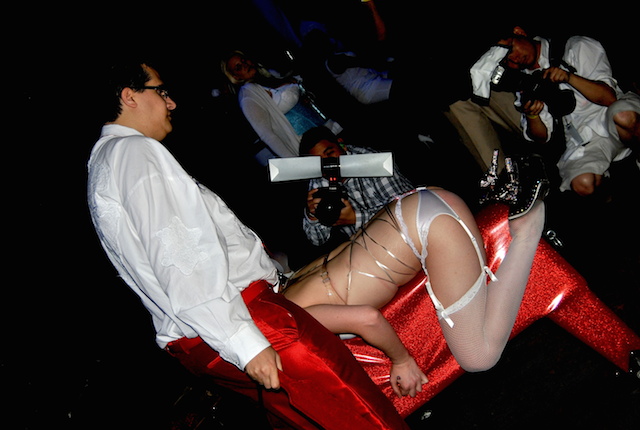 Fetish model, party king and go-go girl wrangler Perish Dignam has built a mini-empire with his sexy-themed underground soirees using the moniker “Studio 69,” featuring his ample supply of nubile dance nymphs via his company Swoon Entertainment. His V Society parties (on hiatus right now) focused on vampire fetishism: fangs, blood letting and suspension (Dave Navarro’s a fan). But all his bashes have a kink factor with spanking stations, fire and spark play and buckled babes doing the bump and grind as atmosphere throughout.

Visit Swoon Entertainment's Facebook page for their next event. 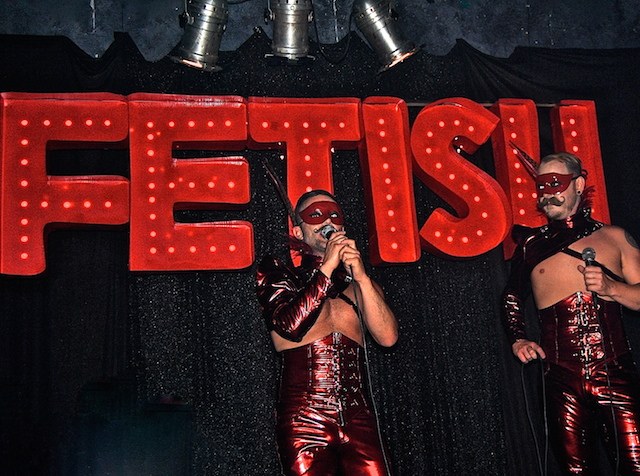 Visit Black Unicorn Party's Facebook page for their next event. 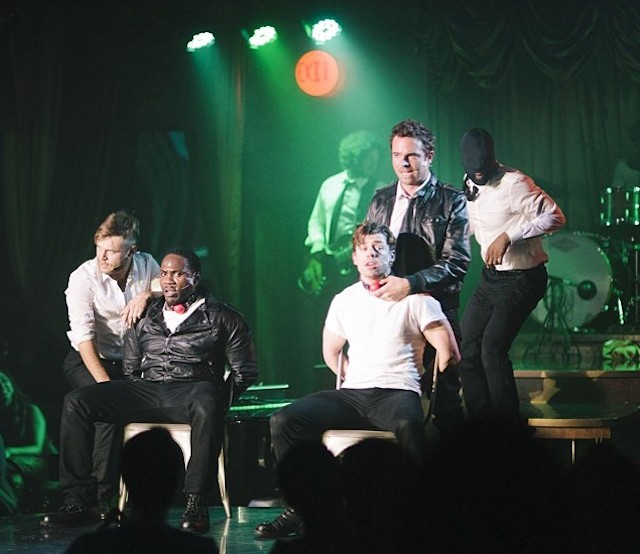 Attracting a more velvet ropey scene than anything else on this list, DBA (formerly 7969 and Peanuts before that) has nonetheless sought to take advantage of its grandfathered-in club license allowing nudity, presenting saucy sights on stage with a fetishy feel. The dance club has featured cosplayer dancers, blind-folding of patrons for interactive fun on stage and more since it re-opened under the curation of Simon Hammerstein of The Box in New York. Bottle service and bondagey atmosphere haven’t always gelled well here, but with a just-launched Friday night called #7969 paying homage to the venue’s past debauchery, there’s still a chance it can hit. 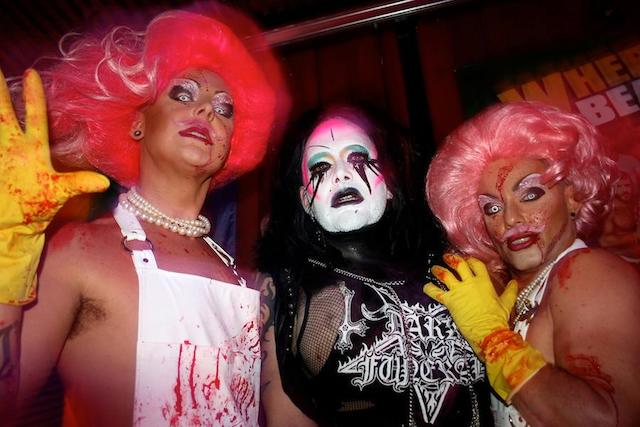 The popular gay bar caters to fellows with fetishes for the following: “DILFS” (dads you’d like to… ya know); “Jox” (sporty guys); “Bears” (hairy dudes); “Brutuses” (big butch boys) and “Dragulas” (drag queens with a nod to horror). See their schedule to see which night has which. And if you’re a normie circuit gay, probably steer clear and go to WeHo.

Faultline is located at 4216 Melrose Ave. in East Hollywood 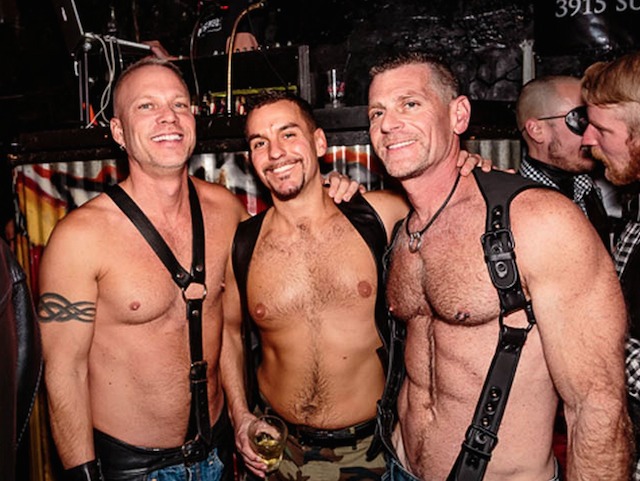 While Faultline gets its share of the butch crowd, The Eagle remains the go-to for traditional leather daddy crews. And with promo names like “Meat Rack, ”Ginger” and “Grunt” it's clear the gay guys who gather here take their tastes and turn-ons very seriously.

The Eagle is located at 4219 Santa Monica Blvd. in Silver Lake 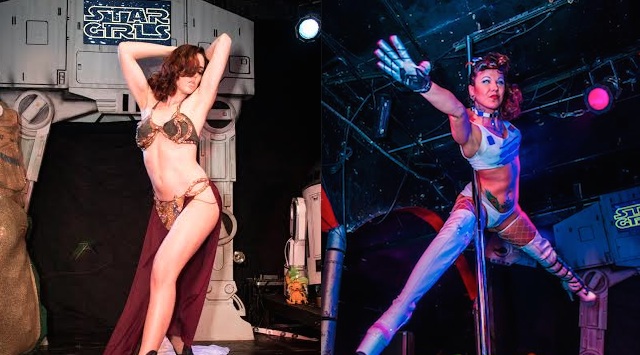 It’s no Jedi mind trick, Star Wars fetish-ism is a thing. And if anyone in Los Angeles can take credit for making siths sexy, it’s gotta be Courtney Cruz and her Star Girls burlesque shows at the Dragonfly. George Lucas may have come up with Princess Leia in slave garb for this films, but he could have never imagined Storm troopers in white corsets and garter belts or Chewbacca as a hot chick in a fur bikini. Also of naughty note at the D-Fly, the rock & roll themed burlesque shows of Vanessa Burgundy, which have paid homage and in their own way, fetishize, rock icons such as The Cramps, Angelyne and (upcoming) The Rolling Stones.

Devil's Playground Burlesque is located at 6510 Santa Monica Blvd. in Hollywood. For more information, you can visit Courtney Cruz's website.

Lina Lecaro is an L.A. born & bred freelance writer, radio show host, mother and nightlife maven featured regularly in the LA Weekly and on The IndependentFM. She wrote a book about dive bars and is currently writing a book about relationships (with a rock n' roll twist). Follow her attempts to have it all on Twitter at @LinaLecaro and on Facebook.