We found a number of notable happenings in July (not even counting the July 4th festivities), so we're ready to help you plan your monthly social calendar. Read on for all our event picks and details.

ART+MUSIC: The Donna Summer Exhibition Four Seasons of Love opens at the Grammy Museum on July 2 as a tribute to the life and career of the “Queen of Disco.” On view are Summer designed gowns and costumes, her set design sketches, handwritten notes and lyrics, photographs, pieces from her art collection and more. Grammy Museum admission: $12.95 for adults; $11.95 for senior citizens (65+); and $10.95 for students with I.D. (ages 6- 22) and members of the military.

ANIME: Anime Expo returns to the Los Angeles Convention Center offering attendees exhibits, talks on their fav anime and manga series, programs like the Anime Music Video Contest, concerts, and an AX Fashion Show as well as “late-night dances, all night video programming, tabletop gaming rooms, and open-mic Karaoke in the late evening/early morning hours.” Passes: Start at $35 for a one-day pass with multiday passes available. Ticket prices will be higher at the door.

FILM: Old Pasadena Outdoor Film Festival—the largest, free open-air film screening series in California—beings its month-long run of 23 free movies throughout Pasadena. The festival opens on July 5 with: Attack of the Killer Tomatoes (1978) at Central Park with music and food at 7 pm and the screening at 8:30 pm; or over at One Colorado, there’s a screening of Moonrise Kingdom at 8:30 pm. 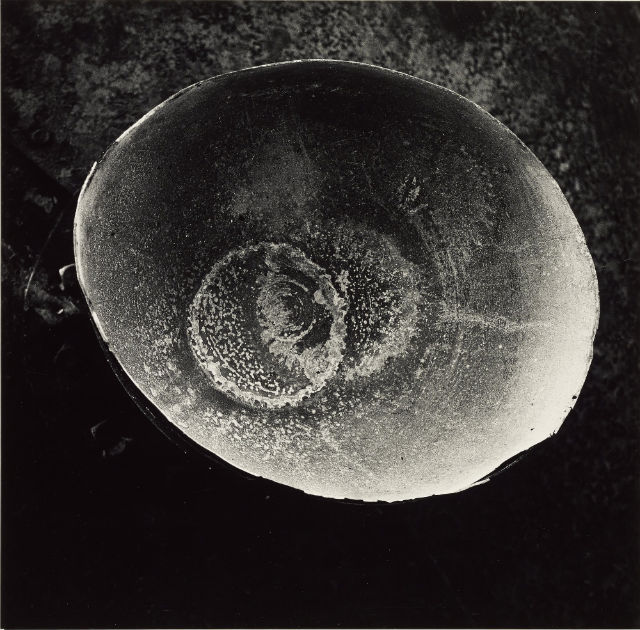 ART: The Getty presents two photo exhibitions. Minor White: Manifestations of the Spirit is a retrospective that examines White’s highly influential work. The other exhibition Convergences: Selected Photographs from the Permanent Collection juxtaposes historical and modern photographs from the Getty’s collection.

FILM: Now in its seventh year, the Downtown Film Fest screens more than 75 feature-length and short films, as well as after-parties each night of the 11-day festival. The fest also tries to provide an immersive DTLA experience, offering a bike tour of DTLA Historic Film Sites as well as art gallery exhibition throughout the run. Both single tickets and passes available.

FILM: 2014 Outfest Los Angeles 2014 screens films that celebrate creativity and power of storytelling with works by and for the LGBT community. Outfest takes over a number of venues in LA, from the DGA to the Sundance Cinemas to REDCAT and others. The festival kicks off with Life Partners, directed by Susanna Fogel and starring Leighton Meester, Gillian Jacobs, Adam Brody, Kate McKinnon and Gabourey Sidibe at the Orpheum Theater on July 10. Ticket prices range from $14-$175, depending on the screening.

FILM: For Westsiders who don’t like to travel to DTLA or Hollywood for film festivals can stay close to home when the Cinema at the Edge Independent Film Festival returns to the Edgemar Cinema, screening indie films from all genres. Opening the festival is A Star for Rose, directed by Daniel Yostv, and closing the weekend are La Vie Revee de David by Paul Le and Julien Prichard and Jake Wilson’s You Must be Joking. All access festival badges: $125; with individual screening tickets $12.

TECH: Wearable Tech LA Conference comes to the Pasadena Convention Center—the first-of-its-kind entertainment and health wearable conference in L.A. A number of speakers and presenters will examine the future of of wearable computing, which is expected to grow exponentially during the next few years. The program includes Stacy Burr, VP of Adidas Wearable Sports Electronics and Paul Crandell, VP of Marketing for, GoPro. The tickets are $495 (instead of $695) for early registration.

VINTAGE TOYS: Don Adler has made his folk toy collection, which he began in 1973, available for purchase with proceeds from individual items to benefit the Craft and Folk Art Museum. Adler will be the guest at the opening reception on July 18, sharing tales of the toys in the collection.

BIERFEST: The Alpine Village in Torrance presents Euro Beirfest 2014, in which they’ve had beers shipped in from across the pond to their taps. Taste Belgian sours, English Porters, French Ciders and other beers from Germany, England, Belgium, Latvia, Czech Republic, Estonia, Lithuania, Poland, Slovakia and even Italy. There will be about 50 beers to choose from, with unlimited tastings. Advanced ticket prices: $32.50 and $52.50 for VIP (which gets you in an hour earlier). 1-4 pm. Designated driver tickets: $10.

MUSIC: The Swedes of Dada Life present Dada Land: The Voyage, a day and night of camping and concerts at the San Manuel Amphitheater in San Bernardino. Performing are Brillz, Dada Life, Mercer, Madeon, Morgan Page and others, with amenities/activities like a Silent Disco, Bouncy Castle, a waterpark, Frisbee golf, fishing, general store , and art and crafts. Concert admission: $40+ fees. Camping extra. The event is 18+.

WATERMELON FEST: The 53rd Sunland-Tujunga Lions Club Watermelon Festival is one of the longest running festivals in Los Angeles, getting bigger each year. So much bigger, in fact, that it moves to Santa Anita Park for the 2014 event. Each admission includes free watermelon slices and a free spin on the Watermelon Wheel for additional prizes. In addition to usual festival fare, there’s a watermelon seed spitting contest and watermelon tossing contest, too, among other melon-centric programming. The festival runs on Saturday, July 19, from 10 am to 9 pm, and Sunday from 10 am to 8 pm. Tickets: $10, $8 for seniors and active military; $5 for children.

VOLLEYBALL: ASICS World Series of Beach Volleyball hits Long Beach for a week-long celebration of beach volleyball and beach life. More than 50,000 guests are expected to watch the pro matches, participate in the 4-person and 6-person amateur tournament or just hang out and listen to live music concerts with Magic!, Bleachers, Somekindawonderful and Eric Hutchinson. General admission to the site is free, but premium seats (daily or weekend) are available for purchase, too.

PUPPET: Henson Alternative’s Puppet Up! — Uncensored is at Pasadena Playhouse, featuring off-the-cuff comedy and sometimes risque comedy from The Jim Henson Company. The puppet antics are projected on large screens, and the production is described as an evening in which “Whose Line Is It Anyway meets Saturday Night Live meets The Jim Henson Company.” The laughs are definitely not for minors. Tickets: $30-$75

PERFORMANCE: REDCAT presents its 11th annual New Original Works Festival (Now Fest), featuring eight new works by artists like Rosanna Gamson, Overtone Industries, John Fleck and others during the course of three weekend. A festival pass is $40 for all three programs and individual tickets are $20 ($16 for students/members).

MUSIC: Central Avenue Jazz Festival is a celebration of the Vernon-Central neighborhood of South LA and its storied jazz history. The free community festival kicks off Saturday, July 26 at 11:30 am in front of the newly restored Dunbar Hotel. Featured artists include Kamasi Washington & Next Step, Patrice Rushen and Ndugu Chancler, Mongorama, Gerald Wilson Orchestra and more. Plenty of food vendors as well as health, wellness, kids, and arts pavilions, too.

MUSIC: International Pop Overthrow Los Angeles 2014 features dozens of up-and-coming pop bands and acts playing Cafe Fais Do-Do, Molly Malone’s, The Good Hurt and Skinny’s Lounge. Many of the shows are either 18+ or all ages, making the festival (and pop music) accessible to a larger audience. Cover charges: $10.

CRAFT FAIR: The Renegade Craft Fair brings its summer market to Grand Park in DTLA. The free event has lined up more than 250 makers, crafters, DJs spinning tunes, and food and drink purveyors. Workshops will be held throughout the weekend, too. Check out the roster of vendors. The market will be open from 11 am-6 pm on both days.

SURFING: The Vans US Open of Surfing helps the city of Huntington Beach celebrate 100 years of surfing with a week featuring the world’s best surfing, skateboarding and BMX. The event will showcase pro men’s and women’s surf competitions, the Vans Joel Tudor Duct Tape Invitational, and Van Doren Invitational Skate and BMX contests. There are also family movie nights and art exhibitions scheduled throughout the week, too.